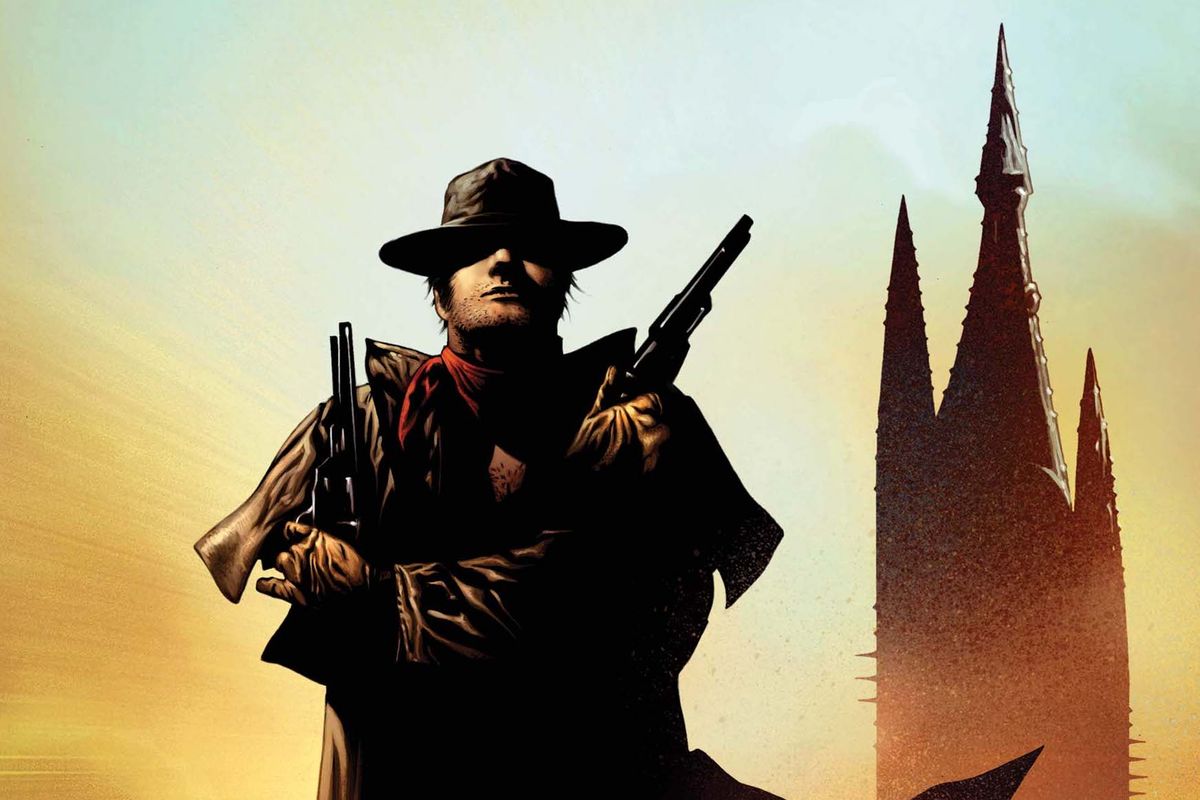 If At First, You Don’t Succeed

There was a movie that came and went in 2017 and it caused barely a ripple with the wider movie-going public.  That movie was The Dark Tower, starring Idris Elba and Matthew McConaughey.

It didn’t trouble the box office and was dismissed by critics as a footnote.  There is, however, one place where it did cause a reaction.

That was among fans of the source material.

With eight novels, plus links to author Stephen King’s wider library, the series has a huge raft of devoted fans.  These fans know the thousands of pages inside out.  They know the lore and love to get into the detail.

Here at FilmGoblin we think it is these fans that are the main cause of Amazon gambling on a relaunch so soon.

Back when the movie was first considered there were rumours of a connected movie / TV show universe spanning several seasons and movies.  Clearly the tales were too dense and complex to be told in just a single movie.

So that’s exactly what Hollywood tried to.

As we have frequently pointed out here, Hollywood is largely run by borderline retards with as much common sense as a toddler and all the creative skills of a blind goldfish.

So they turned to seasoned Hollywood purveyor of complete shit Akiva Goldsman who true to form turned out some complete shit.

Amazon is stepping up their content game with a Lord Of The Rings show also planned for their Prime platform.  Jack Ryan will be back for a second season.  There is also their upcoming adoption of The Boys that we discuss here.

Clearly they are aiming for a gap in the market soon to be left by the end of Game Of Thrones.  With a huge in-built fan base and an ongoing series of books, it looks like they could be on to a winner of an idea.

They also plan to film in Dubrovnik and Northern Ireland where Game Of Thrones helpfully built a premium TV infrastructure that will soon have a lot of time on its hands.

This is also against the backdrop of a renewed interest in live action King adaptions following the success of IT, the pending sequel, and the forthcoming Pet Sematary remake.

Unfortunately other side of the Goldsman shit coin, David Goyer, is attached in some capacity but you can’t win them all.

So what do you think?  Too soon?  Will Amazon’s episodic medium allow the detail to come out?  Or will you stick with the written word?

Will Amazon’s gamble pay off?