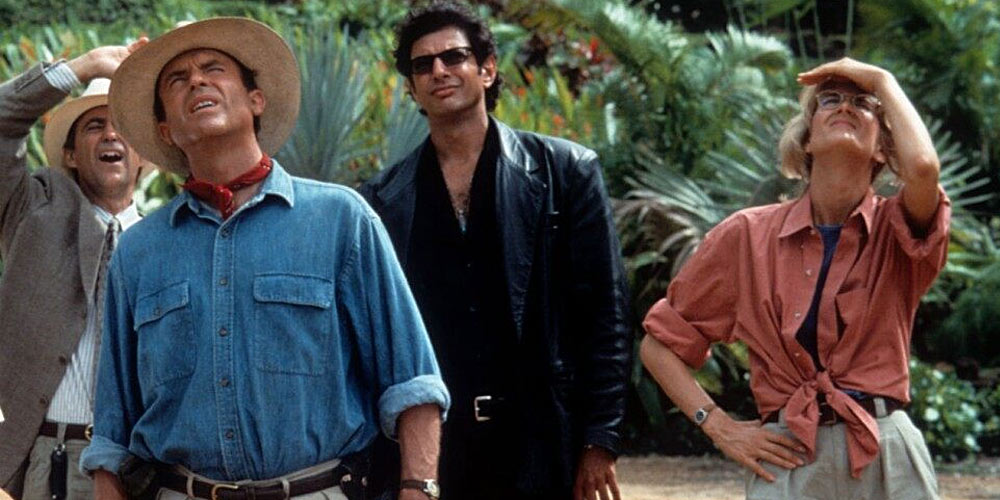 Seems some early rumours have been confirmed by the most unlikely of sources.

In these suspicious times of test balloons, controlled leaks and social media it’s rare that industry news breaks via press release but that’s precisely what has happened.

With nary article from the trades, where “in talks” is always a confirmation, Amblin Entertainment has announced the return of Sam Neill, Laura Dern and Jeff Goldblum in their roles as Dr. Alan Grant, Dr. Ellie Sattler, and Dr. Ian Malcolm.

Back for more adventures… and a whole lot of money, I assume.

This marks the third ride for both Neil and Dern as well as the fourth for Goldblum after his cameo in Jurassic World 2.

He didn’t look like he wanted to be on screen in that one and honestly, I think having his voice-over alone would have been too good for the dreck that was Jurassic World 2.

All three actors have kept busy, each with multiple continuing and or upcoming projects.

Coming up for Dern is Big Little Lies and F is for Family in seasons three and four, respectively.

Goldblum seems to be coasting in TV mode right now with The World According To Jeff Goldblum.

I can only assume it’s guilt, a contractual thing or some promise of a fat paycheck that’s got them to sign on here.

I guess this is what happens when the sequel ($1.3B) fails to live up to box office expectations of the franchise record-breaking reboot ($1.6B): you go back to the nostalgia mine and drill for those few remaining veins of vintage gold.

Or maybe they promised Neil, Dern and Goldblum that this is absolutely the last time before they reboot the whole thing again.