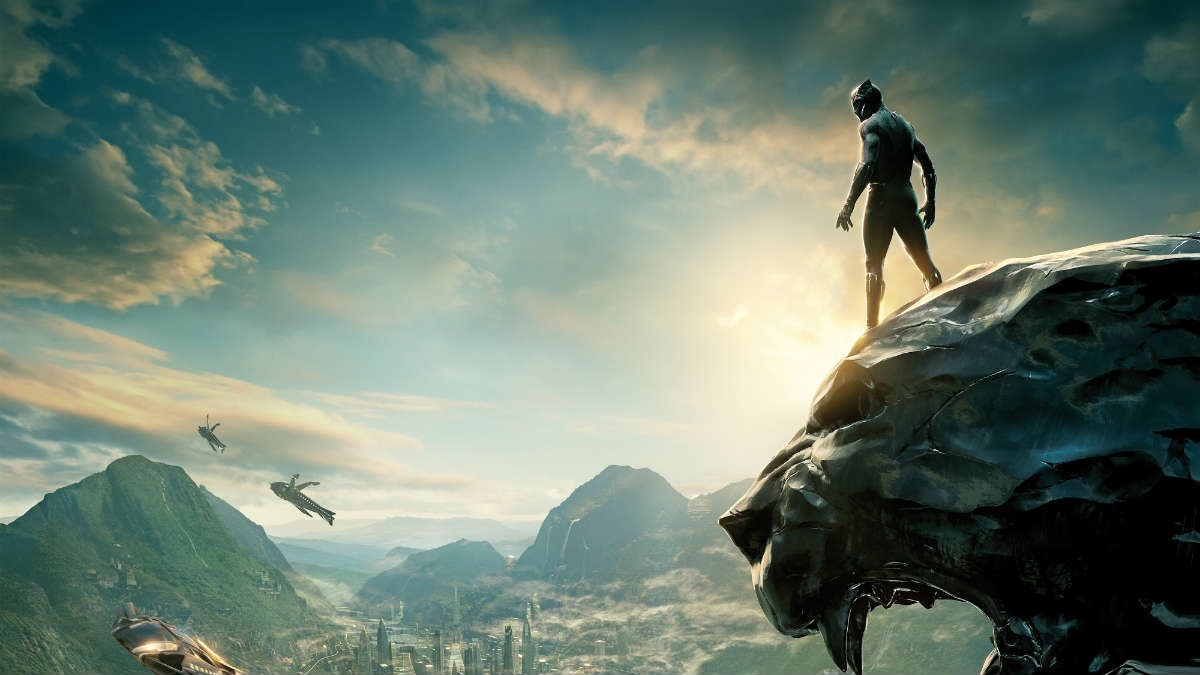 Three weeks ago, Variety had Black Panther tracking at a respectable February debut of $100M+. I thought that number was very low, even extremely low.

I’m thinking that $120M is not the ceiling here.

Maybe not even close, because – check this out – two weeks ago Black Panther was tracking at $80M.

As predicted, once the film blogosphere, with the help of a lot of legacy and traditional media, began lauding this superhero movie as something groundbreaking, revolutionary and important, the numbers shot through the roof.

That’s a huge leap to make in six weeks. Kind of reminds you of another movie that was also marketed as a “first” of something, doesn’t it? Remember?

What’s The Meta With You?

So is Black Panther groundbreaking? Important? I have no idea.

What I do know is that selling a comic book movie, that already has a huge audience, as groundbreaking and important sure as hell is good for boosting ticket sales.

You can’t ignore the politics of Black Panther. Not because they are necessarily in the movie, I don’t think they are, but because of what people want to make this movie about — as a meta-idea, as a social meme.

None of the think-pieces and articles focus on the stunning special effects, the quality of the writing or the memorable performances. The narrative is almost entirely about how great Black Panther is for black people, black culture and blackness because Black Panther is a hero, black and from a majority black nation.

If you listen to the legacy media you would think that it’s The Color Purple, Roots and Django Unchained all rolled into one! These people have the memory of a fucking fly:

It’s almost become a civic duty to not only see this movie but to enjoy it.

And this kind early positioning of a film in the cultural zeitgeist also inoculated it against criticism from professional critics, whose job entails giving us their unbiased and uninfluenced opinions, because the meta-concept is simply in their wheelhouse.

So, this phenomenon is occurring but is it the entire reason for this outpouring of goodwill toward what is a movie about a guy in tights fighting other guys in tights?

No, because there is also an 800-pound Mouse-Gorilla Hybrid in the screening room who is looking very closely at your every reaction.

Never Goes Against The (Rat) Family

Disney, the owner of Marvel, controls almost all of Hollywood at this point. Take a look at the biggest box office hits of this year:

Disney has four out of ten without counting Spider-Man: Homecoming, which is like 1/3 of a Marvel movie. It’s controlling almost half of the box office.

Think about what that means for not only legitimate movie critics (if they even exist any more) but especially for the shilling operations who depend of Disney money and access to survive as well as the celebrity “influencers” who want a job or — in the case of many of them — already have a Disney gig.

Has Disney’s outsized influence and the meta-environment influenced the reactions to Black Panther in the media?

The 97% TomatoMeter and 8.2/10 average score needs to be taken with a grain of salt.

I mean, are we really going to start comparing any Marvel movie to The Dark Knight? The Avengers is only a 92% with an 8/10 average score!

Of course, the only way to even circumstantially prove this is a massive audience basklash, a soft Saturday or a disappointing second weekend. And that’s not going to happen.

Black Panther will be a huge success that meets and likely exceeds ALL expectations. This is not going to be the massive failure that was The Last Jedi because Marvel knows what the fuck they are doing.

Marvel’s process of writing, producing and, more importantly, refining their product is just too good at this point. The franchise has turned out 14 or 15 movies in 8 years and none of them have been critical or commercial duds. I would be surprised if test audiences weren’t shown five or six different versions of Black Panther – the comedy cut, the suspense cut, the action cut, the Iron Man cut, etc – until all possible room for error was removed.

We are essentially getting the best possible version of Black Panther.

You can say they are making sausage, but it’s a tasty sausage that has all the sausagey characteristics we like: it’s crispy, greasy with an aroma and a flavor that is both familiar and enticing to us.

Marvel might market Black Panther as low-cholesterol, healthy and free-range and all that bullshit that seems popular and trendy but — unlike The Last Jedi — it’s not going to be some disgusting, shit-tier, vegan substitute that people just poke at with their fork.

Everyone just needs to relax and enjoy breakfast.