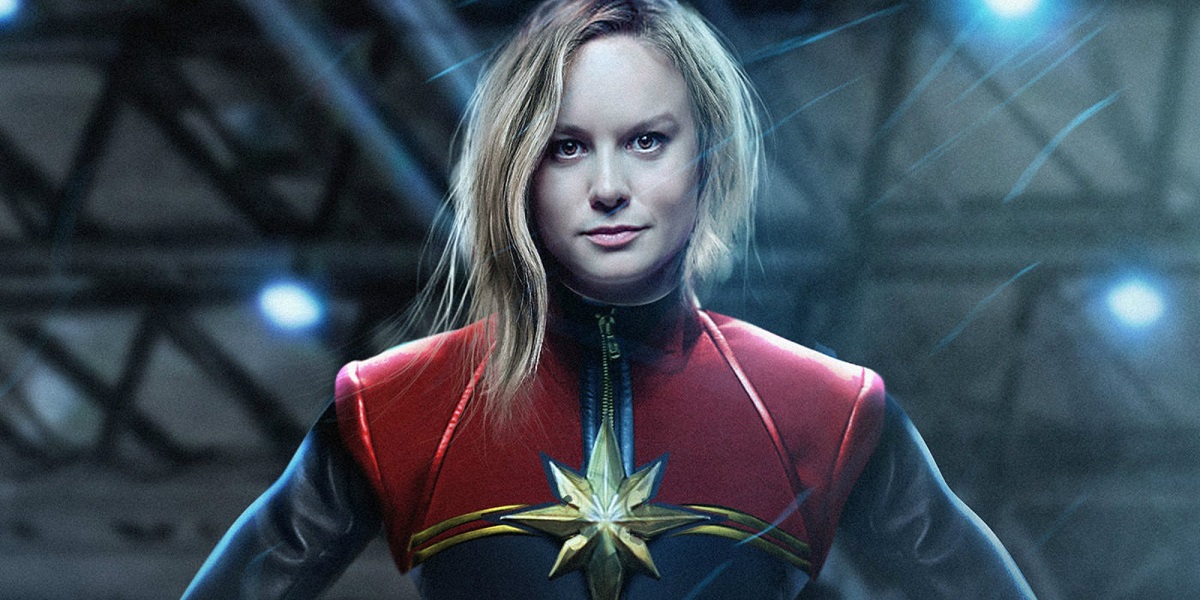 The early reviews of Captain Marvel plastered across social media the past 48 hours have been a great source of bemusement. I was assigned to take names and report back of some of the ones that caught my eye.

I'm glad to see people who've actually seen #captainmarvel are now giving real reactions. Now we can all stop giving the time of day to those other "reviews." pic.twitter.com/QLYEQmLli4

Unsurprisingly, the reviews and tweets are exactly what you’re expecting:

“A crazy 90’s nostalgia blast that’s not what you’d expect!”

“TOTALLY unlike any other Marvel movie!”

Let’s Get Stuck Right Into Those Names

1. Cat people will love this movie.
2. Several truly magnificent music moments for this 90s kid.
3. Carol's hero moment was very cathartic/true to the female experience, imho.
4. The MCU feels more complete now that Carol is in it. ♥️

Kayti does her bidding at Den of Geek, you might not remember the article she put together when the shill machine was in overdrive gushing about The Last Jedi.

Linked above, but here’s a screencap:

Its very different than most of the MCU films and so very 90s. It's funny and fun and super empowering. It made me feel proud to be a woman.

Yolanda is an old skool, un-biased newshound who offers an impartial voice, well not really…  My mistake.

This blue check dude genuinely seemed to like it:

#CaptainMarvel is a hit. As a lot of us have been trying to tell a small crowd of folks, please do not hesitate if you are thinking of seeing the film. It’s going to leave you very happy & hoping for more much like Guardians.

But then clearly can’t help himself: 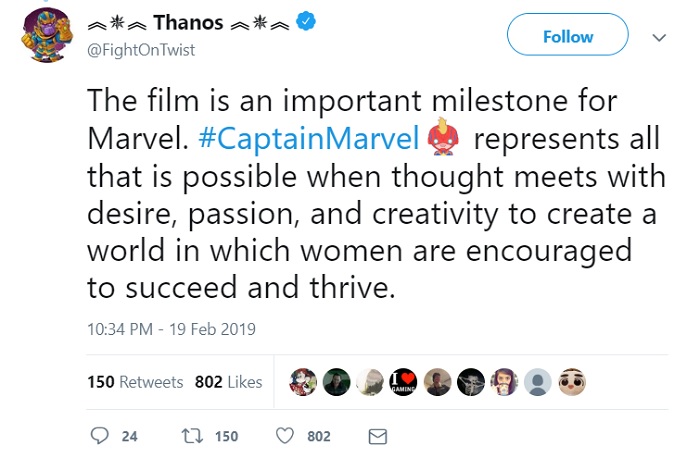 Facts: @brielarson is an unstoppable force as #CaptainMarvel. A supreme embodiment of the late 80’s to 90’s heroines that we looked up to, fully formed with agency and whose main relationship is with her best friend. So many girls are gonna see themselves, their struggle & fight!

Sabina successfully managed to garner one like when she tried to get #ReyDay trending on Twitter back during the TLJ shill campaign:

Another thing about Captain Marvel is that it pays homage to the 90s from its soundtrack to the technology being used. The whole film feels like a mix between Star Trek and Galaxy Quest with a little bit of Star Wars mixed in for good measure. Seriously it’s great. #CaptainMarvel

Captain Marvel is everything that I hoped it would be. It feels completely unlike any other Marvel film. A unique and fresh take on an origin story that feels new. Brie Larson is fantastic as Carol Danvers. This is one of my favorite Marvel movies of all time. #CaptainMarvel pic.twitter.com/0ou7HU93MY 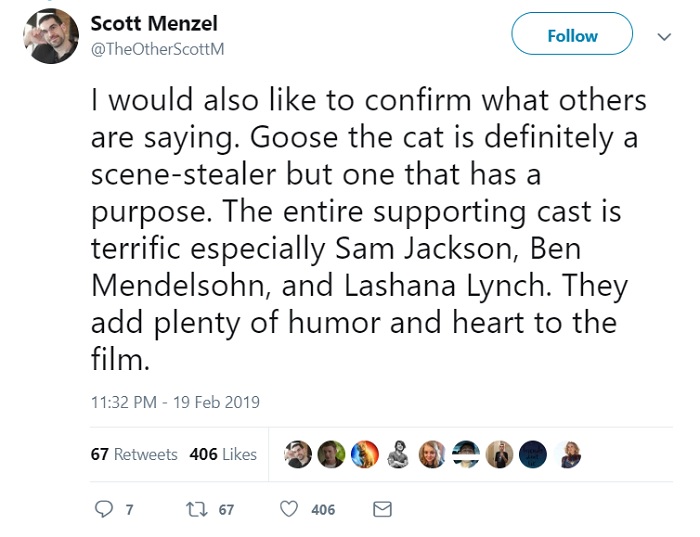 #CaptainMarvel was my ultimate 90s nerd girl fever dream + a cat. ?? ? ✈️ Ben Mendelssohn gives Samuel L Jackson a run for his scene-stealer $$$. But it’s ultimately cool AF to see @brielarson harness the power of being “just a girl” ? pic.twitter.com/bFHUwa3Gb8

#captainmarvel had space battles, car chases, an amazing 90s soundtrack and an ADORABLE ?! A surprisingly fun script, laughed so much!!! Great to finally see this kick-butt heroine in action ? pic.twitter.com/Res8K8wMA7

Jacki earned her Mickey Mouse journalism badge by shilling for Disney during the Solo fiasco:

If you saw #SOLO I’m sure you were asking yourself these questions… Don’t worry we asked the cast to clarify!#SPOILERALERT
.
.@donaldglover tells us what #lando would tell #L3 if he could describe how he really felt about her. AND what did L-3 mean when she says “it works”? pic.twitter.com/Do4y947ciN

#CaptainMarvel is pure joy. I cannot wait for the generation of little girls who will grow up with Carol Danvers as a hero.

I’m guessing Devan Coggan doesn’t have daughters, if she did she’d realize how out there this statement really is:

And in news that is very true to my brand, I would die for Goose the cat. #CaptainMarvel

Me, after watching THE LAST JEDI for the third time:

I WANT TO BLOW SOMETHING UP AND OVERTHROW AN AUTHORITARIAN REGIME AND MAYBE SLICE AN OLD WHITE DICTATOR IN HALF!!!!!! AAAAHHHH!!!!!

Ben Mekler (Between jobs, by the look of things!)

#CaptainMarvel is RADICAL! An awesome 90s period piece & total recalibration of the MCU as we know it! From the brief Winter Soldier cameo to the six full episodes of Friends that play consecutively through a majority of the film’s runtime, this might be my favorite MCU flick yet 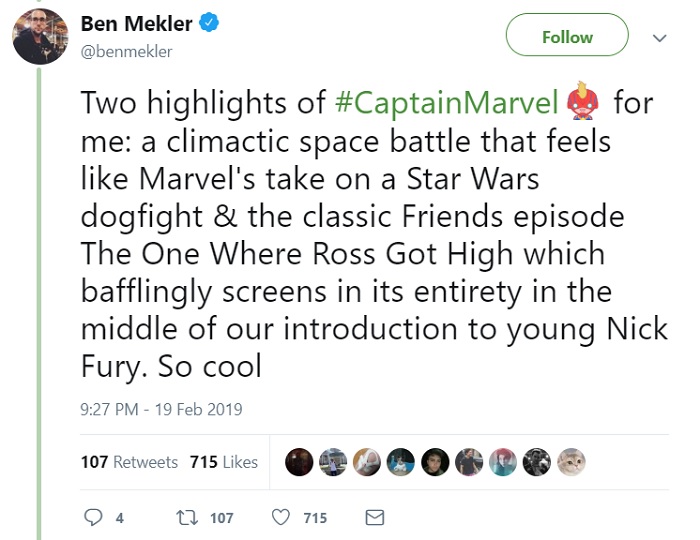 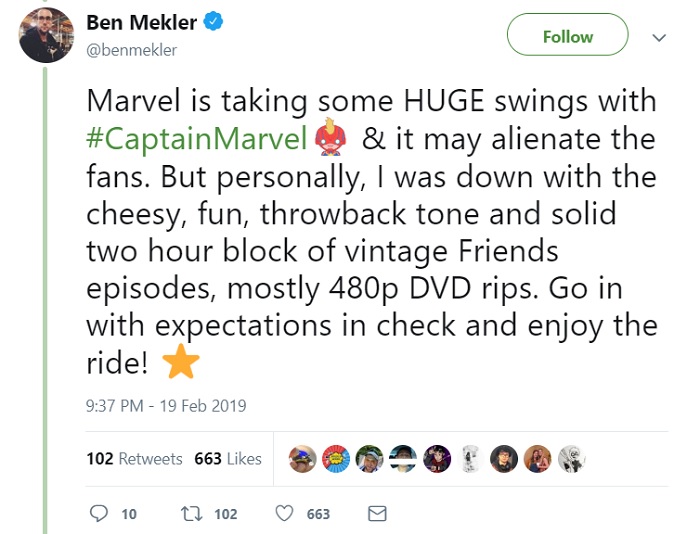 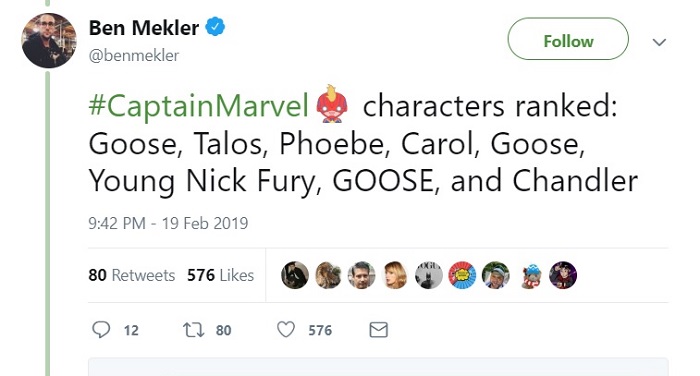 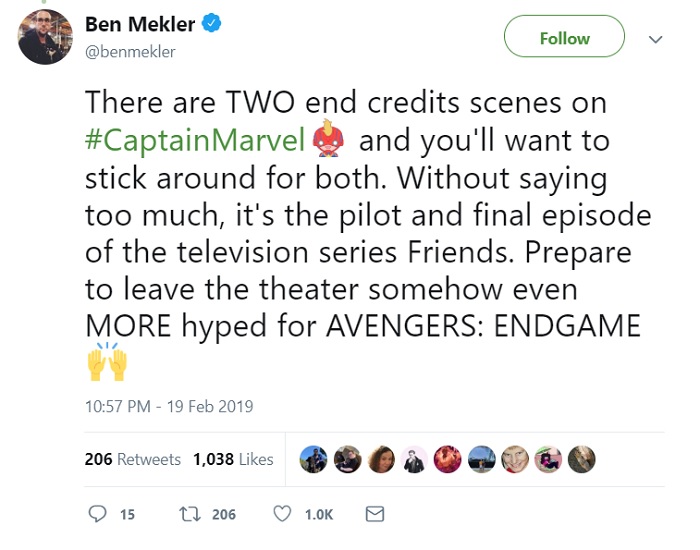 And now the circle is complete…