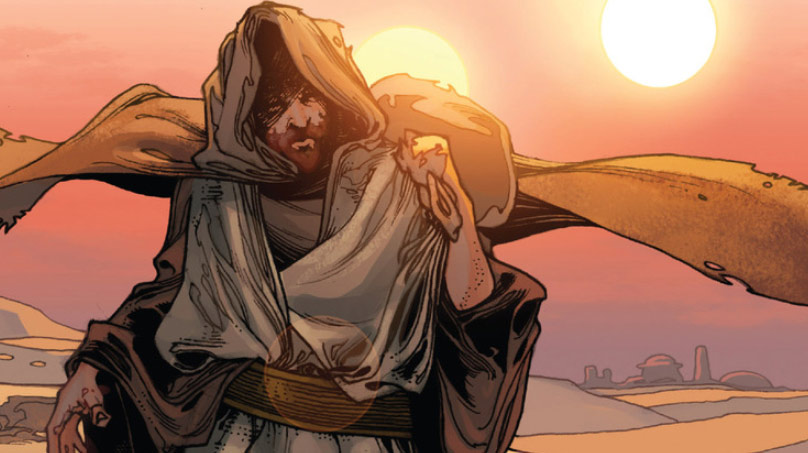 Deadline is reporting that 48-year-old Ewan McGregor, who played Obi-Wan Kenobi in three Star Wars prequel films, will reprise the role of the Jedi Knight for an as-yet-untitled Disney+ series.

The story was rumored throughout the day but now has been confirmed in the last half-hour by a legitimate trade publication that the actor is deep in negotiations.

Details about the series itself are being kept close to the vest by Lucasfilm and Disney.

One can assume this series will involve the desert planet of Tatooine because apparently, it’s not Star Wars without a desert planet.

Additionally, official movie canon has Obi-Wan going into hidden to keep watch over the young Luke Skywalker who is being raised outside the Tatooine outpost of Anchorhead by the son of Anakin Skywalker’s step-father, Owen Lars.

There was a lot of speculation last year about a movie or series with Kenobi playing a sort of High Dunes Drifter or a Hermit With No Name who dispenses frontier justice ala a Clint Eastwood spaghetti western.

And then Solo happened and a lot of big-screen plans seemed to die.

Rumors were revived about five months ago, this time focusing on a TV series. Give Star Wars News Net maximum (Republic) credit on this because they absolutely nailed it before anyone. Verbatim:

We were told that an Obi-Wan Kenobi limited TV series is happening, is the next top priority for the Disney+ streaming service, and that it could be as many as six episodes.

Of course, I’ve always said that since the new characters are completely unpopular with casual fans and general audiences, Disney would bring all of the original characters back — minus Luke — in a new post-Prequel, pre-OT trilogy.

There is nothing to say that this still can’t happen.

The Obi-Wan series appear on Disney+ alongside bounty hunter drama The Mandalorian and another untitled series that will follow Rogue One‘s hero spy Cassian Andor.

We’ll update this story as more information is confirmed.