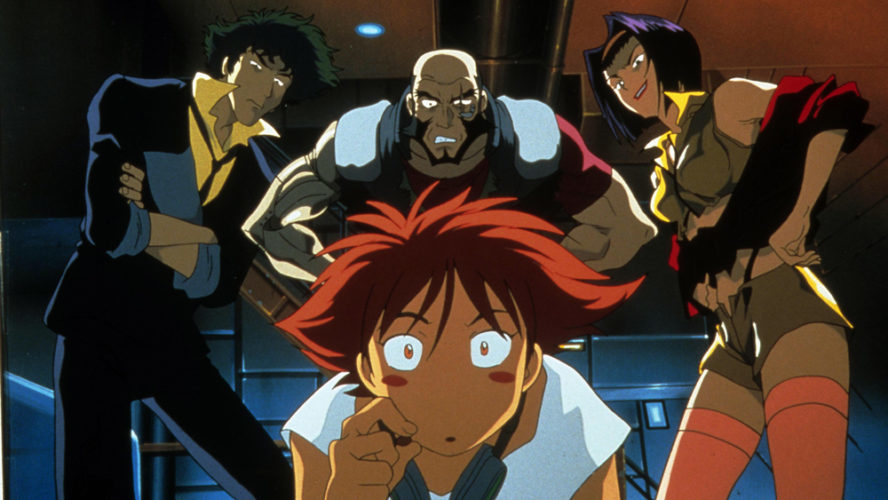 Cowboy Bebop The Anime of Animes

There are only about three anime series and/or films that are worth a tinkers’ dam: Akira, Ghost in the Shell and Cowboy Bebop.

With that being stated upfront, Netflix has now canceled, for the next 7-9 months, production its Cowboy Bebop live-action series due to a knee injury sustained by its star, the Korean actor, John Cho.

Notable only for his turn as the “white” Asian in both forgettable Harold and Kumar films — unless you’re a White Castle franchise owner— Cho apparently goofed his knee in a freak accident that happened on the last take of a routine and well-rehearsed scene almost two weeks ago.

He Ain’t Bruce Lee, No Matter What His Instagram Says…

Being relatively early into filming would allow Netflix to recast the role, but Deadline hears the streamer is fully committed to Cho in the title role, willing to wait until late spring/early summer to resume filming, along with the logistical challenges that presents.

“Water can flow or it can crash.” – Bruce Lee Thanks for all the well wishes everyone. Gonna be back and flowing in no time!

Floating like a butterfly and stinging like a bee may work for the man who got mocked and taken down in Once Upon a Time in Hollywood, but for the guy who starred in “J.J. Trek” and who’s agent gets him every token “white” Asian role in Hollywood possible, I don’t think that Instagram post is a good take.

Meanwhile, Back to The World of Cowboy Bebop

Cowboy Bebop, considered one of the best anime series of all time, produced 26 episodes and aired in Japan from 1998-99. It has done well internationally, garnering several anime and science fiction awards, and is credited with helping to introduce anime to a new wave of Western viewers. In the U.S., it aired on Adult Swim.

Which is where I first saw it and consumed every episode with fervor.

I even try to watch it in reruns.

The jazz soundtrack and the scriptwriting and the plotlines were amazing.

And I really like the mercenary/revenge nature of the overall series.

Plus, Spike Spiegel was an amazing character and I’m sure that Christopher Yost and Tomorrow Studios want to get the production right.

Just like with all of their casting and production decisions so far.

If it means nine months to get this right–as much as a woke streamer like Netflix can get any production “right” and for Cho to rehab successfully — I don’t want his whole career to end on a hobble — then that’s that.