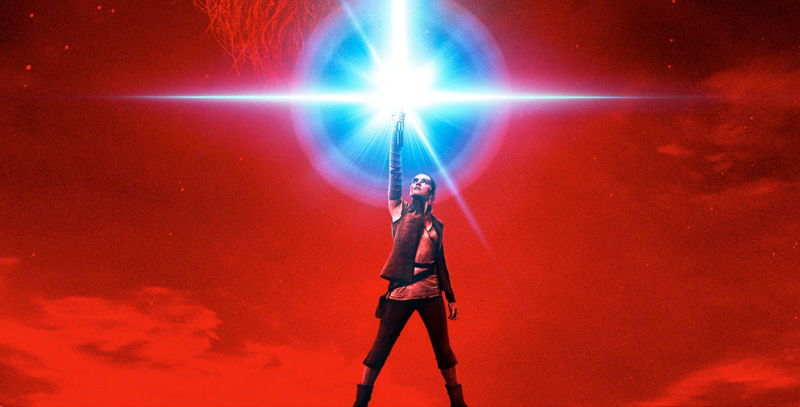 Understand A Backlash, She Does

Daisy Ridley could be forgiven for being grumpy. Front and centre in a new Star Wars trilogy, it’s the role of a lifetime. However, a succession of poor decisions by the brains behind the franchise have left her character Rey as the target of some criticism.

In this internet age, it seems almost unavoidable that sometimes the actress herself gets thrown into the controversy.

Despite this, she always seems like she’s having fun and is known to engage with fans. Also, you can’t ignore the number of little Reys you see at Halloween or at a Con. 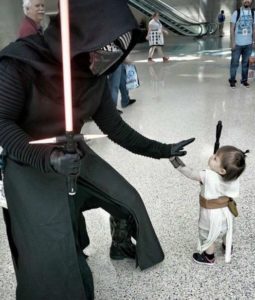 And We Mean “Thrown” Into The Fray

It might just be our imagination but the legacy media seems to be coming hard for The Last Jedi — and maybe Star Wars as a whole — lately.

This is the actual headline from her USA Today interview:

“Hated”. “Fans hated”. What she actually said was she understands the backlash against The Last Jedi, even if she doesn’t necessarily agree:

“I wasn’t surprised, no. It’s just a different thing. Everyone’s going to have an opinion now anyway on the internet, but I also think it’s fair.

If people hold something incredibly dear and think they know how it should be and it’s not like that, it’s fair for people to think they were done wrong. It doesn’t mean they were.

Ultimately, Rian’s a filmmaker and one person can’t dictate how a film is supposed to be – but freedom of expression, sure.”

Main criticisms from fans are the characterisation of Luke Skywalker, Rey’s increasing abilities without any developmental training of note, completely pointless Canto Bight side plot with seriously underwritten Rose Tico, failing to capitalise on any of the dangling threads from The Force Awakens and womansplaining Generals with their constantly failing plans. 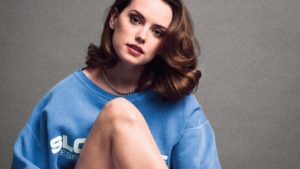 The interesting angle is the complete divergence between critics views and those of many fans. The delta between fan score and critics scores just kept growing.

There is one last shot to get this right before Star Wars takes a three-year hiatus from the big screen. The Rise Of Skywalker is due in December this year.  After which attention switches to The Mandalorian and rumoured Obi Wan series on Disney+.

Where will this leave Rey as a character?  Not wanting to leave Jakku in The Force Awakens due to her wait for her parents to return, her inherent abilities seemed to point to some kind of Jedi lineage.  Until The Last Jedi seemed to confirm her parents were nobodies.

“[Director J.J. Abrams] did say the question is answered, so at the end of the film, you do know what the dealio is.”

Not exactly giving anything away. However, at least it would appear to confirm that there won’t be too many lingering questions.
She did offer an intriguing answer when asked about the tone of the new movie.

“Genre-wise, it’s different from the other two, which will become clear when the film comes out,” the actress admitted. “It’s quite emotional.

There’s a different drive than the previous two films, but there’s a lot of fun. I really missed John [Boyega] during the last one, but we’re back together and now Oscar [Isaac] is part of it.

To me, it felt like kids going on an adventure.”

So there you have it.  Enough to persuade the fans who stayed at home for Solo to venture into the movie theatres?

As the year ticks over into its second half, with a summer box office seemingly DOA if you aren’t Marvel or Disney, the long glide path into December will be interesting from the point of view of movie observers such as us, here at the Goblin. There’s no doubt that the $700m left on the table by The Last Jedi, the failure of Solo and finally the somewhat muted and cynical reaction to Galaxies Edge at Disneyland raises question marks. Unbelievably Star Wars now seems in a firefighting and recovery mode.

Daisy Ridley is likable, reasonable and doesn’t attack core fans of the franchise by way of defence.  Maybe they should let her do the talking from now on, instead of these other PR champions? 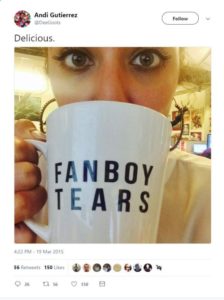