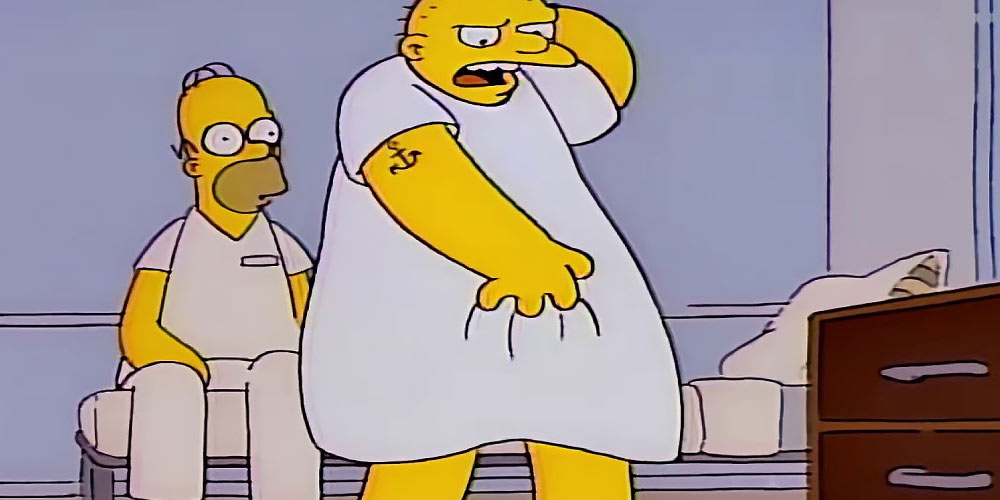 A Happy Thanksgiving Weekend To You All!

I hope this finds you well. Well-fed, well surrounded by loved ones, or at least, tolerable ones, and most of all thankful for the opportunity to take this time to reflect on life’s many blessings.

As we all know the historical reality of Thanksgiving has been, shall we say, “softened” to allow us to enjoy the 5-day holiday feeling only guilt over our overspending, overeating and not letting that subtle dig from Aunt Barb roll off you back and instigating a fight that will echo for all Thanksgivings to come!

Well…maybe not, but the point here is about revisionism… and that it continues today, in a many ways, but in this instance I direct your judgemental gazes toward Disney.

To any and all of you who subscribe to Disney+ you may have noticed Season 3 of The Simpsons skips the first episode titled “Stark Raving Dad”.

The reason is that it features the second favourite boogeyman of our ridiculous times, Micheal Jackson.

Allegedly, it wasn’t Disney’s idea but they are supporting it:

In March 2019, HBO aired the shocking documentary Leaving Neverland, a detailed expose about the late musician’s alleged sexual relationships with young boys. The Simpsons’ showrunners ultimately decided that Jackson’s episode would be removed from syndication, physical media editions and also streaming services. Producer James L. Brooks told the Wall Street Journal that, while against book burning, “This is our book, and we’re allowed to take out a chapter.”

The fans can deal, it’s just one episode and no matter what side of the fence you sit on regarding Michael Jackson, you can agree the dude is polarizing.

Why invite controversy, even though it’s all the rage these days, when you’ve got a streaming service with a whole lot riding on it to launch?

The only concern I have here is it doesn’t make a whole lot of sense to take a stand on this point as far as image is concerned, so I think there is something more to it.

Well, that’s getting into some conspiratorial shit which I will let you fine readers explore on your own. The internet is chock-full of them so plug your nose and dive in.

The Simpsons have a long and lovely history of cleverly skewering pretty much everything in American culture including Disney themselves.

Anyone remember The Simpson Movie where Bart calls them an evil corporation?

Or how about Mr. Burns admitting he made working shells for the Nazis?

How long before these are memory-holed?

Because if it’s all about optics here that kind of stuff has got to go.

If not, it begs for clarification on where exactly the line is to be drawn here?

Is this hypocritical censorship a sign of things to come for all properties under the Disney banner?