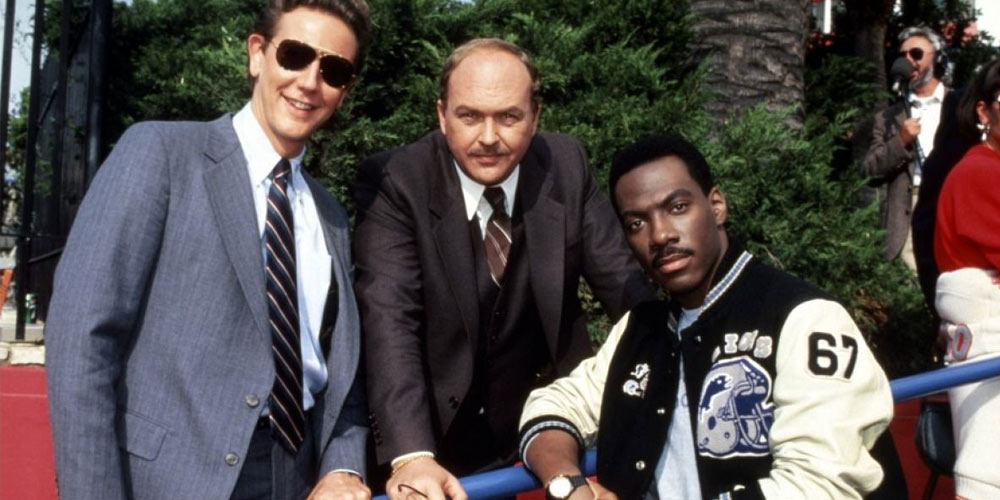 The Rumors Have Been Swirling For Years…

Development hell is a place where ideas that are good, not-good, and half-baked before they even appear, go to die in Hollywood.

One of those ideas that went to development hell and should have stayed there was Beverly Hills Cop 4.

For those of you under a rock for the last twenty-five years, Axel Foley, the foul-mouthed, banana in the tailpipe, pain the ass detective from Detroit, dominated the 1980s action movie scene along with the guys from Lethal Weapon and that fellow with the tendency to throw Germans off of Nakatomi Tower.

And now, because Eddie Murphy’s longtime, blonde, girlfriend, has finally had a moment of clarity, Axel Foley is returning.

Murphy, whose moves we have been tracking and documenting for you Goblins, here and here, has been doing the entertainment media rounds in support of his upcoming Netflix film, Dolemite is My Name, and ginning up interest for Coming to America 2.

Murphy was urged to get back in the stand-up game by none other than Former Black President Barack Hussein Obama when he received the Mark Twain Prize for American Humor recently.

Obama asked him two questions: What kind of hair rinse was he using? “And ‘When are you doing comedy again?’ ” says Murphy, stepping into Obama’s serious voice.

“I was like, ‘That’s your question?’ When you go into the Oval Office and the president asks when are you doing stand-up, it’s time to do some jokes.”

Isn’t it great we have a President who can be so inspiring to a hardworking comedian whose last film, Mr. Church (2016), was a box office bomb and seen by about ten people?

By the way, Seinfeld was right: What’s happening with Murphy now is a case study in why lifetime achievement trophies for comedy are nonsense.

Eddie Greenlit Himself Off the Couch… Allegedly

Let me wrap up.

Murphy, who will be hosting Saturday Night Live on December 21st, is expected to announce the filming date for Beverly Hills Cop 4 on the show at that time.

And I quote, yet again:

“These movies and Saturday Night Live it’s kind of like… I’m looking at it as a bookend. If I decided I wanted to stay on the couch forever, I ended it on a funny note.”

Watching a great comedian unravel publicly, to the applause of the people who “matter” is a terrible thing.

We here at Film Goblin urge you to take whatever Coming to America 2, the upcoming stand-up specials, and, eventually, the half-baked plot of Beverly Hills Cop 4, with a grain of sand.

While you do that, we’re off to rethink the thrust of this article, we wrote just a couple of months ago in light of this new information.