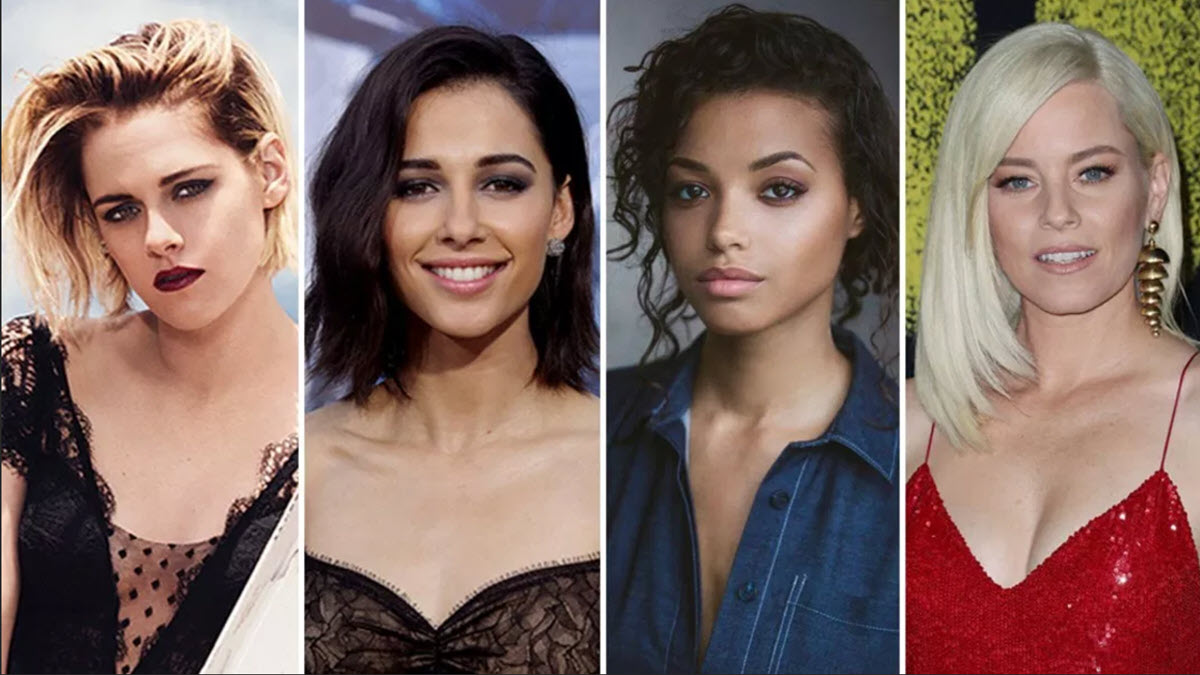 With Pet Sematary, Child’s Play, Hellboy, and Dirty Rotten Scoundrels getting ready to hit the screens over the next few weeks/months, I wanted to see what else is being remade that no one really wants to see. I then envisioned the pitches that got these films greenlit. 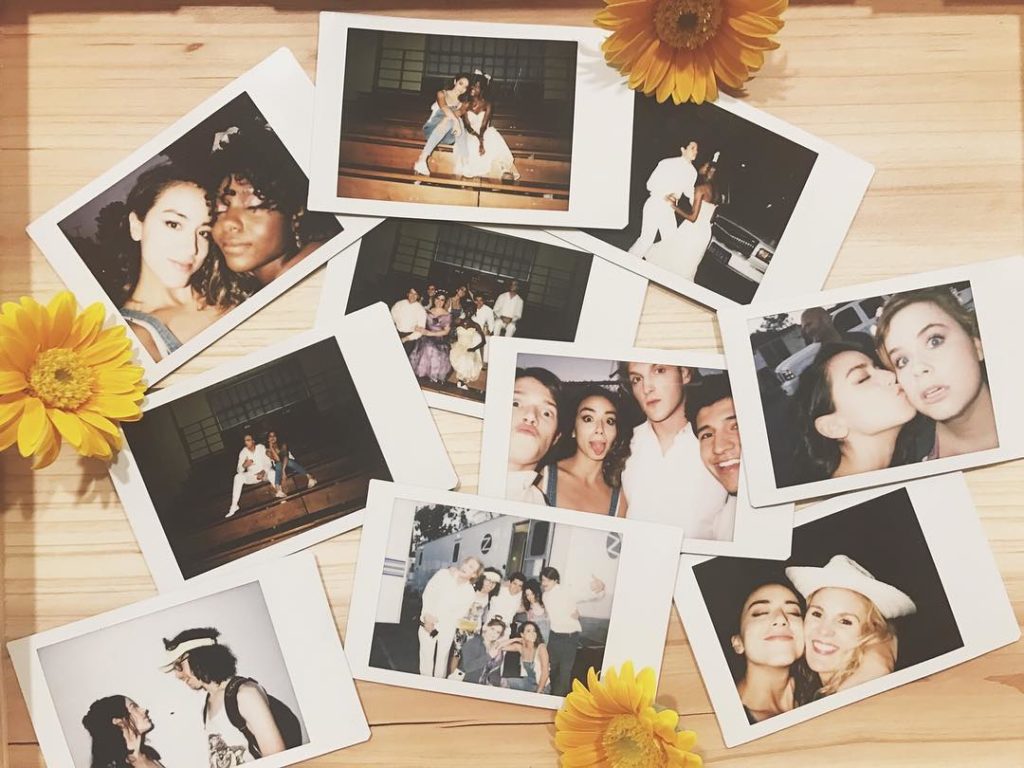 “Hey, let’s take a mostly forgotten teen film from the 80s and make it a musical, Millennials love that retro shit, they’ll eat this up! Where’s the blow?”

“Set to a new wave ’80s soundtrack, a pair of young lovers from different backgrounds defy their parents and friends to stay together. A musical adaptation of the 1983 film.”

The film was scheduled for a June 29, 2018 release. On March 1, 2018, MGM announced that the film had been pulled from their schedule due to ongoing controversies surrounding Logan Paul. Still no release date.

“Yeah, I know that the reboots in the 90s weren’t that good, and the TV remake was even worse, but “Girl Power” and shit, we’ll even make Charlie a female and have a woman direct it! When are the hookers arriving?”

Kristen Stewart commented about the new reboot project that, “You take a story that’s usually kind of, for lack of a better word, not silly, but just kind of funny, campy. The movie should still be fun but, like, if you ground it and make it about women that really know how to help each other, it’ll be perfect to release now. Like, we’re all together and strong.” The most recent draft of the script is written by Jay Basu and Banks, based on earlier drafts by Craig Mazin and Semi Chellas. 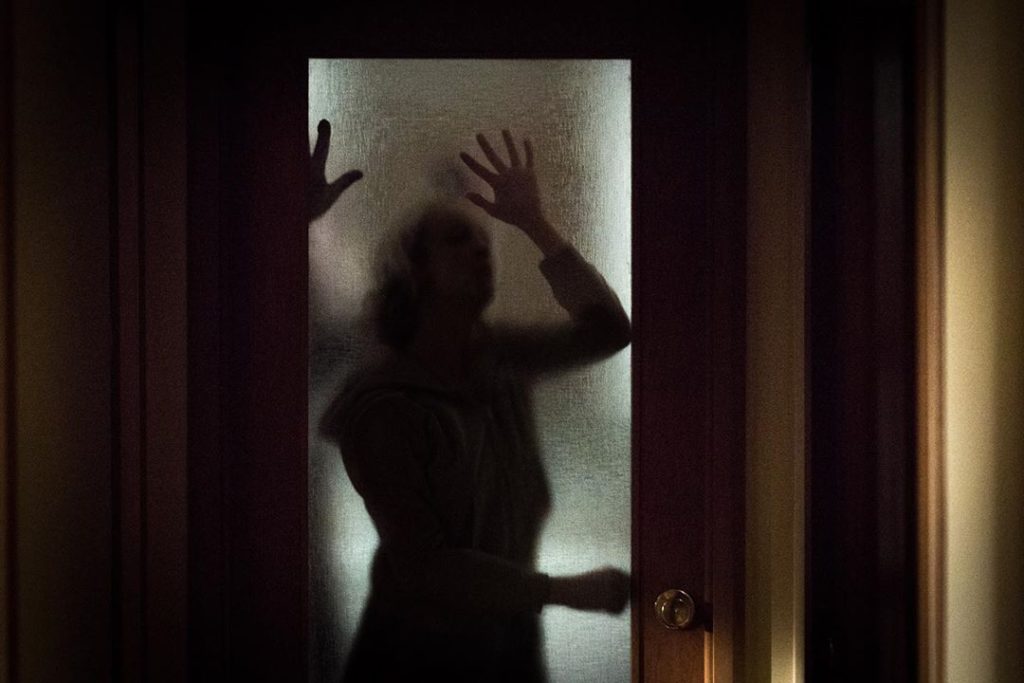 “Look, I realize that the Japanese horror craze has cooled off and the last Ring movie flopped, but this time we don’t involve anyone from Japan, use cheap talent and shoot in Winnipeg, Canada. It won’t cost much at all! What can go wrong? Hey, where is the Nyotaimori model covered in nobu?”*

“A house is cursed by a vengeful ghost that dooms those who enter it with a violent death.”

Apparently, the original plan was to reboot the series completely, with a new storyline that abandoned the Saeki family connection. However, it is now rumored to instead be a sequel to the American trilogy that preceded it. Takashi Shimizu that directed four Japanese Ju-on films and the first two American versions will not be involved in this film.

Although principal photography was completed in June 2018, Sony will not be releasing this until January 2020. 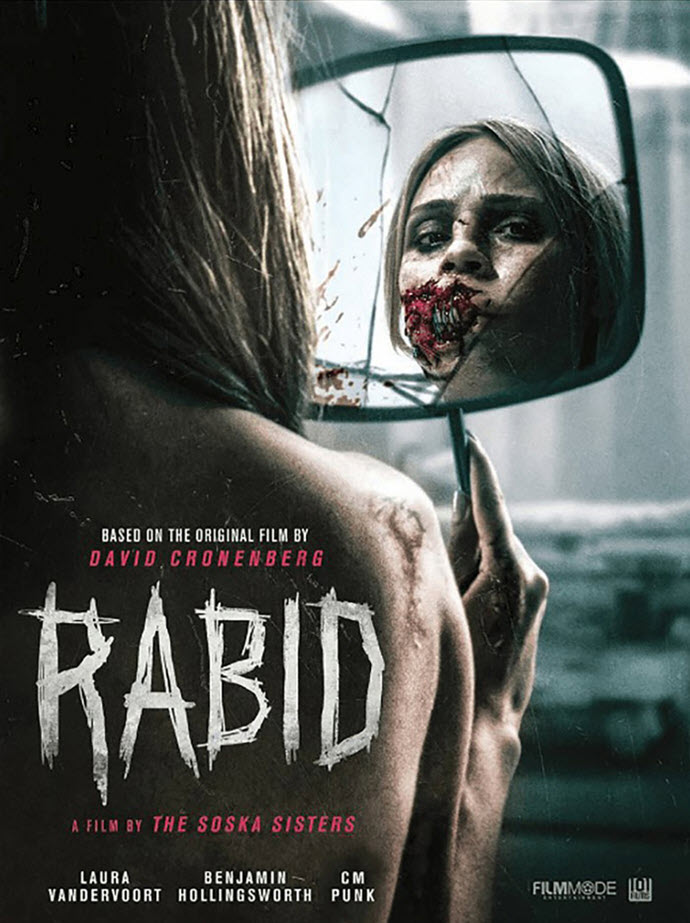 “No one really saw or remembers David Cronenberg’s, eh? We don’t need to focus on the STD scare they had in the 70s. So how aboot we get the Soska Sisters to make a new version. They can make it all gory and shit, ignore all that paranoia atmosphere the old one had. We get a hot chick like that Laura Vander-something. Her show is done, we can probably get her cheaply. But she has to be plain looking at first, then turns into a fox after the accident. Dudes will be crazy about her! Did they order poutine for lunch? Anyone have a spare dart?”

“What happens when you realize that to achieve your dreams you have to live a nightmare? Rose is a quiet, demure, unassuming woman in her looks and actions. Her dream is to become a famous designer in the fashion world, but a terrible accident leaves Rose scarred beyond recognition. She seeks out a radical untested stem cell treatment. The treatment is nothing short of a miracle and wallflower Rose turns into the belle of the ball. It all seems to good to be true. She is now everything she wanted to be. But everything in life comes at a price and this new found perfect life is no exception.”

This $5 million dollar production shows a release date for March 25 in the UK, a Monday?!? No other announcements in any other market. Expect this to be on streaming services very soon. 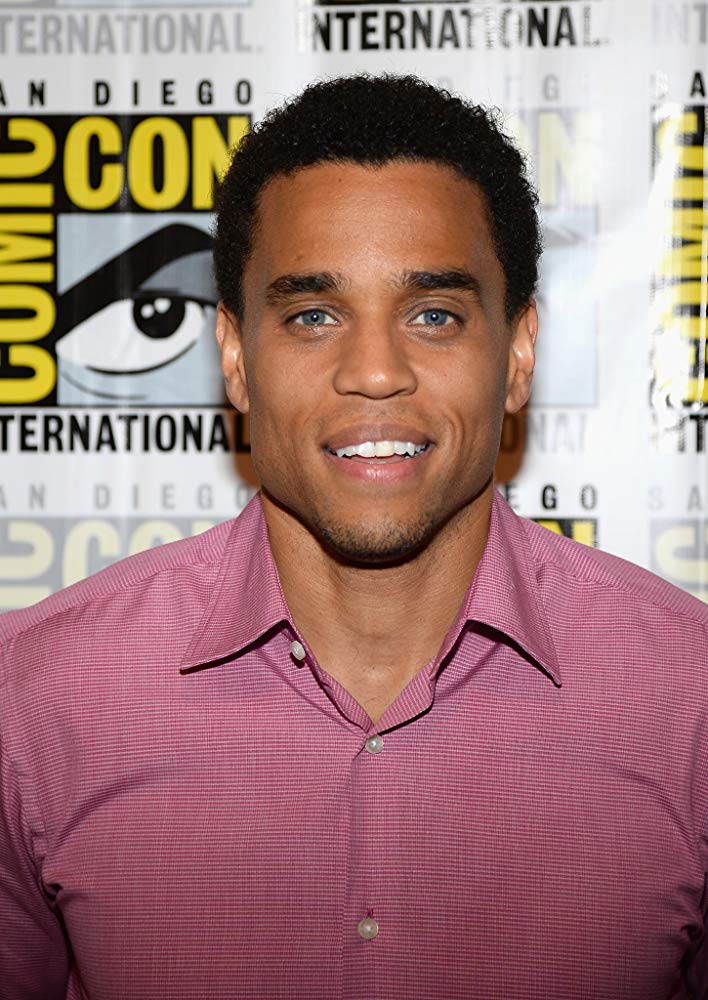 “Hey, remember that film from 1990, about this Veitnam Vet that is all messed up and can’t decide what is real and what is an hallucination? But he is like dying the whole time? Yeah Jacob’s Ladder! How about a remake that takes the basic story, but this time we flip it with an African-American cast, and make it about brothers? Are those donkeys in the back for us?”

“After returning home from the Vietnam War, veteran Jacob Singer struggles to maintain his sanity. Plagued by hallucinations and flashbacks, Singer rapidly falls apart as the world and people around him morph and twist into disturbing images. A remake of the 1990 thriller starring Tim Robbins.”

This reboot was to have been released last month, but has been pushed to “later in 2019”. Could this become a Netflix Original?

Announced But Not In Production 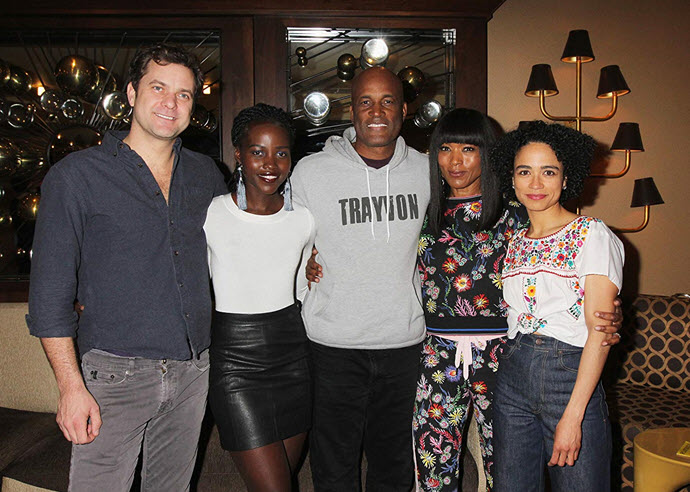 So far only director John Woo and Lupita Nyong’o as “The Killer” are attached. 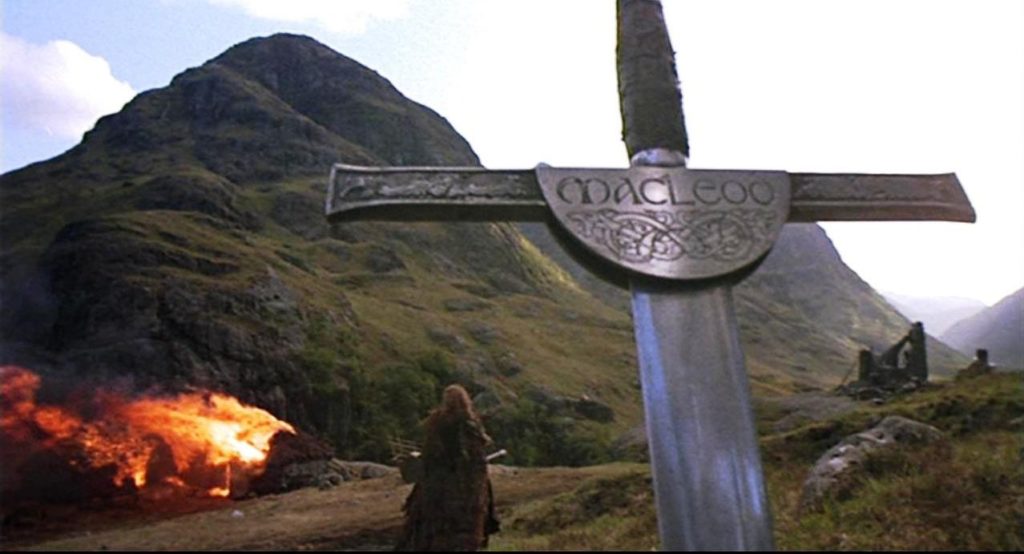 There really can’t “be only one” I guess. To be directed by Chad Stahelski (John Wick Chapter 3), and written by Ryan J. Condal scribe of Dwayne Johnson’s Hercules and Rampage. For the role of Connor MacLeod, they are looking at Arrow‘s Stephen Amell or Charlie Hunnam currently.

Not to be a satire like Paul Verhoeven’s misunderstood classic was, it is to be more in line with the Robert A. Heinlein novel.

No one is attached to this yet.

A musical this time around, the only performer attached thus far is American Idol Season 3 winner Fantasia Barrino.

First announced in a Collider report:

“Steven Spielberg, Oprah Winfrey, Quincy Jones and Broadway veteran Scott Sanders are set to produce a new film version of The Color Purple that Warner Bros. will develop as a feature adaptation of the acclaimed musical.” 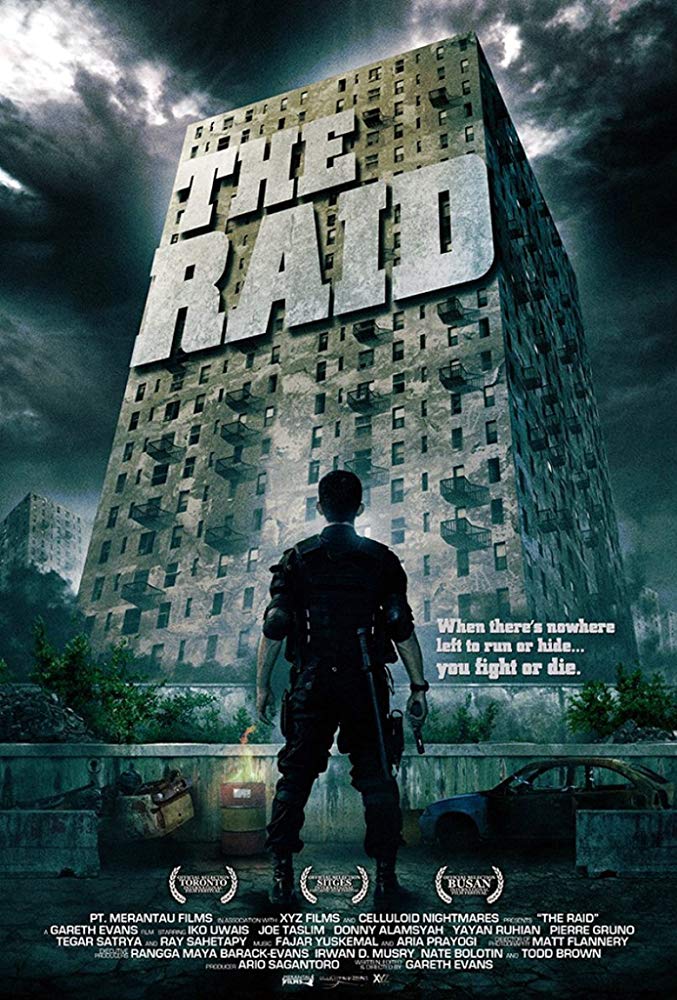 “An international fugitive and his thugs trap a small Specials Operations force inside a building. Based on the concept from Gareth Evans’ 2011 film ‘The Raid: Redemption’.”

To be written and directed by Joe Carnahan, whose previous films include The Gray, The A-Team, Smokin’ Aces and Narc. Before this film, he will release a Sci-Fi Action Thriller called Boss Level with Mel Gibson, Michelle Yeoh, Frank Grillo.

Any interest in any of these? What reboots have you liked?