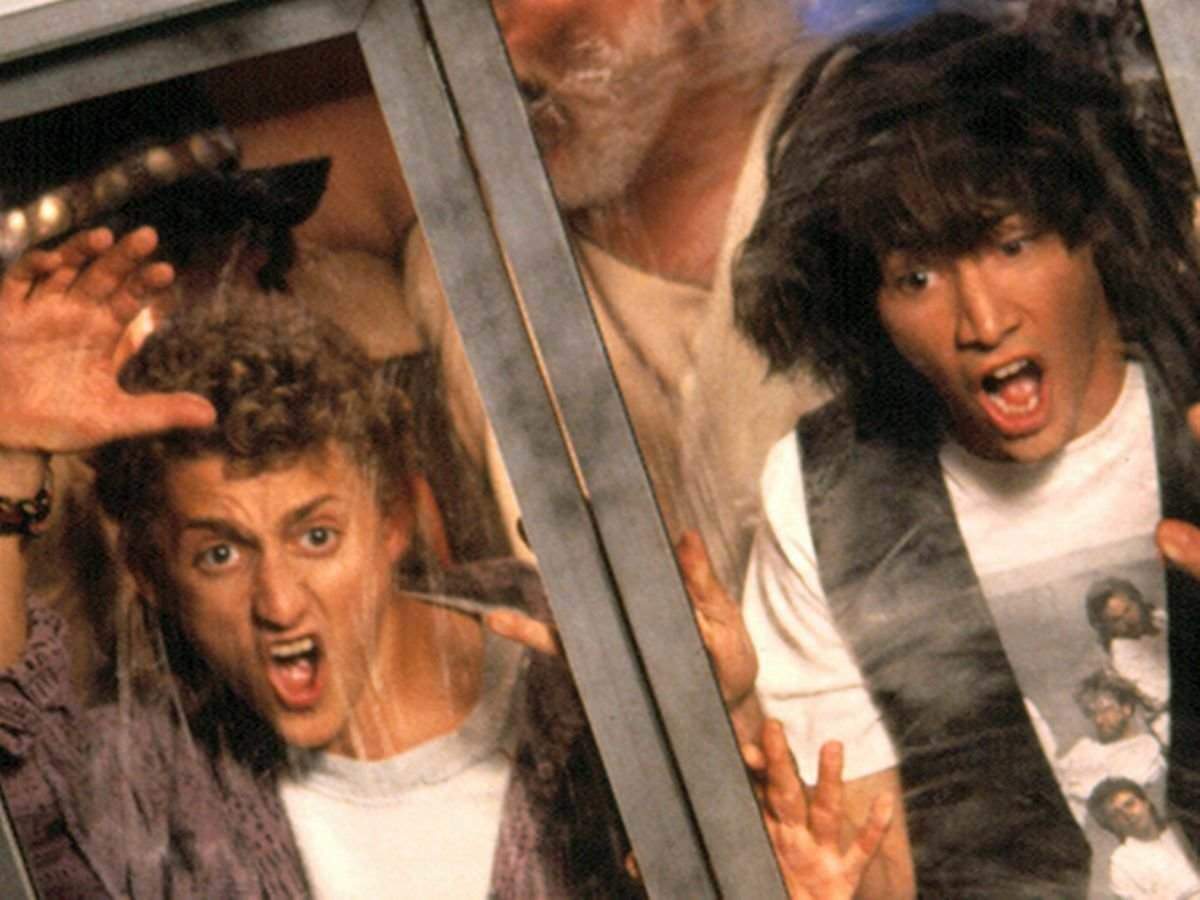 As industries mature, they suffer from all of the effects of old age: gravity impacted bodies and faces, calcified ideas that no longer travel, and a relentless nostalgia for the “good old days,” which, in all honesty, probably weren’t that great.

Enter stage left, the latest entry, Bill and Ted Face the Music, the third entry into the Bill and Ted series that ended in 1991.

Above, and below are the latest set photos, recently released.

As you can see, both Bill and Ted have aged considerably, as most people have since the 1990s and now they are being joined by people you’ve probably never heard of.

Yes, that’s rapper Kid Cudi pictured with Bill and Ted’s daughters. He’s actually playing himself in the movie. Samara Weaving (Ready or Not) will play Bill’s daughter Thea, and Brigette Lundy-Paine (Atypical) will play Ted’s offspring Billie. We know William Sadler will be back as the Grim Reaper. We know each of them has a daughter who will be joining them on their quest this time. Otherwise, new cast members include Saturday Night Live cast member Beck Bennett as Ted’s younger brother Logan (which means he’s named Logan Logan).

This thing looks like it will be your average, unnecessary, uncalled for reboot of a franchise film that should have stayed in the 1990s where it ended.

However, the first trailer will tell us whether or not it’s got legs, but at this point, the interest for this reboot seems to be tepid at best.

Bill and Ted Face the Music is slated to arrive in theaters on August 21, 2020.