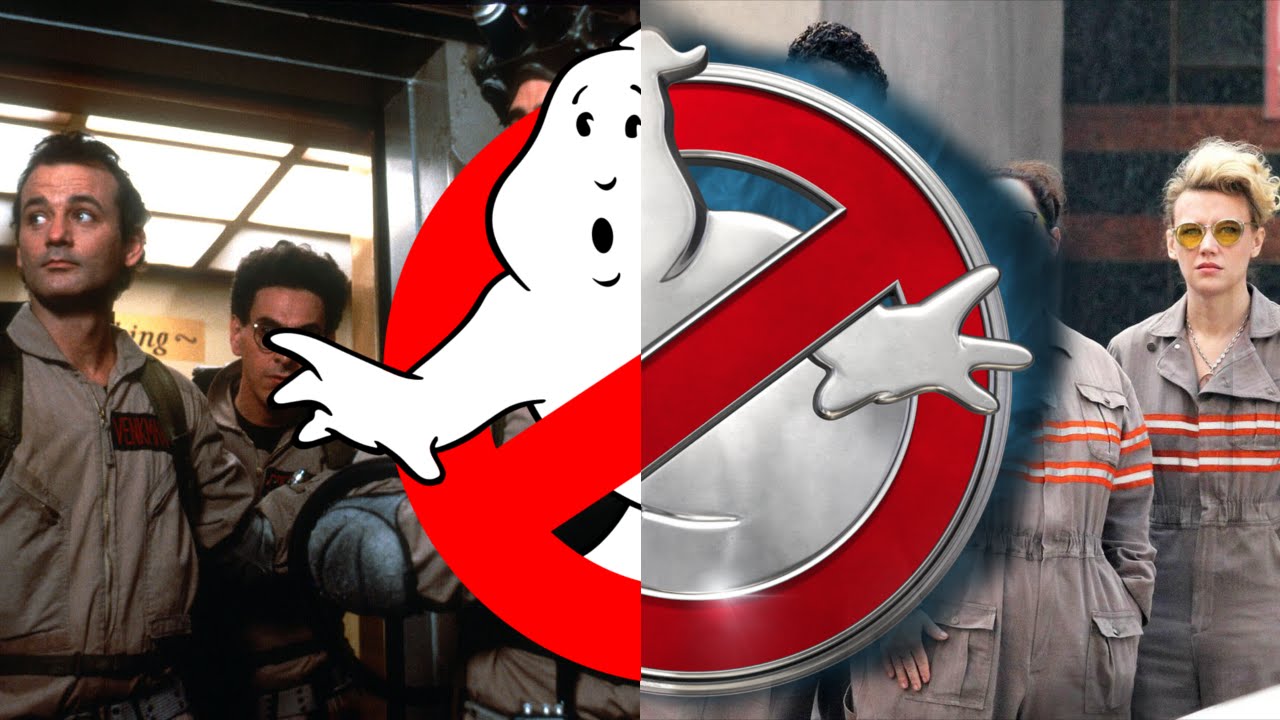 I don’t need to tell Film Goblin readers that the original Ghostbusters is one of the most beloved and enduring movies of the last 40 years. Other than Back To The Future, Star Wars, and Indiana Jones, I would be hard pressed to think of another studio blockbuster in that time period that has had such a lasting impact on audiences.

With a property this iconic and popular, it was no surprise that the franchise was caught up in the current “reboot mania”.

Dan Aykroyd and others have famously been trying to get a sequel off the ground for 20 some odd years, but Bill Murray was having fun making Wes Anderson movies and golfing, so he refused to be a part of it.

When original star and co-writer Harold Ramis tragically died in 2014, all plans for a true sequel died with him, so Amy Pascal famously turned to hack…er director Paul Feig’s pitch of rebooting the franchise by packing it with binders of “funny women” and letting these “funny women” improv most of the jokes.

From Paul Feig’s original pitch to Amy Pascal (yes, this is real):

“Our four new female Ghostbusters come together in an origin story that sees them forming a team based on their diverse skills and plays with the invention and trial-and-error of their various Ghostbusting technology and techniques as they try to stop the villain and his ever-growing force of evil ghosts, which is a boring way of saying that we’ll see four very different women come together and figure out in funny, scary and action-packed ways how to save New York City and the world.”

This “reboot” was actually a remake of the original and pretended that the original films did not happen. Most of the marketing campaign and promotional appearances focused on the gender of the leads.

As we all know, this wound up being a massive disaster with audiences and the remake only grossed $229 million worldwide on a $144 million budget.

The film was widely excoriated for being a dumb concept and unfunny.

Critics, journalists, the actresses, and the director all blamed the reaction to the film on racist/sexist fans of the original.

One new character that got strongly negative reactions from fans that saw the film was Leslie Jones’ subway worker.

While all of the white female leads were cast as scientists, the film’s lone black character was a streetwise subway worker who has access to Cadillac “pimp mobile’ hearse’s and isn’t smart with “science stuff”.

She also spouts hilarious lines such as “Aw HELL NAW!” while bitch slapping another character.

Why couldn’t the lone black character be a scientist instead of a broadly painted stereotype?

Winston was the straight man, while the rest of the gang were zany oddballs.

The co-creator and star of the original Ghostbusters, Dan Aykroyd, was unamused by what Feig and Co had done to his creation.

He publicly stated that he had protested against many of the choices Feig made in his script, but Feig was determined to do things his own way.

With the continued popularity of the original movie, it was perhaps unsurprising that the studio recently announced a direct sequel to the original series that ignores the reviled remake.

This sequel will be developed by Jason Reitman, the son of Ivan Reitman who directed the original film. I assume that Dan Aykroyd will be a consultant on the development of the project.

Unfortunately, these plans for a sequel to the beloved original series have been discovered to be sexist.

Streetwise Ghostbuster Leslie Jones uncovered the dastardly plot to subjugate women by ignoring the 2016 remake of Ghostbusters and tweeted about it:

So insulting. Like fuck us. We dint count. It’s like something trump would do. (Trump voice)”Gonna redo ghostbusteeeeers, better with men, will be huge. Those women ain’t ghostbusteeeeers” ugh so annoying. Such a dick move. And I don’t give fuck I’m saying something!!

And now you know kids!