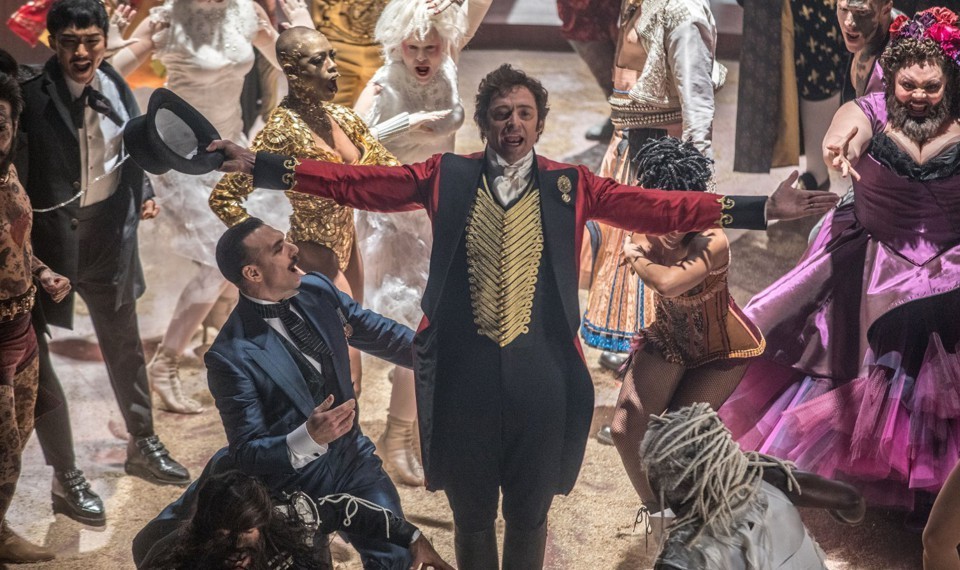 Is Hugh Jackman The Greatest Showman?

Let me just get this out of the way, I haven’t seen The Greatest Showman. I don’t know if I ever will. I’m not here to review the film itself (People sing. The End.). I simply want to talk about why it’s doing so well at the box office after opening to a paltry $8.8 million.

That’s a death sentence for most movies. Especially when they come with a $84 million price tag. And are released at Christmas.

At this moment it’s sitting at $116M Domestic US and $236M worldwide. That’s going to be enough to move this film into the green once everything is said and done, and in Hollywood, green is all that matters.

“Stay in the Red, lose your head.” – Something people in Hollywood probably say.

So why is The Greatest Showman doing so well? Let me just start with a conversation I had while visiting my mother almost exactly a year ago:

Me – ” Hey have you seen the new trailer for the Logan movie yet?”

Me – “It’s a movie about Wolverine, set in a sort of dystopian future for the X-men. Most of them are dead and he is broody and mad like usual. Then he has to save a girl mutant who may or may not be his offspring or related to him.”

Mother – “Oh Hugh Jackman is in it? That will be good!”

Contrast that to this conversation from a long time before that:

Me – “Hey mom have you seen this Iron Man trailer?”

Me – “Uh…He’s a superhero who has an Iron Suit. He’s a genius and he’s rich but also kind of a jerk. He get’s injured and has an electromagnet installed in his chest to keep him alive.”

Notice the difference? My mother didn’t care one bit about the plot of Logan. She is obviously not a fan of superhero movies.

Dancing Into Your Hearts and Your Wallets

Hugh Jackman is basically a throwback in Hollywood. Women know he can dance. Most know he can sing. Plus he can go between drama and action in a way most people won’t even attempt, and when they do it’s often a disaster (I’m looking at you Gerard Butler, but not many other people are).

Hugh has a older guy charm that few beyond George “I swear I knew nothing about Weinstein” Clooney could really muster. He’s an easy sell to the female audience, especially the over 30 crowd.

The fact that this movie has made 116 million dollars in the US alone is already a big deal. It’s sitting in the number 10 spot for musicals all time.  And it should reach the number 7 spot by the end of it’s run.

Musicals are traditionally a very tough sell. Only 12 have ever broken the 100 million dollar mark. Jackman has been in two of them, with Les Miserables currently holding down spot number five.

Those dollars are not being spent by men.

Except for the occasional unlucky boyfriend, most of these dollars are coming from the female population. If you consider the numbers from Broadway, in 2014 only 32% of musical audiences were male. Those numbers should correlate to the big screen musicals.

Men don’t like going to see other people sing.

They try to pander to male audiences like the recent Rocky Musical on Broadway. The thought of a Rocky musical makes me cringe. If Rocky started singing in the ring in Rocky IV I would have started rooting for Ivan Drago to ACTUALLY kill him.

The No Singing Conclusion (Sorry Ladies)

Don’t get me wrong, I think Hugh Jackman is a good actor and his charisma makes it very easy to enjoy his movies. Also, he’s the only actor in recent memory to pull out the mutton chops and still have women fawn over him.

But we are talking about The Greatest Showman, a movie that was first announced all the way back in 2009, (Hugh really wanted to wear that top hat) and came out to a 54% green splatter at Rotten Tomatoes. So, apparently tomatoes explode when they are rotten.

Even with those reviews, it’s managed to have the kind legs that only a few movies like The Blind Side and The Sixth Sense managed to pull off. Long, blue, cartoony legs like Avatar.

The music itself must be good because, as of the date of this article, the soundtrack has spent two weeks at number one on billboard’s top 200. That has to correlate to repeat viewings as well. Enough repeats that Fox has released a singalong version of the film (My new worst nightmare would be attending that showing).

The Greatest Showman is a minor miracle at this point and it’s all been in Hugh Jackman’s capable jazz hands. This movie is succeeding because Jackman is an entertainer, a charismatic actor, and by golly women love him (Want to make babies with him).

So dad, I’m sorry to say this but mom has a little crush on Hugh Jackman.

I know how you feel though. It’s the same response my fiance gives every time Jon Snow broods onto the screen in The Game of Thrones — “Oh! Jon Snow!”  I can imagine a lot of guys getting in line for a little payback for what you are doing to the female population.