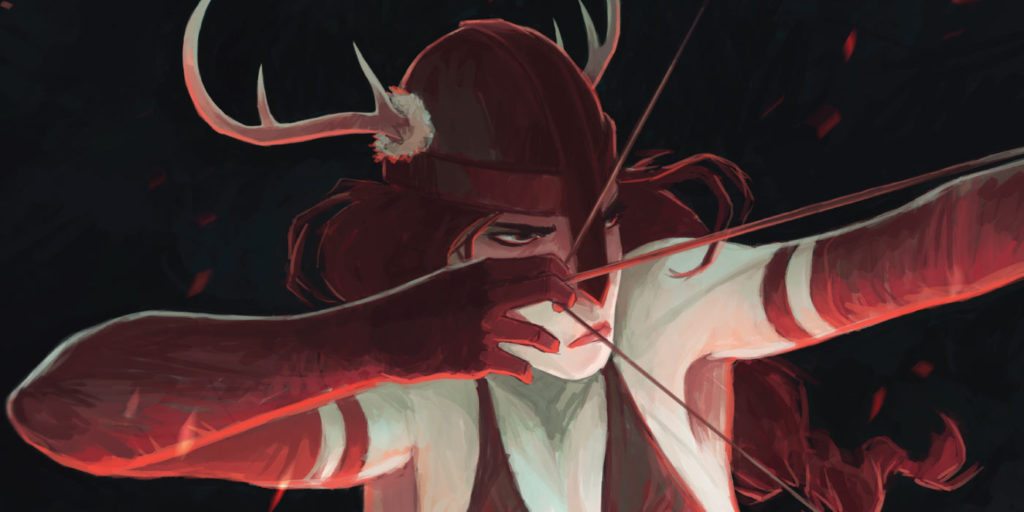 Variety has reported that the director of Twilight has been selected to direct Heathen for Constantin Film and Prime Universe Films.

Catherine Hardwicke will pull away from her busy television schedule to direct this “Viking Fantasy-Adventure.” 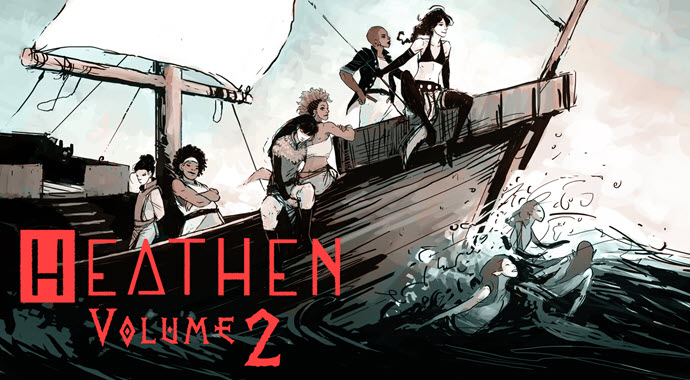 The stories center on the warrior Aydis, an outcast gay woman born into a time of warfare, suffering, and subjugation of women. She is on a mission to end the oppressive reign of the god-king Odin.

The property is based on Vault Comics series of the same name. Their website proclamation pretty much confirmed what I thought this was going to be.

Inside the Vault, it’s safe to be different.

Heathen was created, written, and drawn by Natasha Alterici: 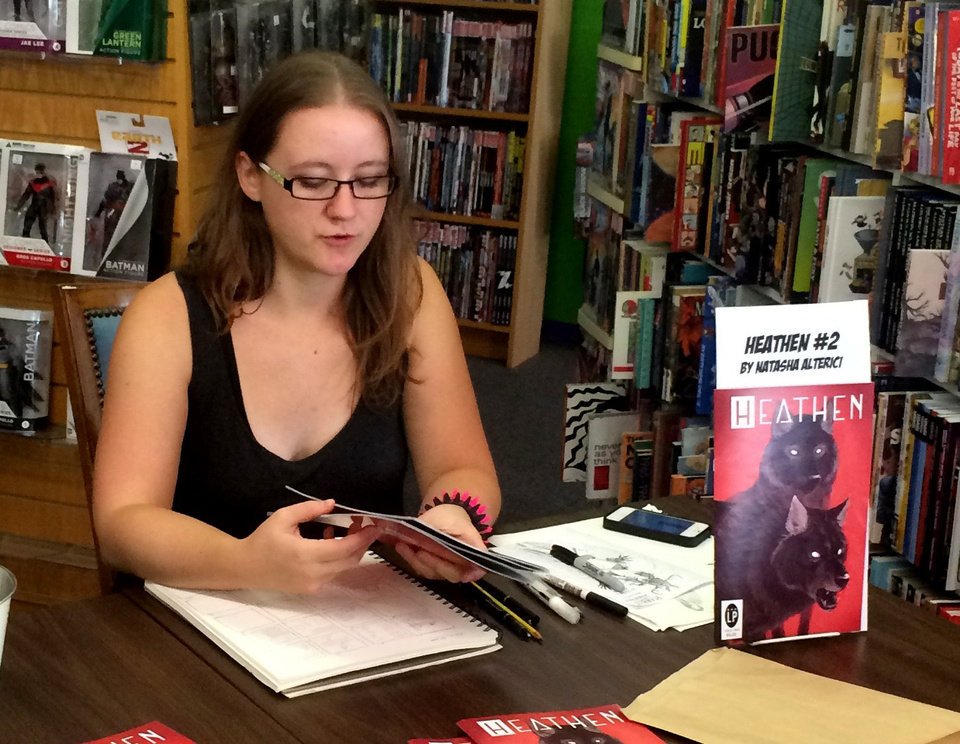 A quick DuckDuckGo search on Natasha gave me this:

Her Kickstarter summary of the comic is as follows:

A young Viking woman is on a mission to end the tyrannical reign of god-king Odin during a time of warfare, slavery, and the subjugation of women. Heathen follows the story of Aydis and her quest to challenge the gods with the help of the legendary immortal, the Valkyrie Brynhild. With her loyal horse Saga by her side, Aydis will battle, befriend, and outwit the various gods, demons, and fantastic creatures of lore she encounters along the way.

Though set in times of old, the strong social justice themes presented in Heathen resonate in today’s world. It’s a progressive story with brave and endearing characters, provocative artwork, and plenty of romance and adventure. Drawing from the rich veins of Norse mythos, Heathen will appeal to fans of Saga, Fables, and other stories rooted in universal themes of freedom, equality, and heroism.

The screenplay has been written by Kerry Williamson, her only credits on produced material thus far are 2012’s Alex Cross and Netflix’s 2017 release What Happened To Monday.

Since 2008’s Twilight, the only features Hardwicke has directed has been Red Riding Hood, Plush, Miss You Already, and Miss Bala. The combined worldwide box office receipts for the four films is $105,712,195, Plush earned $3800! 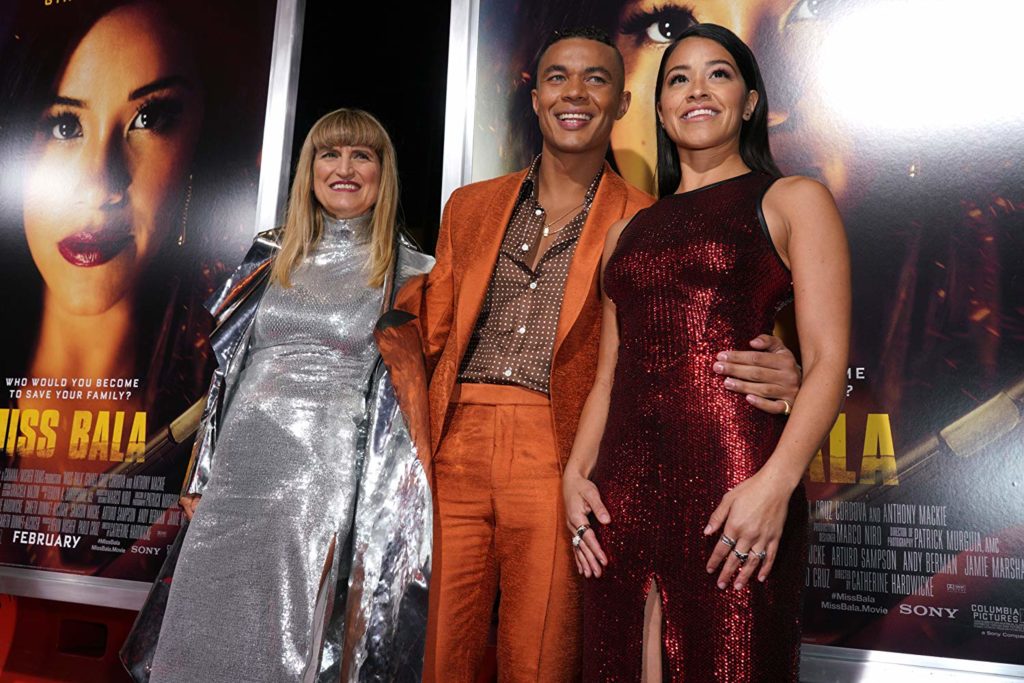 Why she didn’t direct the follow up to Twilight was detailed in the Vanity Fair article, “10 Years after Twilight, Catherine Hardwicke Knows She Deserved More“

Hardwicke decided against directing the second Twilight film because it would require too tight of a turnaround; if she had said yes, she barely would have had a chance to breathe after post production and promotion for the first movie.

The director wasn’t initially worried about what would come next for her. After all, she had just turned around an enormous blockbuster on a relatively tight budget, courting a slew of devoted new fans in the process; offers should have been pouring in.

Rumors Have Said That She Was Actually Fired From Twilight

But Hardwicke found that she couldn’t even get in the room for certain gigs. Instead, she stood by as a craze her film began barreled forward — without her, or directors like her. After Twilight‘s success, Hardwicke notes, there were four more Twilights, three big-screen Divergents, four Hunger Games—and “none of them were directed by women!” she said, still incredulous. “That was a heartbreak for me. There are other badass women out there that could have done those.”

It’s a problem that goes beyond Y.A. fare, Hardwicke pointed out. Hollywood has a tendency to hand projects written by and starring women over to male filmmakers: “There’s lots of projects like that,” she said, running through a laundry list of examples. “It goes on and on. They’re stories written by women, about women, and given to male directors. Over and over and over.”

Hardwicke is also still fielding attention from producers who seek her out at events and tell her about the exciting female-led projects they’re working on. Often, though, when she asks if any female directors are on board, they’ll balk. “I’ve had producers say, ‘We tried to have diversity.’ You tried—and you hired a white male again. So how hard did you try?” she asked. 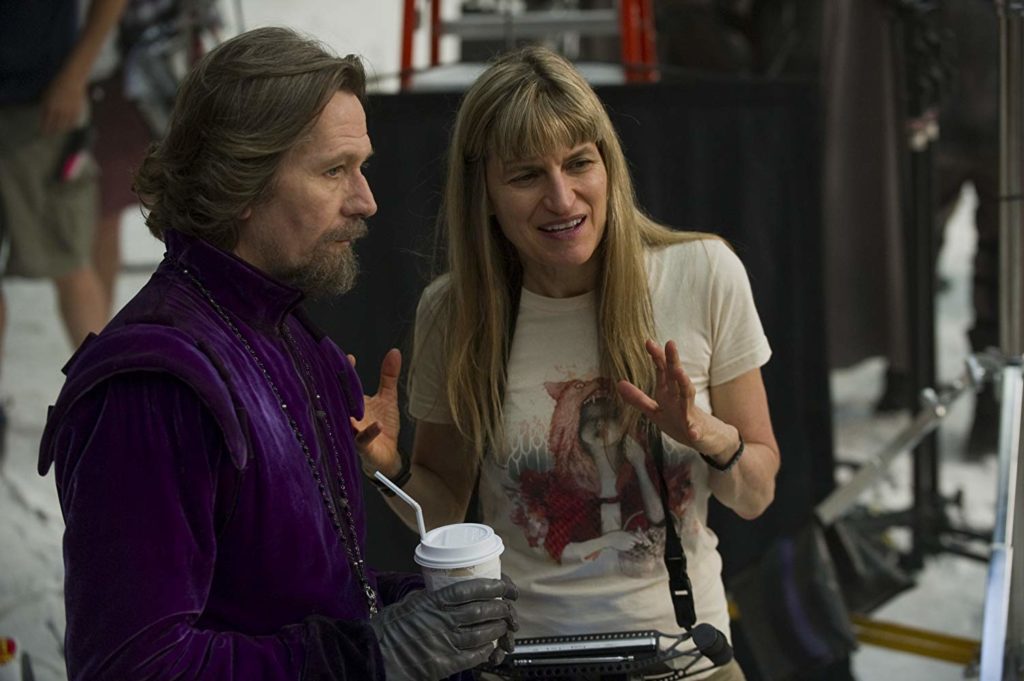 Her current TV project is the CW remake of The Lost Boys. The movie she shot may not make it to the airwaves as it was reported earlier this month that the CW did not like it and ordered a “major retool”. The poor woman can’t get a break!

You know, I can’t really wish ill will on this project. This is exactly what we have been saying for ages. You want to create a gay superhero, go create one. Hats off to Natasha for doing so!

Having said that, I have no desire to ever see this nor to read the comic. There is enough product already about women suffering under the mystical patriarchy. I’m sure the final box office tally will reflect my sentiment.

At this time, there have been no announcements about the actors, or when it will be released. We will keep an eye on this one.