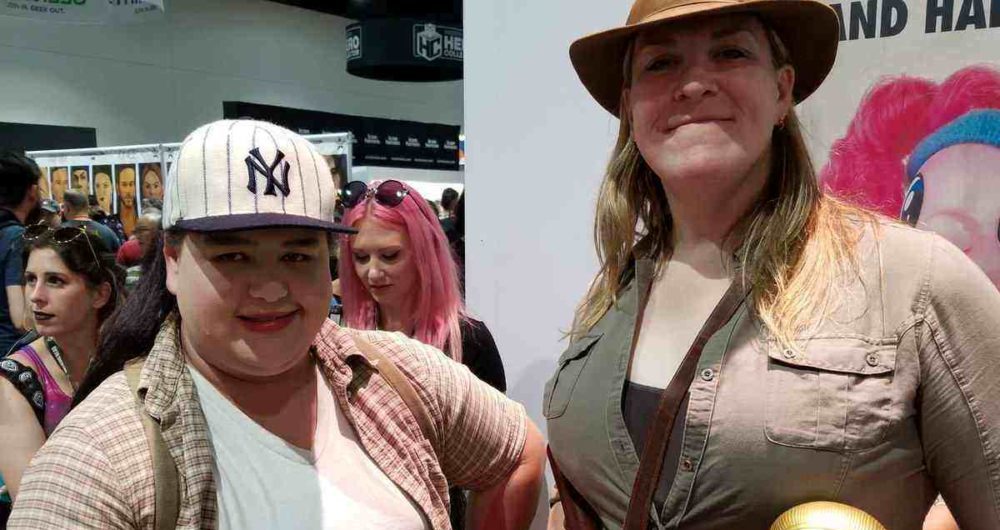 Everything Must Serve the Will of The Mouse

From the creatively bankrupt, delicate “geniuses” who are rolling in billions of dollars of undeserved cash, comes this “new” news that was probably predicted by the people who read this site.

…what exactly is an Indiana Jones movie without Steven Spielberg in the director’s seat and George Lucas involved in any capacity at all? The answer is not that different than the “What is Star Wars without George Lucas?” question. Both are once-defining cinematic franchises, original properties that were continued past their natural endpoints, which now exist as just another piece of fan fiction-y IP in the Disney empire. If Indiana Jones was “a period-piece adventure epic starring that guy from Star Wars, directed by the man who helmed Jaws and produced by the father of Star Wars,” removing two of those elements renders it that much less unique alongside today’s ongoing properties and would-be franchises.

What this means is that, with James Mangold’s name being floated to helm a future Indiana Jones 5, Disney is now in the position to, and I quote:

Disney’s collection of top-tier IP has grown so vast and dominant, at least for the moment, that even something as once-gigantic as Indiana Jones is now just a singular chess piece to be moved on the board in a quest for market share domination in the theatrical marketplace and a prized offering on Disney+ in the streaming wars.

Surely, however, the eighty-year-old man who just got raked over the coals by a “big-time” journeyman director in the massive crap show that was the end of what we used to call Star Wars, would object to Disney doing him again like that.

From the man himself:

“Certainly, the Marvel movies have made a spectacular example of a success of worked the other way around, they killed it! Well, we’re not going to make another Indiana Jones unless we are in a position to kill it.”

Translated into non-Hollywood, fanboy-speak, what Harrison said was:

“Disney backed the Brinks truck up to my house to even get me on Star Wars, and I never really cared about that character. So, this Indy guy should get paid MCU money. Which means three Brinks trucks a day. And they’ll throw in some “work” for Calista for good measure.”

This also means that Indy will surely go out in an ignominious and undeserving way, maybe dying from a paper cut infection looking at a map in a library.

And then be replaced by some younger, less deserving character actor who will shut up, not be offensive on Instagram, and be cheaply signed to three more “fan service” based movies.

And all the while, Disney and its media, and social media, surrogates will gaslight the original fan base, steal whatever remaining goodwill there might be among casual fans who have paid nominal attention to the Indiana Jones franchise in the past, and then push some commercialized dreck on Disney+ as the “future of the franchise.”

All with a Baby Short Round doll in time for Christmas shopping season 2023.

Great. Can’t wait for this cycle to start over again.

I can’t sum it up any other way than the trades do, so I’ll get out of the way and let them have at it.

Like Star Wars before it, a property that was once considered the pinnacle of fantasy blockbuster filmmaking is now just another brick in the wall for the world’s biggest entertainment company. As Bob Iger steps down as CEO after a 15-year reign, his theatrical legacy is one of acquisition (Lucasfilm, Pixar, Marvel) and branded nostalgia (those live-action remakes) rather than creating “new” franchises.

…an entire generation has come to view almost all “new-to-you” cinematic offerings as not worthy of a trip to theaters, with streaming channels like Netflix and VOD platforms which allow viewers to watch a “new” movie just months after theaters in high-quality at-home presentations for around $4-per-rental.

Audiences are no longer willing to take a chance on “new” fantasy franchises. Part of that is the sheer cost of the modern tentpole and the comparative death of the star system. It’s safer to reboot (or continue) The Matrix rather than give us the “next Matrix.” Star Wars and Indiana Jones are valuable because they were once gloriously successful new-to-cinemas properties.

Well, I will close out with this thought: Entertainment media, and by extension, the industries around it, are the only ones which I’m aware where the consumer/customer is always to blame for the negative outcomes around a  product, and who don’t benefit directly from the positives around their product.

It’s never the creators, the system, the industry or even the money men and women who have to make a change, adapt or fight for relevancy.

It’s always you — the consumer, the customer, the fan.