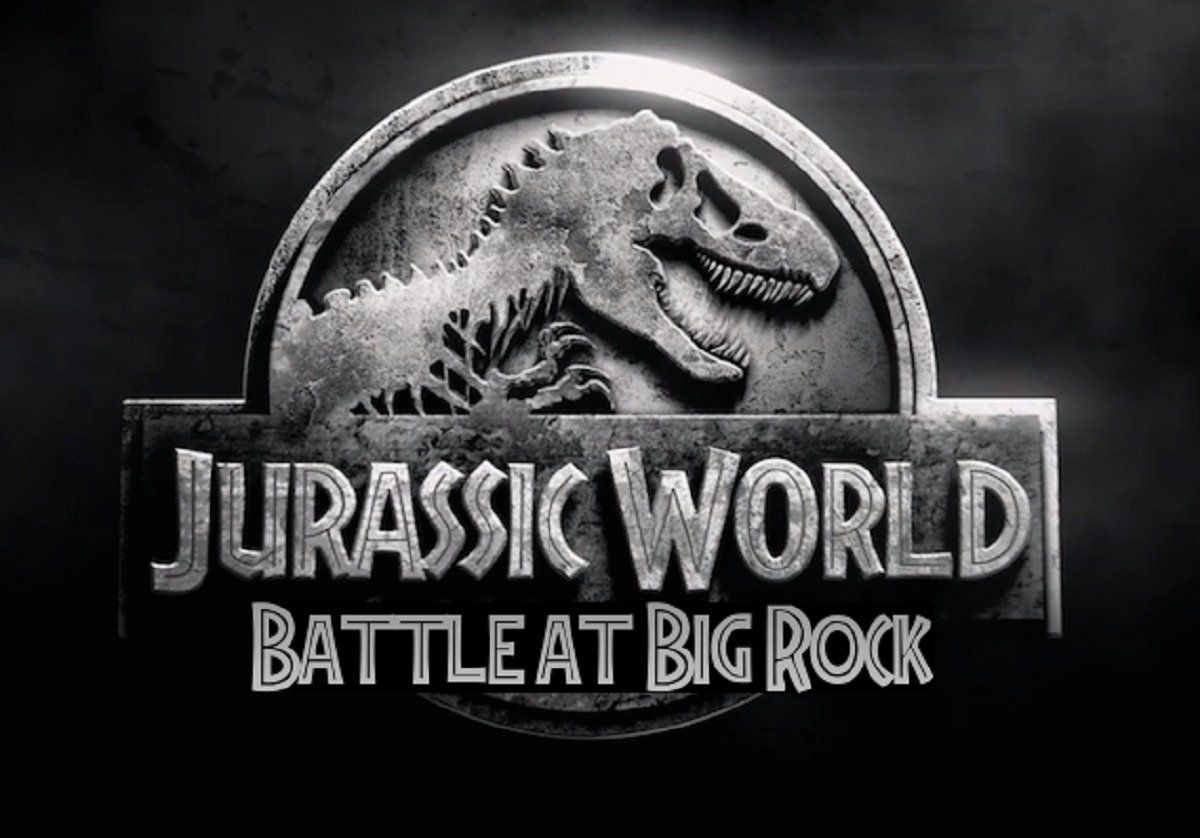 A new live-action Jurassic World short appears to have been in the works for release this summer. What is Battle at Big Rock? When will audiences get the chance to see it?

By doing a little digging we can put the pieces together and get an idea of the newest Jurassic iteration taking shape.

Exclusive photos of the crew at work during this weeks filming in Powerscourt Estate,Co.Wicklow of American blockbuster film series @JurassicWorld 3… pic.twitter.com/lprr5CDTHa

Back in January pictures from a photojournalist surfaced of filming in Ireland and were reported as being for Jurassic World 3. This was followed up by reports that filming included dinosaur animatronics and sightings of an actor who has appeared in the two previous Jurassic World films.

Bryce Dallas Howard was asked about the rumors during promotions in Ireland for Rocketman. She basically confirmed it while doing her best to dodge the question (from 4:44 mark).

She may need to go to the Marvel Studios School of Non-Answers after that one.

Even if she’s not the returning cast member, she obviously is aware that something is in the works. Since JW3 isn’t due to hit theaters until 2021, it seems a little too early for filming to have started. So what could they be doing? 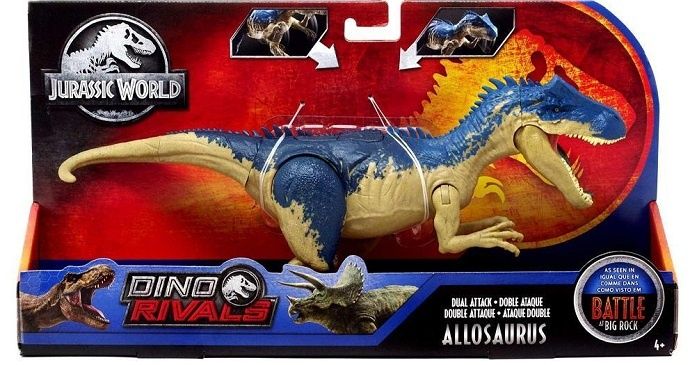 The final piece of the puzzle came when two new Jurassic World toys started showing up on store shelves that mysteriously advertised “As seen in Battle at Big Rock” on the packaging. These dinosaurs were a new Allosaurus sculpt and a new dinosaur to the series, Nasutoceratops.

These toys were not displayed at this year’s Toy Fare and took fans by surprise. Meanwhile, regular kids were just happy to see a new dinosaur on the shelf. 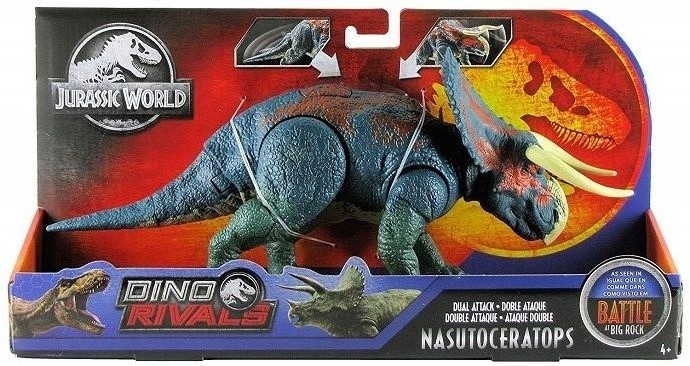 The Allosaurus is interesting because the last time the dinosaur was shown was as a juvenile, being trucked away from the dinosaur auction beneath Lockwood Estate. The new sculpt is a larger, mature Allosaurus, so enough time has passed for it to grow up.

We can only assume there will be a fight between the Allosaurus and the Nasutoceratops. The most likely returning cast member would be B.D. Wong, but maybe a surprise is in store.

The photos in January show Washington DC license plates, which gives us a good idea of the story’s location. For a long time the Jurassic Park 4 story was rumored to be about government applications of dinosaur hybrids. Could this be a clue to the larger Jurassic World 3 story?

Big Rock vs The Rock

The toys confirmed that the filming in Ireland was not actually for JW3 and provided us with the name of this new Jurassic project. The toys also let us know that it should be releasing in the near future. This is because toys usually come out a good two to three months before a theatrical release.

The most reasonable conclusion is that Battle at Big Rock is a short film. If it was anything else it would have long ago been announced.

The secretive nature of the project means it is not a promo intended to be dumped to YouTube. It’s supposed to be an exciting surprise to the general audience. And the only candidate on Universal’s slate to attach such a short film is Fast & Furious Presents: Hobbs & Shaw.

Putting a Jurassic short in front of an entry in the popular Fast and Furious franchise makes a lot of sense.

First, Jurassic World: Fallen Kingdom was not as widely popular or successful as its predecessor. Giving the audience a bit of a refresh could help get people back on board for the next Jurassic World film.

Secondly, Hobbs & Shaw is a spin-off and the added bonus of the short film might bring in some more people for a film that may be a bit of a risk for the series. After all, the films is tracking lower than any of the recent main entries of the franchise and may need a boost.

What do you think? Does the DNA match or is this a case of making a Brontosarus out of mismatched bones? Would a Jurassic short film get you to see Hobbs & Shaw?