Daniel Craig’s final appearance as international spy and super secret-agent James Bond will officially be titled No Time To Die.

The official synopsis is as follows:

Bond has left active service. His peace is short-lived when his old friend Felix Leiter from the CIA turns up asking for help, leading Bond onto the trail of a mysterious villain armed with dangerous new technology.

A more precise description has a retired Bond relaxing in Jamaica when his old CIA friend Felix and the new female 007 (played by Latasha Lynch) turns up asking for help. They go on a mission to rescue a kidnapped scientist but it all goes wrong, leading Bond to pursue a terrorist (Rami Malek) armed with world-ending bio-weapons.

I Reject Your Synopsis

Until I see a trailer that absolutely blows me away it is time for Bond to die.

I’m personally sick of it.

I’m sick of Bond being used as a posturing platform for empty-barrel actors and disgusting, Orwellian feminist politics.

I’m sick of everyone involved having to apologize for Bond’s actions, which merely reflects normal male behavior during the time when each film is produced.

That’s right, slapping mouthy women was business as usual in the 1960s.

But now, 1960s Bond is being held to today moral standards mainly because of this stupid notion that “James Bond” isn’t just a code name but is actually a real in-universe person.

A person that doesn’t age and always looks different every 10 years. The same exact person, the same exact character that was in Thunderball is the one that is appearing in No Time To Die!

Just stupid and another big ding against the whole franchise.

I’ve truly never liked any of this stuff. Most of the movies from the 60s, 70s and 80s are completely of their time and borderline unwatchable.

Goldeneye was an over-the-top surprise that spawned one of the greatest video games of all time. I can’t tell if I like the movie because I like the game or vice versa.

Casino Royale gave Bond the Bourne treatment and looked like it might re-invigorate the franchise but the last three movies have been some of the most obtuse, forgettable filmmaking I’ve ever had the fortune to walk out on.

The only hope that this whole endeavor will turn out OK is director Cary Fukunaga.

Fuck the fuck off. 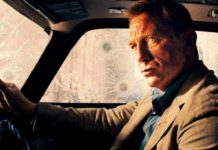 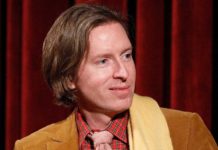 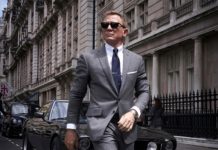 NO TIME TO DIE Brings Bond To The Big Game