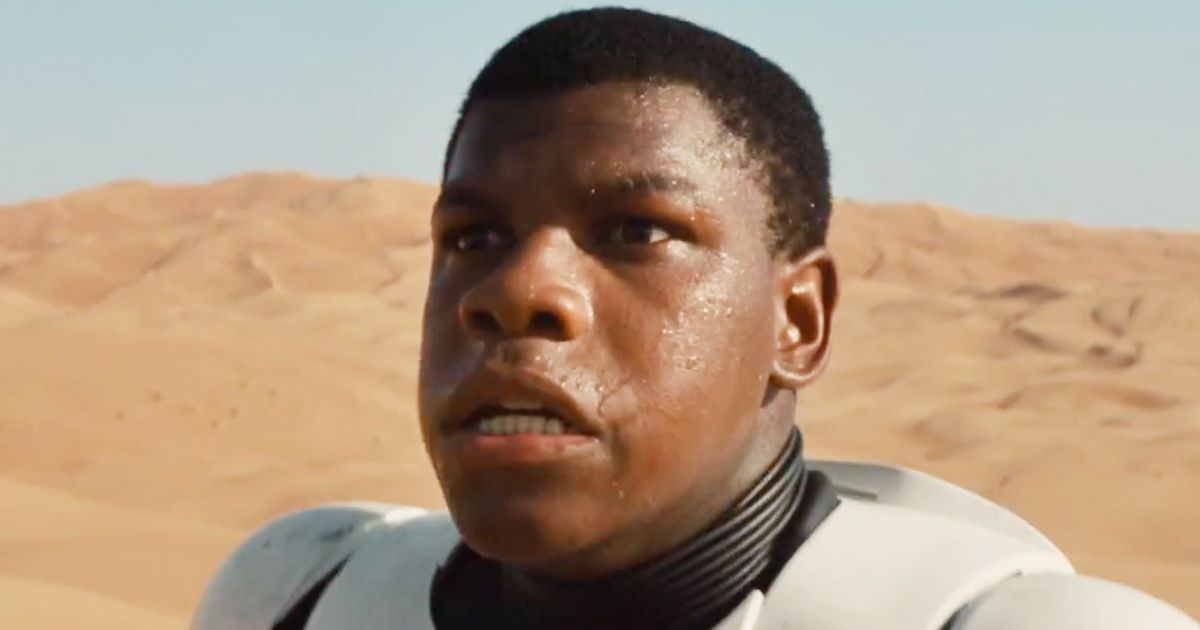 Great, They Blamed the Black Dude…

Well, the end of a tense mystery has come at last.

We know the what: A script for The Rise of Skywalker was listed on E-bay.

We know the who: John ‘Finn the ex-Stormtrooper’ Boyega.

And since he’s finally come out with it we know the how and why.

As previously reported by two-time (too many) director J.J. Abrams:

“an unnamed member of the cast lost track of their script, which ended up being offered for sale online to anyone willing to pay.”

It gets better actually.

Boyega shared all the dull and contrived details to Michael Strahan of Good Morning America.

“Let me tell you how this all went down. What happened was, it was actually from my apartment. I was moving apartments and I left the script under my bed. I was just like, you know what, I’m going to leave it under my bed. When I wake up in the morning, I’ll take it and then move. But then my boys came over and we started partying a little bit. And then the script, it just stayed there. And then a few like weeks after, this cleaner comes in, finds the script and then puts on eBay for like £65. So the person didn’t know the true value. And I actually thought this was a great opportunity for the fans to read the movie before they see it. Maybe I’m on to something. You know what I mean?”

In case you’re not one of the lucky achievers who work in the currency exchange places at the mall, £65 equals about $80 US.

Is This Just Trolling for Trolling’s Sake?

So what are to make of this ‘news’?

Well, we’d be best served by ignoring it, but since I’ve brought it up let me share my thoughts…this reeks of a cry for attention from the powers at Disney who see an increasing need to create an interest in The Rise of Skywalker.

Which, if any of this nonsense is to be believed, maybe a justified concern given that:

What do you make of this? Sound off below.