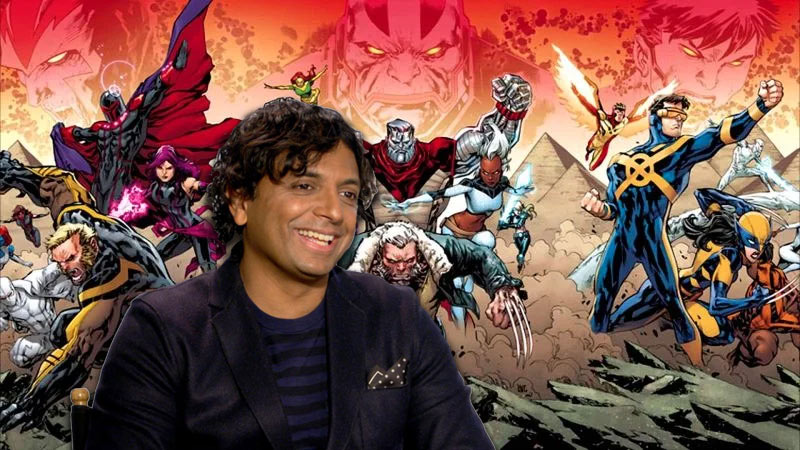 One of the most overrated and desperate-to-be-taken-seriously directors of our time is M. Night Shyamalan.

His path in filmmaking has been pretty standard since he was in film school at NYU:

His first film, Praying with Anger followed by Wide Awake established this formula. As did his films Lady in the Water, The Happening, Devil (which he produced), After Earth and The Village.

M. Night gets a lot of credit for writing and directing the films Sixth Sense, Signs, Unbreakable, Split and Glass, from comic book/fantasy fans, but this credit is undeserved, because these films either don’t hold up to repeat viewing, or were critically panned, even though they are his most financially successful to date.

Contrast this with his nearest indie film scene contemporary, Jon Favreau, a producer, writer, and director, whose first film, Swingers, grossed $4.5 million against a $200,000 budget in 1996. Jon has continued to manage his film directing, writing, and producing mix relatively well, moving from Elf, to Iron Man, Iron Man 2, Chef, and most recently, The Jungle Book and The Lion King remakes as well as The Mandalorian for the Mouse House.

Jon has successfully turned middlebrow, escapist, childhood sensibilities into actionable, profitable films, while also remaining an acting presence and successfully staking his identity for casual film fans in the MCU.

Favreau may not know film history, but he knows enough not to bite the hands of fans, the industry, and the corporations that have made his career.

You Shall Not Pass!

And now, into this mix steps the rumors that M. Night might go to work for Marvel, directing something in Phase 5. This would be a bad deal for both M. Night and Disney, not to mention an idea that MCU fans will probably have very strong opinions about. So it’s being floated through the reliable hack-frauds in online film site land, rather than being directly confirmed or denied.

There are three reasons why this won’t happen, and they all have to do with Jon Favreau, or rather his abilities and results when compared to Shyamalan:

Reason #1: Too Many Cooks

M. Night knows the general set-up of a comic book film (see the Glass trilogy) and clearly appreciates the conceit, but so does Jon Favreau and he’s already knee-deep in the Mouse House.

Reason #2: The Critics Hate Him

Favreau understands the financing game well as a producer and knows that Marvel Studios films have to not only make money but also be critical darlings as much as possible. Shyamalan has a history of sticking one landing (Split, Signs), but a lot of the time he sticks neither (Lady in the Water, The Happening, After Earth).

The properties coming up in MCU Phase 5 that might available, such as Blade or even — God help us — Fantastic Four, don’t really match his style of directing and vision. One only has to watch his problematic kids’ film, The Last Airbender, to understand how poorly he would handle high fantasy concepts like vampires or Doctor Doom. M. Night might do well with X-Men, but Kevin Feige isn’t going to touch that until Phase 7… maybe.

As a director, M. Night might be able to sell the “I self-finance my vision” myth from the 1990s, but for the MCU to be happy, and by extension the Mouse House, directors have to be malleable, non-contrarian and able to jump when the Feige says to do so. Shyamalan has a history of pulling pranks, saying things that aren’t true about his films and barely being liked by the filmgoing public.

Rian Johnson already didn’t work out with Star Wars, and I don’t think that M. Night joining the MCU roster of talent is going to work out in Disney’s favour long-term. in terms of a big commercial director Jon Favreau doesn’t just have his foot in the door, he’s sitting at the head of the table smoking a cigar, and I see future properties going to indie directors that have minor, middlebrow cred like him, rather than troubled directors with a track record of stilted vision like M. Night Shyamalan.