The entire DCEU is a convoluted, shambling zombie of a franchise, kept alive by unexpected hits, while its main events stumble and fall. These prevent clarity of decision-making, as Warner Bros. continues to be half-in/half-out.

One thing is for sure.  If the rumours we are hearing about Joker are true, it’s not going to make decision-making much any easier.

First, Alberto Barbera from the Venice Film Festival suggests this movie could be a serious awards contender.  Now, Cameron Bailey, co-head and artistic director of the Toronto International Film Festival (TIFF), has joined in. 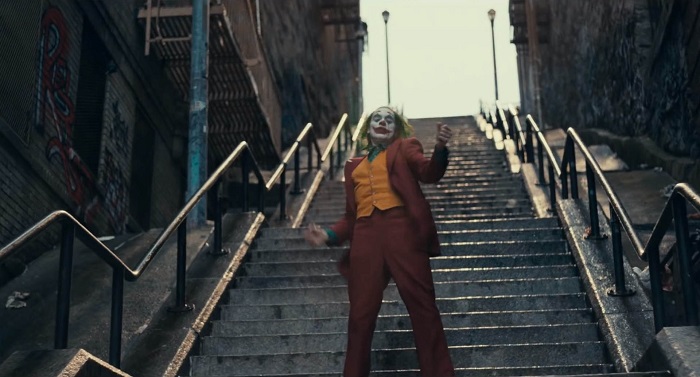 Speaking to the Toronto Sun, Bailey explained why Joker was chosen for the festival line-up.  He went on to say he expects it to be in the Oscar conversation at the end of the year. The conventional wisdom is that movies with comic book origins face snobbery and require something truly special to break through, like The Dark Knight:

“First of all [Joker’s] terrific. So it should play on our largest stage, but it’s a really original take on comic book movies and on the Joker character in particular. But it has an interesting tone and approach to it.

Although it’s work with very populist material, it has great ambition. That’s why it’s a Gala. I think people will be looking at Joaquin Phoenix’s performance in Joker. It’s that good.”

DC maintain this adaptation is a standalone work, which means the current confusion continues.  Jared Leto may, or may not, pop up in Suicide Squad 2 which is a reboot but not really a reboot, unlike The Batman which is a reboot of a character that still exists in the Wonder Woman and Aquaman continuity.

For fuck’s sake DC, get a damn grip!