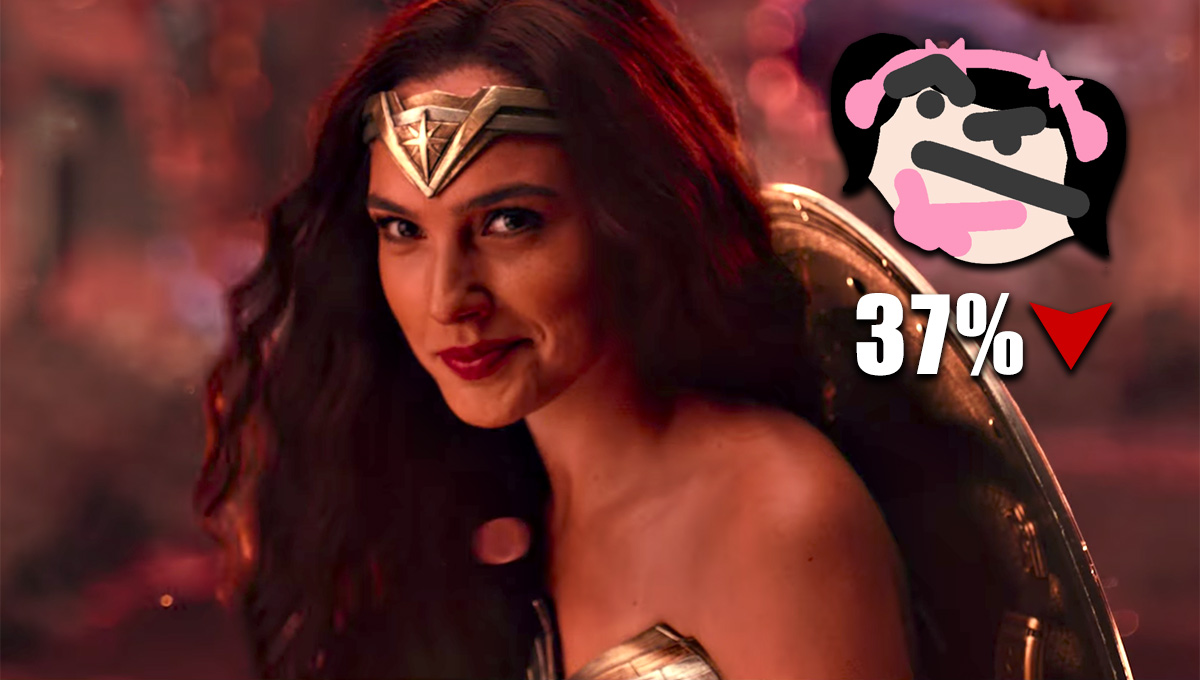 OK, This Is Starting To Piss Me Off

If Marvel doesn’t watch what their shills and allies are doing on their behalf they are going to crash the MCU right into the mountain.

Let’s review the jacket on one Brie Larson, star of Captain Marvel:

Miss Larson claimed women live on the defensive because a TSA employee had the temerity to ask for her phone number. Pretty nasty behavior for a movie star, right?

Miss Larson is seen endless posing for tryhard photos clearly aimed at hooking dorks with carefully positioned genre merch. We know she doesn’t give a damn about comics, video games, etc… so why is she pretending that she does? Maybe because she knows toe-sucking fanboys will endlessly clap for any celebrity who feed their egos?

Lesson 2: Be yourself, trooper. You don’t see white folks tryin’ act black, do ya?

Miss Larson said she doesn’t need “a 40-year-old white dude telling me what didn’t work about A Wrinkle In Time“. She loves talking about “white dudes” a lot and explaining to us why she doesn’t hate them.

But, even though they are the largest fan-base for Marvel movies and merch, she apparently doesn’t want a lot of them around.

Lesson 3: Don’t insult your audience. They will close their wallets.

Miss Larson decided to make the Captain Marvel press tour more inclusive by rejecting white male critics and movie journalists (you know, the majority?) in favor of female critics and critics of color.

I can’t believe I’m actually writing “critics of color” on a genre movie site but she started this whole cascade of calumny.

What she infers is that there is some sexist and racist conspiracy to exclude women — and more specifically, women of color — from entertainment journalism. Otherwise, why else wouldn’t qualified professionals from these groups be at the top of the industry?

Yeah, it makes no sense. It’s not supposed to.

As with any ideology it just makes for good windmills that a public figure can joust to position their brand. But this doesn’t work for positioning the brand of a Marvel comic book movie that is meant to be pure escapism.

Now Miss Larson is all caught in a web of her own making. Boxed in by her bullshit.

And this is just what I’ve picked up listening to the chatter.

I’m sure if I dig a little deeper I would find other questionable and self-defending statements from an actress that is allegedly attempting to open a four-quadrant tentpole.

Compare that attitude to our last female superhero, who had just made her first movie:

This Hole Digs Itself

Sister, when you’re headlining a $170 million comic book movie it’s good to avoid unnecessary controversy. In case your handlers haven’t tipped you off yet, reality has a way of wrecking the Bizzaro-World echo chamber of Twitter — just ask Lucasfilm.

Unfortunately, instead of acknowledging that there could be something to the complaints about Brie’s oddly confrontational behavior, the shills are backing her up:

Nevermind the review bombing and fawning reactions were thoroughly and completely debunked by Film Goblin investigators, the narrative is already set:

Stupid mommy bloggers, you’ve just thrown an anvil to a drowning woman. Does anyone remember how this kind of shame marketing worked for Sony Pictures? Listen up, kids:

Please. Thank You. No.

No one wants to bring their date, their children or their family to a supposedly fun movie that is suddenly surrounded by finger-wagging, lecturing and pearl-clutching.

Don’t believe me? Check out the “Want To See” score on Rotten Tomatoes today:

For all those saying it’s just “butthurt man-babies” downvoting this movie, where are all the brave supporters to upvote Captain Marvel?

Where are her fans?

I know, I know, clones… it’s all just l33t h4x0rz tricking the Rotten Tomatoes rating system with fake accounts, scripts and bots, as they did with Black Panther.

Isn’t that what you people claimed? People were deliberately sabotaging the “Want To See” score on that movie?

Yeah, the day before Black Panther was released, it was at 94%. You frauds. 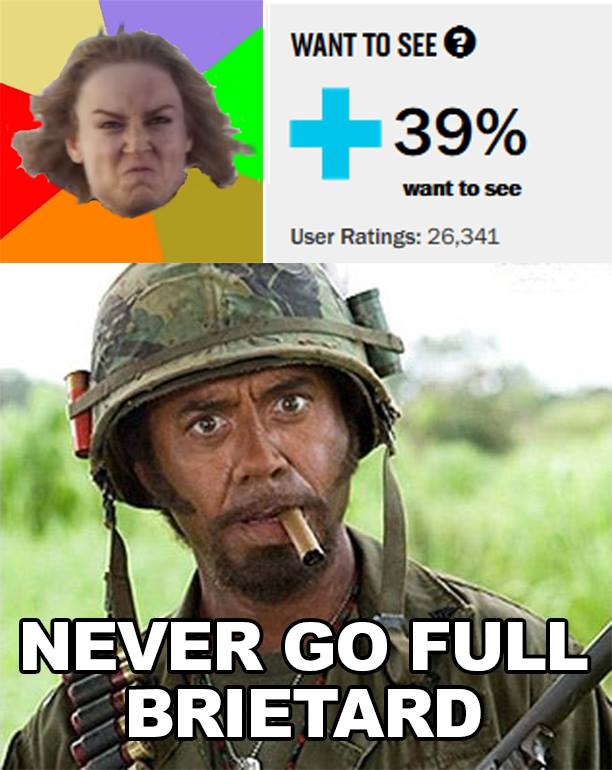