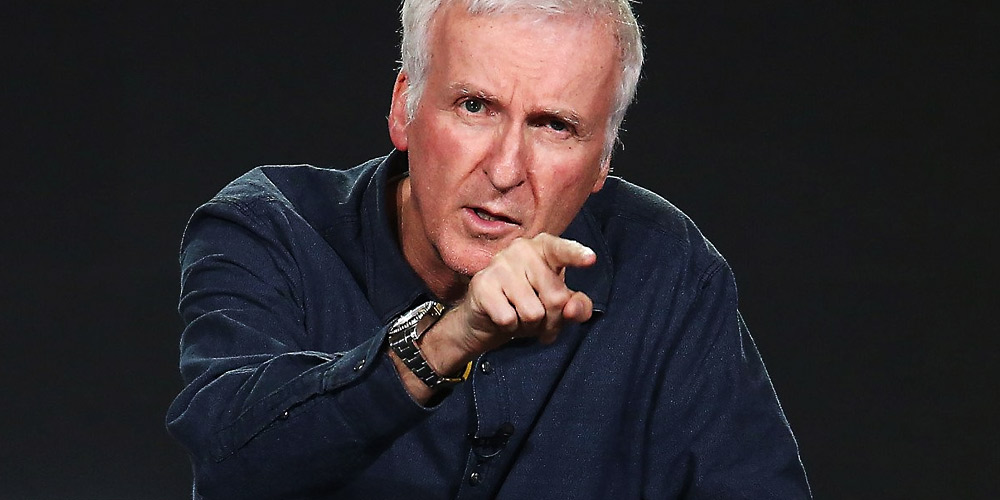 Whilst in the land of trilogies, Cameron (Do I really have to put something here?) took a break from his ever bar-raising schedule to talk about Terminator: Dark Fate.

God, I Love That Movie. But I Digress…

Terminator: Dark Fate will open next week, that much is certain.

What isn’t quite so certain is the future of the franchise after this sixth movie.

Uncle James says that he and two other writers, Charles “Chic” Eglee (Walking Dead, Dexter) and Josh Friedman (The Black Dahlia, War of the Worlds), outlined a new trilogy before focusing on Dark Fate itself.

“So there’s really a plot line that runs all the way out through a third film, if we get to that stage.”

Unlike his shilling for Terminator Genisys, Cameron seems sincere that he wants to give the franchise the renaissance he claimed was happening with Genisys.

To do that, he wants to “explore the human relationship with artificial intelligence.”

“I don’t feel we did that in Dark Fate. I feel that we set the stage or we set the table for that exploration, and that exploration would take place in a second film and a third film. And we know exactly where we’re going to take that idea.”

Please God, Make It Be That Way…

Given that Cameron has story credits for Dark Fate, I’m hoping that this latest Terminator film will be more than the wokefest it promises to be.

If only there was some committed soul that could reassure me. If only.