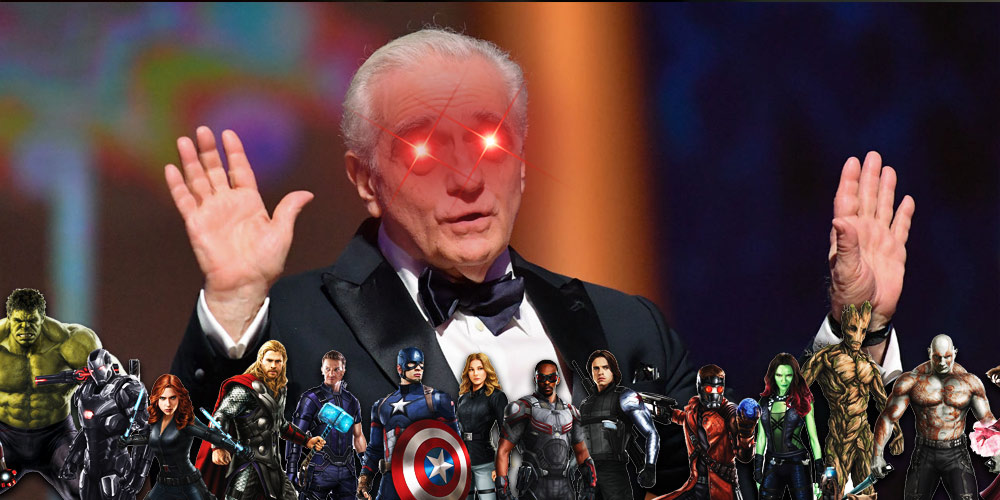 From The Man Who Lost To Dances with Wolves

The director who brought you Mean Streets, Goodfellas, Casino and The Departed, as well as Kundun, has sounded off about the biggest grossing films of contemporary culture.

Check Out The Big Brain On Marty!

Martin Scorsese was recently interviewed as part of the press junket tour to promote The Irishman, how he felt about the state of modern film, and the dominance of comic book films at the box office, in culture and the MCU, in general.

From the man himself:

“I don’t see them. I tried, you know? But that’s not cinema. Honestly, the closest I can think of them, as well made as they are, with actors doing the best they can under the circumstances, is theme parks. It isn’t the cinema of human beings trying to convey emotional, psychological experiences to another human being.”

Eh… The MCU Owns The Culture

I get it, Marty. May I call you Marty?

It sucks to be an auteur, a film historian, a person who came of age during the French New Wave and cut your eye teeth visually on Goddard, Hitchcock, and others who set the standard for cinema back in the 50s and 60s.

You have to now live in a world where audiences’ attentions are fragmented, fickle, and rely more on instant gratification than the slow burn.

It sucks to be in a world where the MCU fans own the culture, and you have to go to either streaming service, or go independent and self-finance, the kinds of films you want to make.

I wish it were different.

But Marty, it ain’t.

And, don’t worry, all of these trends have a life cycle.

One day, many days from now, MCU films, in essence, visual theme parks, will be looked at nostalgically by audiences entrenched in virtual reality, augmented reality, and video-game reality.

What do you all think about Scorsese’s lack of appreciation for what you like?