Good evening, and to those wealthy and child-free attendees of Marvel’s Hall H panel at Comic-Con, I hope you get diabeetus.

Anyway, here’s the big news from the Marvel Cinematic Universe panel that we’ve all been chomping at the proverbial bit over, so saddle up!

Marvel’s leading off with their least-known property, at least to this shallow Marvel Zombie — hell, I haven’t picked up one of their books in a decade, not that I’m missing much, it seems. 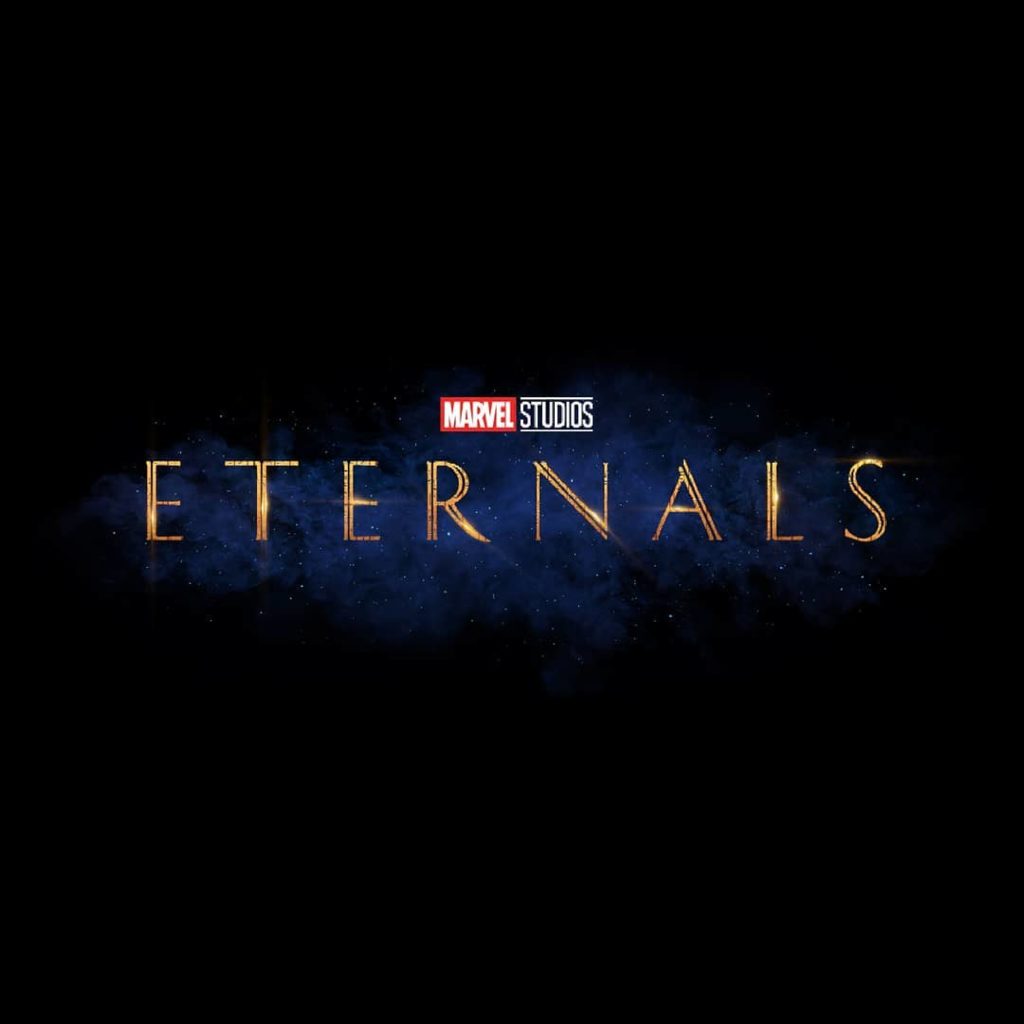 That sure is a logo.

Angelina Jolie and Salma Hayek have been announced as stars, as is Robb Stark from Game Of Thrones, Richard Madden. The film opens on November 6, 2020. NEXT!

The Falcon and Winter Soldier TV series is officially titled The Falcon And The Winter Soldier. Shocking. By the looks of it, we can expect Sam and Bucky to be fighting over the mantle of Captain America. Anthony Mackie and Sebastian Stan return.

The Falcon And The Winter Soldier premieres on Disney+, Fall 2020. 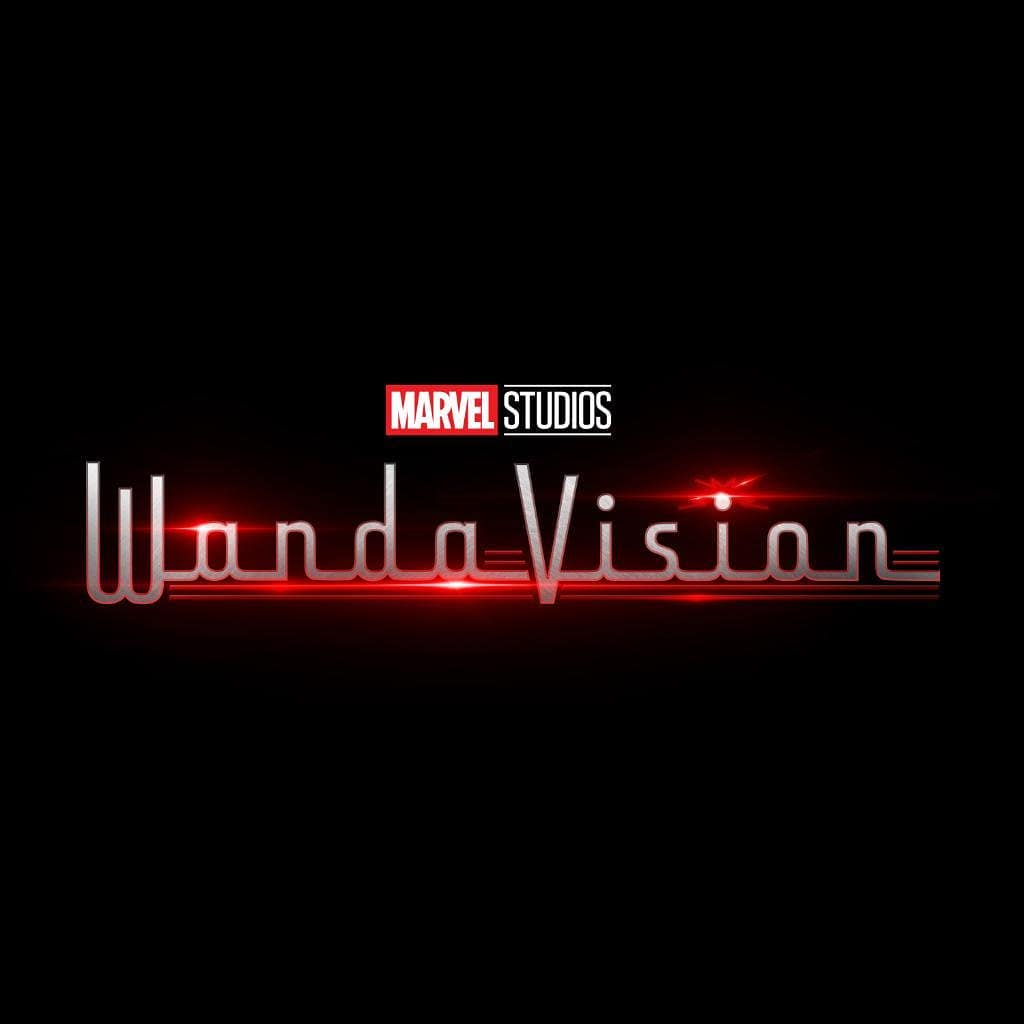 It’s got Wanda and the Vision. Geddit?

We still don’t know much about the awkwardly-titled WandaVision, but Elizabeth Olsen and Paul Bettany will both reprise their roles, and it will take place after Endgame. Oh, and Teyonah Parrish joins them as the adult version of Captain Marvel‘s Monica Rambeau. Spring 2021. 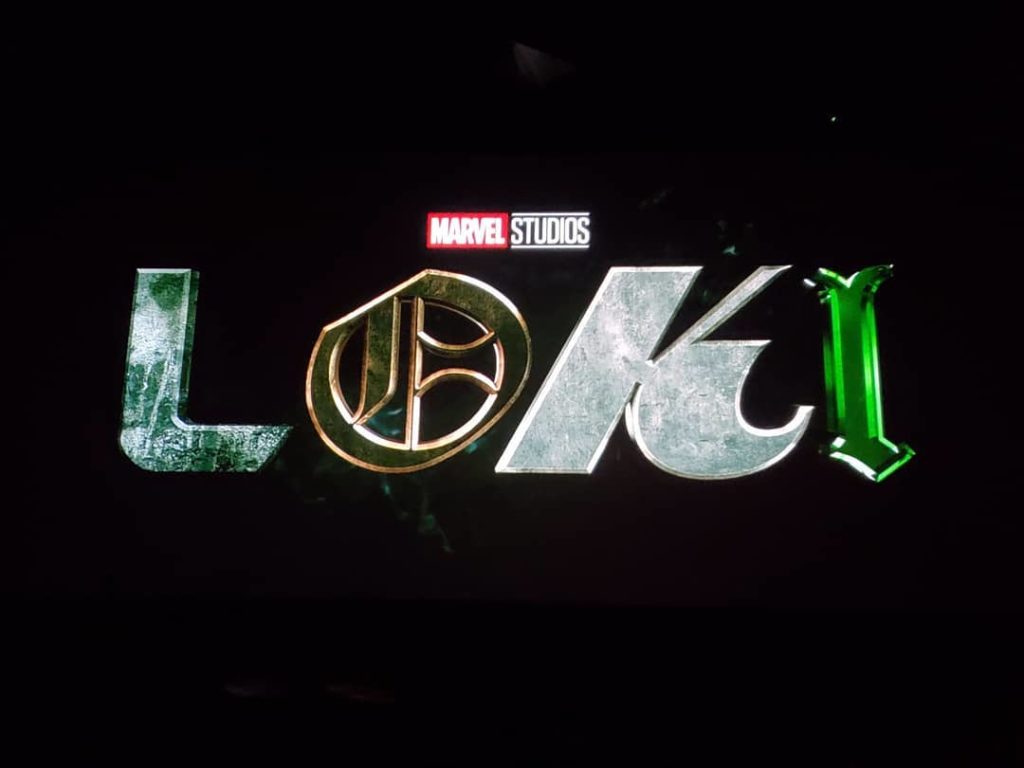 Spoilers for the 6 people who haven’t seen Avengers: Endgame…

Loki died for reals in Infinity War, but due to time travel/alt-timeline malarkey involving the Space Stone, a version of the trickster God is still knocking about the universe. Tom Hiddleston returns, also in Spring 2021. 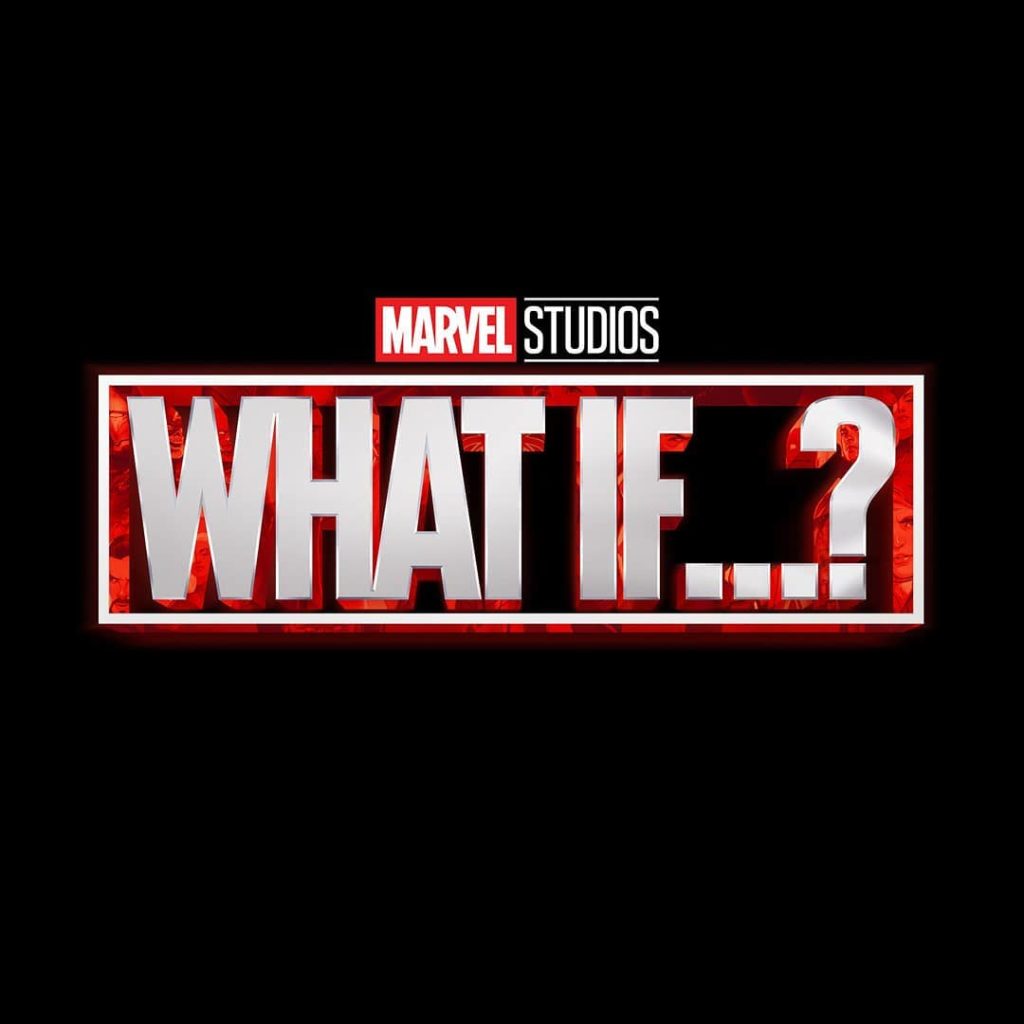 Somewhere, Scott Stapp is crying into his fourteenth Coors Banquet.

For those 80s kids who weren’t into comics, What If…? was an entertaining riff on DC’s Imaginary Stories, and it introduced crazy scenarios to the Marvel characters which were not canon.

Anyhoo, this animated show will pick up the same premise, presenting alternate outcomes and developments for the established stories and characters, all brought to you by the omniscient Watcher, portrayed by Jeffrey Wright, who had this to say:

“The Watcher is a non-Earthly being who observes all things. He’s watching over the multiverse and occasionally may nor may not intervene with the doings of earthlings, other than that he’s off doing his own things…Today is the 50th Anniversary of the Moonlanding. The Watcher first appears in 63 I think, Fantastic 4, he turns up on the Moon because today’s the 50th anniversary, but the watcher had a crib their ages ago. I’m excited to see where we take it, we could take it anywhere.”

Jeremy Renner returns in Fall 2021 for a series about the further adventures of the most accurate Avenger, Hawkeye. Along for the ride will be his no-doubt higher-qualified protege, Kate Bishop. Okay.

What About the Friggin’ Movies??

Simu Liu stars as Marvel’s answer to Bruce Lee, Shang-Chi, notable in the comics as the son of the fiendish Fu Manchu. However, since they also announced that Tony Leung is portraying the (really) real Mandarin, odds are he is gonna take Dr. Fu’s place.

Readers of Film Goblin will have already foreseen this development, as Gojira — our intrepid Man In Japan — called this back in May of 2018.

Benedict Cumberbatch will return on May 7, 2021, as Dr. Stephen Strange, in a more horror-themed entry into the series, likely playing to returning director Scott Derrickson’s strengths. We also now know that Elizabeth Olsen will join up as Scarlet Witch. Fingers crossed for a Doctor Doom cameo.

The house went nuts when this beauty flashed onscreen. Hell yeah, Taika Waititi decided a live-action Akira was a stupid idea after all and signed on to direct! Korg and Valkyrie are back, yeah! And… Natalie Portman… uh, okay, sure.

What’s this, you say? She’s going to what? Odin’s beard, this is not good… 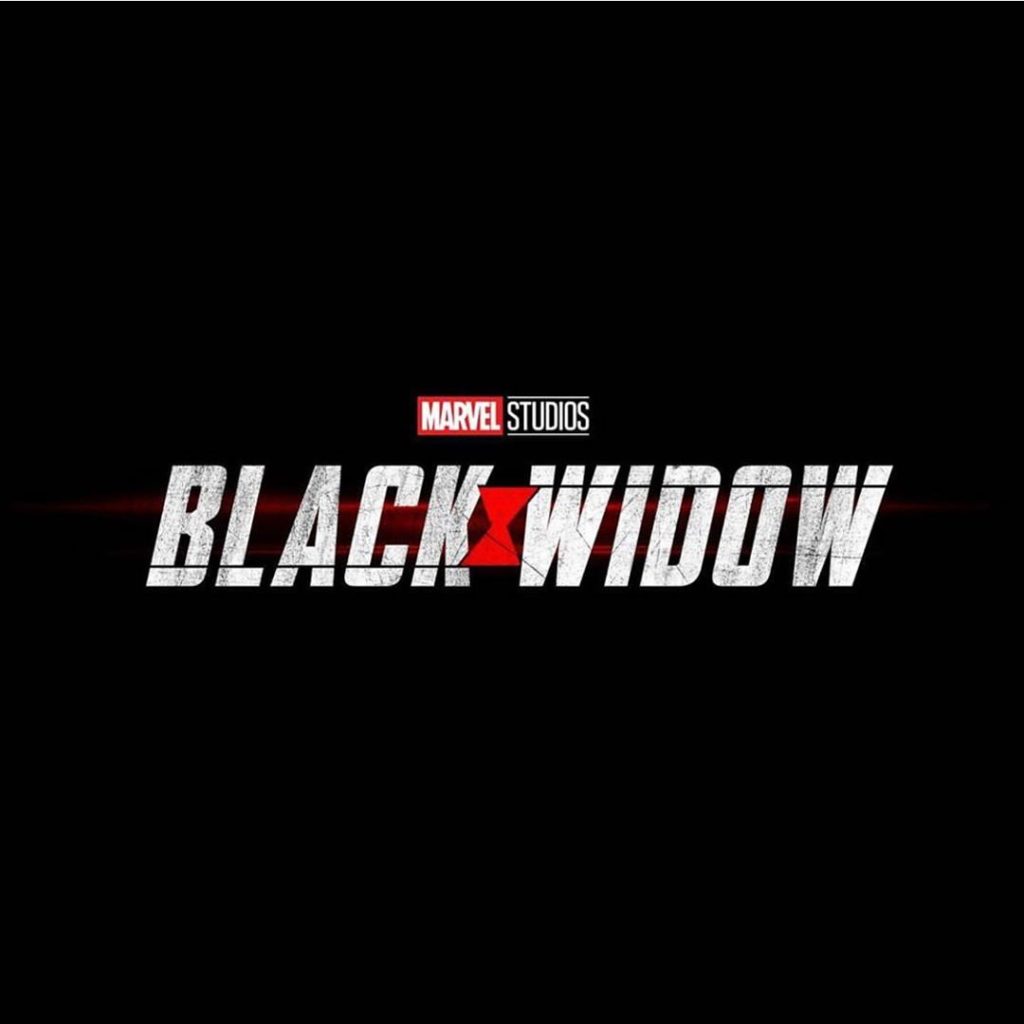 Sure, why the hell not. Scarlett Johansson’s done a lot of heavy lifting throughout the Infinity Saga, she rightfully will get her own movie. I’ll see it. Also announced: Hellboy star David Harbor as Alexei, and indie darling Florence Pugh as Black Widow 2.0, Yelena Belova. May 1, 2020.

Wrap it up, Dostoyevsky!

Jane Foster pissing in everybody’s Cheerios aside, this has been a rather predictable MCU panel at Hall H, as most of the stuff had already been announced or rumored. No big surprises, except…

Okay, I’m thrilled to hear this announcement. Blade’s coming to the M.C.U., although Wesley Snipes will not be returning as the Daywalker. Luke Cage‘s sinister Cottonmouth, Mahershala Ali, will take over the role. Bring it.

Oh, and they’re totally working on Black Panther 2, Captain Marvel 2, Spider-Man 3, Guardians Of The Galaxy Vol. 3, Fantastic Four and X-Men, but ain’t Kevin Feige got time for that.

I need a drink now. Have a good day.