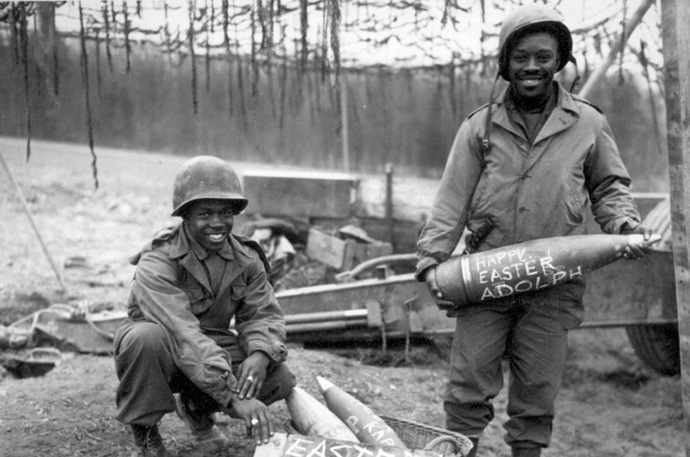 Michael B. Jordan, fresh off his mega-successful turn as Killmonger in Black Panther, will produce and presumably star in Liberators. The flick will be a WWII action-drama about the true-life 761st Tank Battalion, an African-American armored unit that served with distinction in America’s fight against Germany.

In a bit of serendipity, the 761st Tank Battalion was known as the “Black Panthers”. Jordan can’t seem to get away from Black Panthers. I wonder if his next movie will have something to do with late 1960s activists.

The groundbreaking baseball player Jackie Robinson was the most famous member of the 761st. No word yet on if the time covered will including Jackie Robinson’s tour, or the court-martial the MPs tried deliver to him when he refused to sit on the back of the bus during training.

Will Liberators Feature Inclusion Behind the Camera as Well?

It’s not presently known if the project will adopt an inclusion rider. Jordan has pledged his support for the contract addition that will require the studio to hire a diverse crew and cast, however. Presumably there will be no stipulation requiring pay parity, so it won’t affect Jordan’s paycheck.

It’s unlikely Jordan will exhibit any of the superpowers he’s had in previous movies (Chronicle, Fantastic Four, or Black Panther). There’s a good chance, however, that he will end up dying like he did in Chronicle and Black Panther, or like Fantastic Four did at the box office. Time will tell. Or I will, as soon as I know.

Liberators will be co-produced by Safehouse Pictures at Warner Brothers Studios. Tory Tunnell and Joby Harold are producing for Safehouse. Alana Mayo and Michael B. Jordan are producing for Jordan’s own production company, Outlier Society.