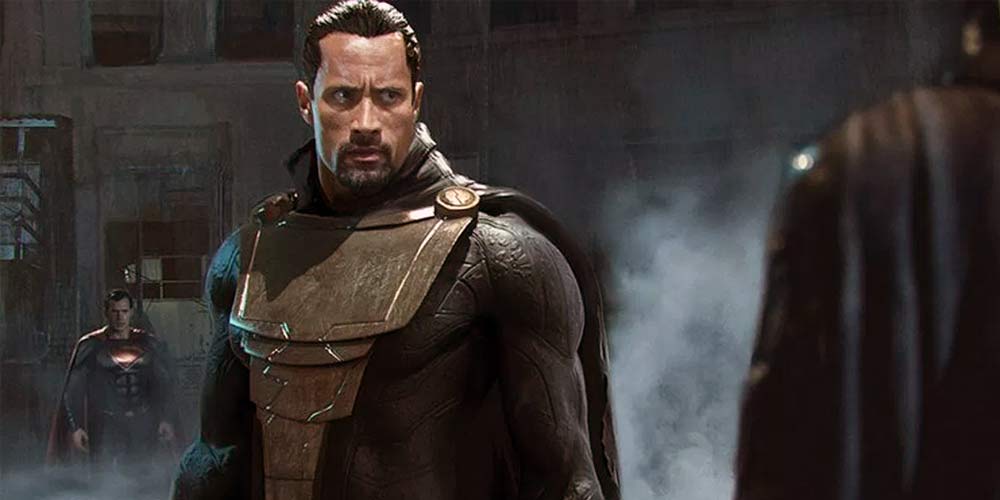 He posted the news on Instagram today, as well as a piece of artwork with him as the character which was created by Jim Lee.

“I’m honored to join the iconic #DCUniverse and it’s a true pleasure to become, BLACK ADAM.”

He also announced the release date of the film, December 22, 2021, in case you couldn’t figure out what the numbers on the bottom of the picture were for.

Jaume Collet-Serra, who just finished directing The Rock in Disney’s Jungle Cruise, will be in charge behind the camera. Collet-Serra directed the underrated horror film House of Wax in 2005, with Elisha Cuthbert.

Black Adam is Shazam’s big baddie. He originally started out as an ancient Egyptian who became a corrupted version of what was then known as Captain Marvel.

He has since in modern times become a popular anti-hero in the DC universe.

No word on how this film will tie in with Shazam, which was released earlier this year to surprisingly good reviews. Originally the plan was for Black Adam to at least cameo in that film, but it never happened.

One would logically assume that the idea is for the two to cross paths in a future film. Whether or not we get another Shazam film first has not yet been announced.

The biggest worry about this project is The Rock.

He may look the part, but Black Adam is Egyptian and traditionally portrayed as some who speaks with a middle eastern accent. Does Rocky have the chops to pull something like that off?