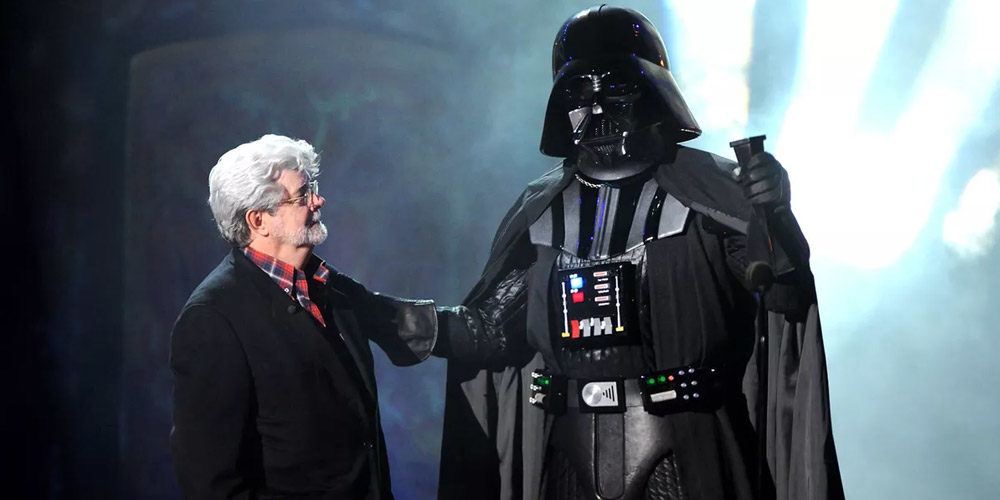 Never Seen A Woman Cut Her Own Throat Before

“Every one of these movies is a particularly hard nut to crack. There’s no source material. We don’t have comic books. We don’t have 800-page novels.”

“We Don’t Have Comic Books”

Is that a direct diss of Kevin Feige’s success with the Marvel Cinematic Universe?

I think it obviously is.

Which would seem an odd thing for the head of the studio to say about a successful producer who is being brought into her company to produce his own film.

This comment was made by a forty-year veteran in an industry where make-nice is not just the norm, but one in which bad-mouthing is absolutely never done.

Forget the Hollywood decorum, what about all the fans of Marvel movies who also crossover with Star Wars? Why tell them that Marvel was “easy”?

How can this statement be taken as anything other than a not-very-subtle attack on the Game Of Thrones wunderkinds Benioff and Weiss?

Kathleen just went after the creative efforts of the most successful people in both recent cinema and television in only two sentences.

This is public self-immolation we are witnessing here.

Even if you go with the “The EU was all non-canon” narrative, George Lucas himself has stated that he gave treatments for Episodes 7, 8 and 9 to Lucasfilm after the sale to Disney.

Bob Iger confirmed this is his recent book.

You Did Have Comic Books

There are at least twenty Star Wars comic titles.

While not all are going to be of the caliber of a feature-length, four-quad, tent pole Star Wars movie the comics that I’ve read, Dark Empire and Dark Empire II, have gripping storylines that introduced all kinds of  cool new settings, characters, and vehicles that frankly put anything and everything in the Disney Star Wars movies to shame.

There Were Also Books, Ma’am

The sheer volume of Star Wars novels is beyond the scope of this article to calculate but it must number in the hundreds.

We cover some of the Expanded Universe novels in our Save What We Love column.

There are books that focus on the adventures of Han Solo that could have easily been mined to give his character some much-needed depth in The Force Awakens.

Instead, we got a terrible CGI Little Ship Of Horrors with the rathtars and some oddly and specifically-ethnic bounty hunters or loan sharks or whatever. Then a weird reunion with Leia. Then he was dead.

Of course, there was also the Thrawn trilogy, a series of books where the heroes of the Original Trilogy act like themselves instead of hollowed-out, post-modern versions of their characters.

Just use that trilogy as a template, make the new characters the sidekicks of the Han, Luke, Leia, and Lando and hand the franchise off to them.

That shit writes itself.

I’m not suggesting that the source material, whether comics or novels, should have been faithfully adapted into movies.

But to not use any of the materials, to render them all non-canon in a sweeping and arbitrary decision, and then claim you never had any source material, is just the height of narcissistic hubris.

This is either a woman who is both willfully ignorant and incompetent or a woman who just doesn’t care anymore because she’s already been put on notice.

Why else would she go after Marvel, Game Of Thrones and the Expanded Universe?

Kathleen Is Done In This Unit

All Her Major Personnel Choices Are Gone

All Her Projects Canceled

The only buzz around Star Wars is being generated on Disney+ with The Mandalorian, a series that gives the fans exactly what they want and is celebrated for it with an amazing 4.6/5 Audience Score and 9.1 on IMDb.

Now, Kevin Feige is circling the franchise like a twenty-foot Great White, looking to start tearing chunks out of Mrs. Kennedy’s power.

And not just her internal power at Lucasfilm but her external power with an already skeptical and — in many cases — hostile fanbase who feel confused, insulted and betrayed by Mrs. Kennedy’s bizarre comments.

About This New Movie

According to The Hollywood Reporter’s article on Cray Cray KK’s suicide note, their sources are reporting that a new Star Wars movie has already been greenlit.

Both the title and director will be announced in January of 2020.

No, it won’t be Jon Favreau with a The Mandalorian movie.

By Christmas 2022, the release date for the next movie in the franchise, that character will have appeared in at least two seasons and the bloom could be off the rose.

Plus, no way Iger takes another chance on a backward-looking, stand-alone movie.

Unless the plan is to do a few seasons of The Mandalorian, two seasons of Obi-Wan, two seasons of the Cassian Andor show — which may not be happening — and have them all show up for the post-Prequel, pre-OT trilogy that I’ve always believed is inevitable.

See, you’ve got to set your mindset to mogul. Think in Iger.