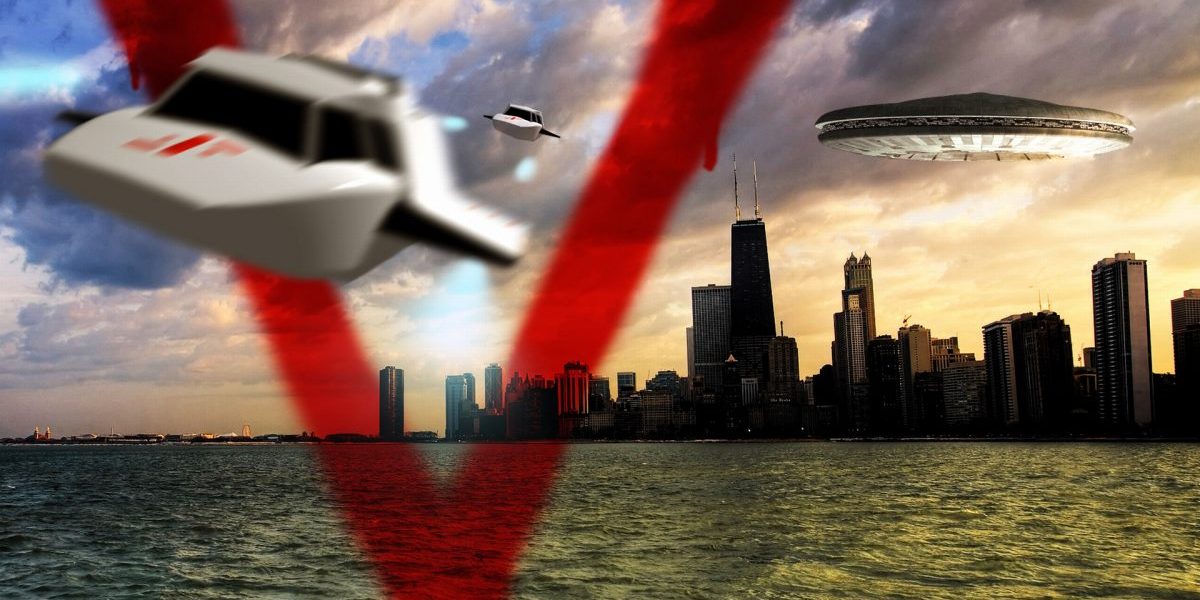 Sci-fi classic V is being revived as a big budget movie from Desilu Studios. Kenneth Johnson (the series creator from the 80’s TV series) will write and direct this new adaption.

The original 1983 miniseries was enormously popular, giving birth to a 1984 sequel, V: The Final Battle followed by the 1985 V: The Series.  The less than inspiring 2009 reboot lasted two seasons and left a lot of loose ends.

The V Movie will be produced by John Hermansen and Barry Opper. I was a huge fan of the series in 80s, so I have hopes for this.

The new film series doesn’t have a release date yet and there’s also no word on casting. Film Goblin will let you know all this when we find out.