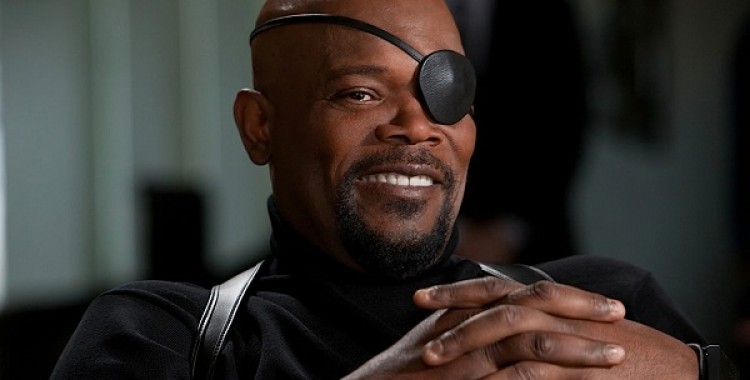 After a very, very brief appearance in Avengers: Age Of Ultron, Samuel L. Jackson’s Nick Fury was absent from the MCU until the closing title sequence of Avengers: Infinity War.

After some news today it seems he’s set to appear in at least two, if not all three Marvel movies opening next year.

It’s been long confirmed that a younger two-eyed version of his character will be in Captain Marvel come March 2019. It’s a safe bet he’ll have at least a cameo in the fourth Avengers.

In July some set photos teased what looked like Jackson in Spider-Man: Far From Home.  Now the actor himsef has confirmed this with a photo of him getting into makeup as Nick Fury for the movie.

Cobie Smulders’ Maria Hill character also apparently on-set in the UK and expected to be a part of the action. This will mark the first time Spider-Man and Fury have met on the big screen.

We had all figured that “Far From Home” referred to wherever Parker finds himself post Infinity crisis.  Does this mean we get Nick Fury in the Cosmic MCEU?