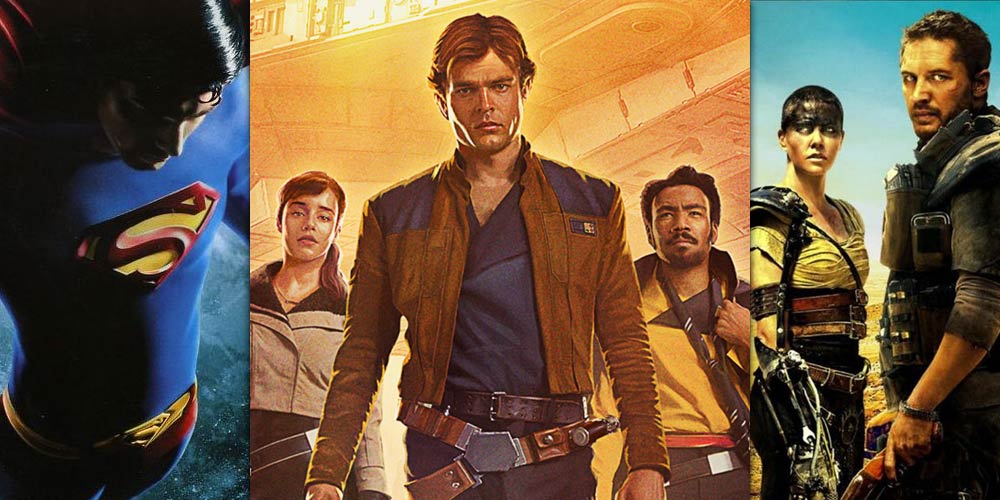 Cash Rules All in Hollywood

Studios put out movies only to make money.

That’s why they love franchises. It’s as close to guaranteed profit as possible in the industry that has always been something of a dice roll.

However, a number of planned franchises never made it off the ground or came to an end early because of budget vs box office reasons.

Let’s take a look at some.

When Bryan Singer was hired to direct The Man of Steel’s return to the big screen, he took over a production that had already spent years in development. Names such as Tim Burton, Nicolas Cage, and Kevin Smith had already been chewed up and spit out.

By the time Singer signed up Warner Brothers had already spent millions of dollars over the course of years developing the next Superman feature.

Even though the budget for Superman Returns was around $200 million, when you factor in the costs of all the failed attempts to make it over the years as well as marketing, the actual cost is estimated to be closer to $363 million total.

Considering that it made only $391 million worldwide, the film was a flop and lost millions of dollars for the studio.

A sequel with a much smaller budget was heavily rumored for a while, but ultimately never happened as a result of all the red ink the film generated.

Before every studio had to have a shared comic book universe, Warner Brothers hired Ryan Reynolds to star in a Green Lantern film.

A lot of money was poured into the film by the studio to pay for the massive amount of special effects. The effects were so extensive even Reynold’s Green Lantern costume was completely CGI.

Critics and fans were not kind to the film and it was barely able to make as much as its $200 million dollar budget. In the end, Green Lantern was estimated to of lost at least $75 million and killed any chance of a new franchise for the studio.

Russel Crowe has become kind of a punching bag now, but at one point he was the man and made great films such as Gladiator, LA Confidential, A Beautiful Mind and The Insider.

Master and Commander is on that list of great Crowe films. Based on the books by Patrick O’Brian, it was a critical hit and earned ten Oscar nominations, winning two.

It was also expected to be the beginning of a new franchise of intelligent, adult-oriented action films. Don’t laugh, those actually exist in theory.

Despite all its acclaim, Master and Commander was a money loser for its backers. Budgeted at $150 million, it only took in $93 million at the domestic box office and $212 worldwide, dooming any chance of becoming a franchise.

It’s almost impossible to find a genre fan who doesn’t love Fury Road, so on the surface, it looks like an undisputed success to most people.

It showed that the Mad Max franchise can go on without Mel Gibson and, like Master and Commander, was a critical success that received 10 Oscar nominations including Best Picture.

The film also had one of the greatest trailers ever.

But beyond the surface, it’s not all that great for the film.

Its budget was between $150 – $180 million. When you also take into account marketing, the $374 million it made at the box office means the studio took quite a loss on the George Miller directed masterpiece.

So that rumored sequel you have been hearing about, now you know why it will probably never happen.

Disney purchased LucasFilm with high hopes of making a lot of money off of a lot of Star Wars movies.

The Force Awakens and Rogue One were big hits, with Solo expected to follow suit and also set up to become another separate franchise within the Star Wars galaxy.

Instead, it became the first live-action Star Wars film ever to lose money.

Its budget is estimated to of been as much as $300 million, not good when you take in only $393 million worldwide. After all was said and done, Disney made back enough to cover advertising and prints, but not much else.

Solo‘s box office results were bad enough that the studio put a hold on all future Star Wars spin-off films.

Saban brought the Power Rangers to the big screen with this 2017 $100 million film starring Elizabeth Banks, the brains behind the recent Charlie’s Angels flop.

Though hopes were high that the progressive and woke cast would be the next big thing for kids, it didn’t quite do as well as everyone was hoping.

Power Rangers made $141 million worldwide at the box office, not enough to justify a sequel.

The final results were not as bad for Lionsgate as the other films on this list. Since it was made for kids, it had a healthy life in the ancillary market and most likely broke even for the studio.

Oz the Great and Powerful

Based on L. Frank Baum’s series of books on the land of Oz, Disney had a hard time marketing the film since they could not use certain imagery from the Wizard of Oz because it was still owned by Warner Brothers, which made their film in 1939.

The problem is that it cost between $200 – $215 million to make, so its profit was not as much as producers were hoping for. But it did have a healthy life on home video, where it was estimated to of made over $50 million for Disney.

But that was not enough cash and the planned sequel was canceled.

When Tim Burton was hired to direct the first reboot of the Planet of The Apes franchise in 2001 for Fox, a lot was expected of the film. With a big name director and up and coming star Mark Wahlberg, many were expecting it to be the biggest hit of the summer, if not the year.

Though the film ultimately wound up being a creatively bankrupt hit, it did not make as much as the studio was expecting, taking in $362 million worldwide on a budget of $100 million.

Since Planet of The Apes failed to live up to the hype and took in far less than Fox was expecting, the studio passed on the sequel the end of the film set up.

The franchise would go dormant for another 10 years before being rebooted with 2011’s vastly superior Rise of The Planet of The Apes.

Can You Think of Any Others?

Remember, just because a film takes in a good chunk at the box office, that does mean the studio is happy with the results.

What are some films that should have become a franchise but never did?