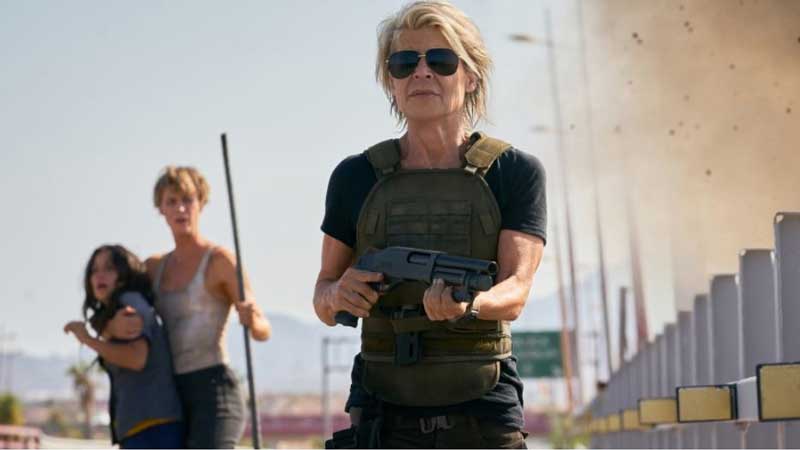 All of its ideas and story were really great, Khaleesi is just not a believable action hero and Jai Courtney is the cinematic equivalent of a bran muffin. 70s’ Arnold holding an RPG was worth the ticket price, or that’s what I tell myself.

Dr. Maturin’s Debauched Sloth may have his prayers answered.

Though it opens wide November 1, early reviews for Terminator: Dark Fate are out and some are really positive.

Dark Fate is a lean, tough, and absorbing sequel that taps back into the enthralling surface of the Terminator series.

What the film handsomely mines from the first two episodes, however, is the simple yet apparently elusive combination of kinetic momentum and emotional empathy.

Dark Fate is the best Terminator sequel in over 20 years.

All of this praise has so far blessed Dark Fate with a 67% Fresh on Rotten Tomatoes, which summarized the quality of the movie as follows:

Terminator: Dark Fate represents a significant upgrade over its immediate predecessors, even if it lacks the thrilling firepower of the franchise’s best installments.

Most of the reviews out are from professional critics or influencers, so take that how you will.

Maybe it’s a coordinated effort to trick everyone into seeing another terrible Terminator sequel, but probably not.

Why this changes… everything.

Maybe the bar is so low at this point it could be hard to not made a good Terminator movie? It doesn’t hurt that Linda Hamilton is still presentable and not falling apart like other actors her age.

Is there a chance here? Or am I lying to myself?