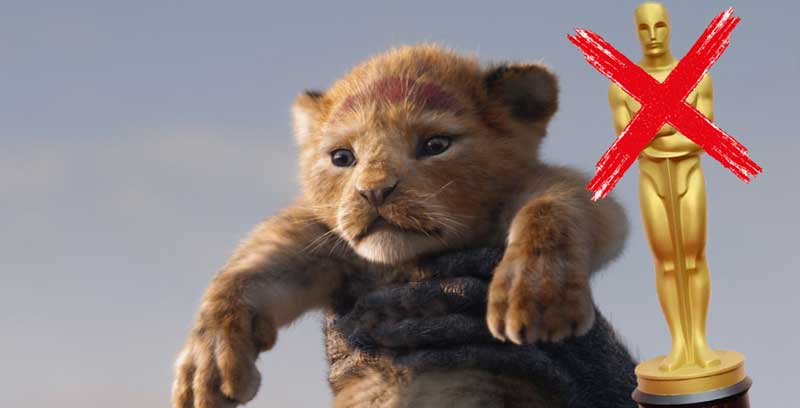 Disney has submitted Toy Story 4 and Frozen 2 for your consideration as Best Animated Feature for the 2020 Oscars.

I finally got around to watching Toy Story 4 and it was fine.

I am sure Frozen 2 will be okay.

This category is a joke. Everything today is 3D animated, and creating a full-length feature is cost-prohibitive.

It’s Disney’s own special category they lobbied for just so they could dominate.

Well, there is another crack in the armor. The Lion King wasn’t even submitted for the 2020 awards… because it’s a bad remake.

I know the double-standoff contrarians are quick to say something about “nostalgia” and “just let people enjoy things.”

It’s been said before and I will say it again, this years The Lion King was low-effort trash.

Everyone wanted this movie to be amazing. But instead it was… kind of creepy.

Why couldn’t they make them move around a little bit more? It just looks like a lion walking around with its mouth opening and closing.

The Lion King deserves to be forgotten.

Disney doesn’t care — they got your money and have moved on.