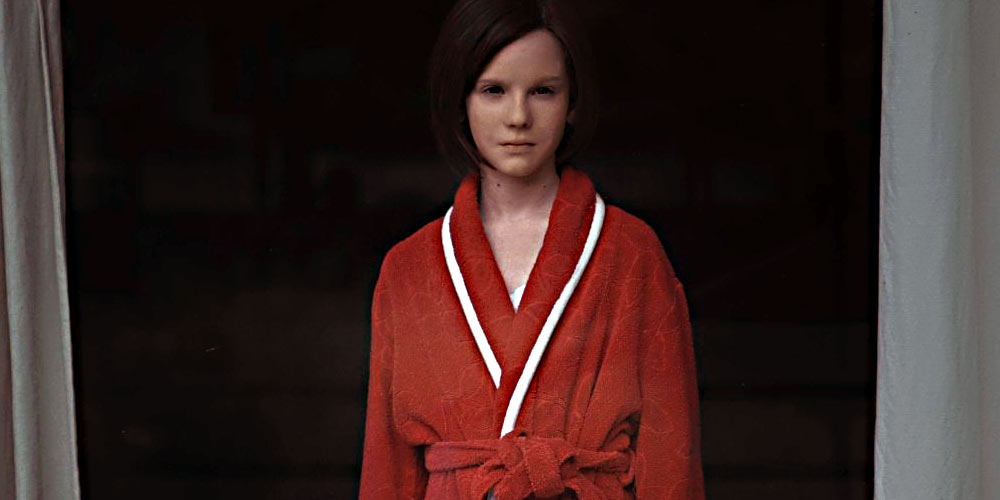 Hold Onto Your Culture, Boys, and Girls

If you didn’t know this was coming, you’re either willfully blind, stupid or don’t understand the depth of depravity we’re sinking very comfortably into in the West.

The second feature from Austrian director Sandra Wollner, the drama – which was already named one of the Berlinale 2020’s weirdest films based on the synopsis alone – begins gently enough, with a young girl lazing by a pool under the summer sun, discussing memories of her mother with her loving father. But as the scenes unravel it becomes clear that all is not as innocent as it first seemed.

Despite a remarkably lifelike appearance, the child – Elli – is actually an android, her memories programmed. And it doesn’t take long to realise that there’s something else to her relationship with this very human, very middle-aged man she calls “Daddy.”

Much of the nocturnal activity is only implied (perhaps leading many to question the depths of their own imagination), but there are moments where there’s absolutely no doubt as to the rather envelope-pushing direction the film is taking.

“Envelope pushing?” The envelope has been shredded, destroyed and mailed in another letter to a dead letterbox at the North Pole by this point.

Who are these people actually kidding?

They have been grooming our kids, our culture, and our mindsets around technology, sexual morality, and, of course, “love,” for at least three to four generations now to be inured to this topic being represented on film and now, they’ve got us where they want us.

But, But, But, It’s Just a Machine

Let’s not pretend that this isn’t about mainstreaming the last sexual perversion—other than bestiality—that isn’t socially acceptable.

And there’s no argument to be made in defense of the existence of this film by using the “Lolita” defense, or even the “well it’s just a robot” defense.

Wollner says the story was aimed at being an “antithesis to Pinocchio” (funnily enough, also showing at the festival, although without so many nods towards pedophilia), or Steven Spielberg’s A.I., where the central characters dream of becoming human.

“What I found interesting about it is that we have an android whose only desires are the ones you program it to have,” she says. “I found it fascinating to show the perspective of the world through this machine that does not judge and does not care, and doesn’t need the meanings that we do.”

Pinnochio is about a hero’s journey to greater enlightenment and personal growth.

Sexual activity had nothing to do with it, because, when you debase everything to the base need of sexual pleasure, then you reduce Pinocchio to a mere object, and thus, reduce people to mere objects.

Of course, if you live like an atheist and have a worldview that this world is all there is and that human beings aren’t any more than a conglomeration of cells accidentally swirled together, to both begin and end without meaning in the world, then why wouldn’t you build a kiddie sex robot, thus softening your resistance to going and getting a real kid?

Of Course, the Child Actor Was Treated Well On Set…

One more point: It is not lost that Harvey Weinstein was convicted of sex crimes the other day, and it is also not lost that several of the more outrageous scandals in Hollywood in the last ten to fifteen years have confirmed what many of the “rubes” out here already knew about the sexual perversion that runs deep in the veins of Hollywood.

But, of course, the 10-year-old child actor who played the robot in the film, was treated well and respectfully, because, after all, well, let’s let the idiot director of this thing explain.

Looking for Elli was – perhaps obviously – slightly removed from your average casting call, the filmmakers not merely wanting someone who suited the part but also a child Wollner says, “Came from a healthy environment,” with the sort of open-minded family who would understand the story they wanted to tell and also allow them to do it. In the end, she says it was “pure luck” in finding Watson, whose parents were known by a friend of a friend.

“We had really honest talks with the family, who were there during the shoot. It was very open, very transparent. And of course we talked to [Watson] about the film in a very child-appropriate way.”

Understandably, the few nude scenes were all created via VFX with Watson in a bikini and covered in dots (“Of course we didn’t have a minor running around naked,” says Wollner). The young actress also wore a silicone mask and wig, which served a dual purpose, not only hiding her real identity but also helping her resemble another actress who appears later in the film.

Well, DAMN! That just makes this entire production all white!

By the way, there is a trailer out there for this turd, which I will not link to here, as we are a family site.

Assuming that the audience you serve, and by extension the rest of the world around you, is as degenerate and sexually perverted as you happen to be, is one of the greatest sins of people both attracted to working in Hollywood, and those who make a living, such as it were, deep in the Hollywood machine.

But they can’t have it both ways: They can’t prosecute and throw out Weinstein from the palace, while at the same time releasing tone-deaf, socially ignorant dreck like this as “art.”

They can’t both scream about “believing all women” and “caring about all minorities” while at the same time cynically profiting off of the women and children who are the usual victims in any scenario where they are exchanged for immediate gain.

They can’t say “well, that’s just your opinion” or “well, just change the channel if you don’t like it” because they’ve flooded the zone, they own the culture, and they aren’t giving up.

As a matter of fact, they are pushing harder and harder with their gender nonconforming, “believe any lie in place of the truth” nonsense.

When they can get you to believe “it’s just a robot” they’re all the way to getting you to the destruction of children and sacrifices to Moloch at the end of the civilizational road.