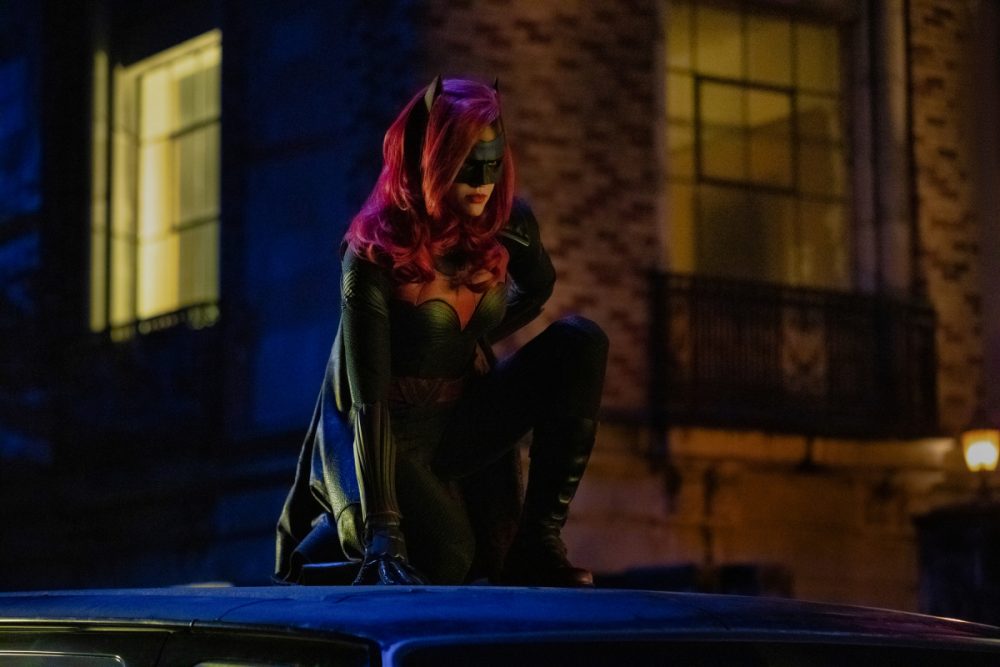 CW’s Batwoman will be the first lead character of a live-action superhero TV series to be played by a former fashion model.

Some say that Warner Bros. is taking an awful risk using Ruby Rose, an actress whose credits include Australia’s Next Top Model, The Project and a stint as a VJ on MTV Australia, but we here at Film Goblin will always support women that push boundaries, explode stereotypes and demand to be represented.

Plus, man… can this girl act.

The passion, the emotion, the craft… she doesn’t even have to speak to communicate!

Unfortunately, the network, in a truly shameful act of corporate cowardice, has only ordered a pilot episode of Batwoman.

Batwoman first appeared in the CW’s DC crossover event last month; an event that gave us a flirtatious moment between her and Supergirl.

Or moments. Again, Ruby’s acting is a revelation.

YALL THIS IS SOME GOOD GAY SHIT I WAS NOT EXPECTING ?? pic.twitter.com/IngMhR3plN

So What Is This Brave Show About?

According to the CW:

Armed with a passion for social justice and a flair for speaking her mind, Kate Kane (star Ruby Rose) soars onto the streets of Gotham as Batwoman, an out lesbian and highly trained street fighter primed to snuff out the failing city’s criminal resurgence. But don’t call her a hero yet. In a city desperate for a savior, Kate must overcome her own demons before embracing the call to be Gotham’s symbol of hope.

What is this “social justice” they speak of? Is it like regular justice with a guest list? Is there a membership fee? Will there be beer?

Wow… just… wow. We are on the cusp on having a fashion model breakthrough into mainstream scripted television and they are focusing on her sex life? I thought we were better than such salacious bedroom gossip… smdh.

Emmy-winning Game Of Thrones director David Nutter is going to be behind the camera for the first episode. His pilot credits include of The CW’s The Flash and Arrow, The Mentalist, Supernatural, Without a Trace and Smallville, so there is a much better than average chance that this last and highest glass ceiling will finally be broken.

Batwoman will be under consideration for a series order for next season. Call, tweet and email everyone and anyone who works at CW to make sure this happens.