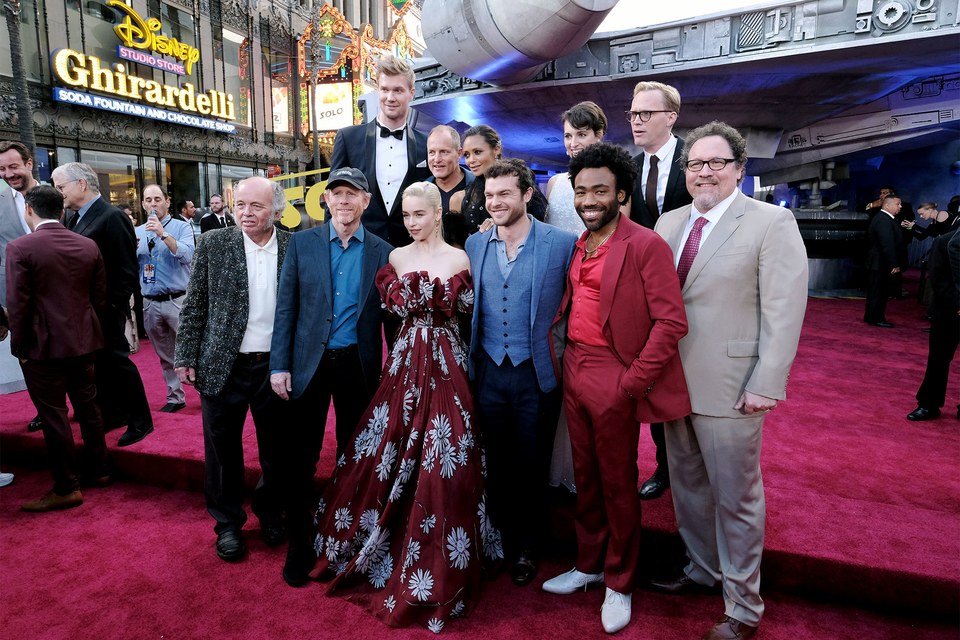 Well, after a completely grabasstic production that saw directors fired and endless reshoots came the bumbling promotional rollout that gave us hacked movie posters, the “Guns/No Guns” debacle and cringe-inducing articles from the Disney shill media.

But now Solo: A Star Wars Story is here and people are watching it. Well not people, not the little people like us; the special people, the trendsetters, the blue-checks, the shills, the replicants.

If you think about it, it’s truly a brilliant marketing concept. Get a bunch of industry insiders together who rely on the success of your product for their livelihood, show them your product and then unleash them fawn over it on social media.

Since I couldn’t find any Disney employees who were reacting (where is that backstabbing traitor Finn?) let see what the shill-synth 1.0s have to say:

There’s some fun to be had with #SoloAStarWarsStory. Ehrenreich was solid and really enjoyed Glover and Waller-Bridge as L3, but not convinced we needed a young Han Solo movie. Was really hoping for higher stakes, more energy and depth.

What in the blue Kyber crystals?

“Was really hoping for higher stakes, more energy and depth.”

From Collider? Something is off here, something is terribly, terribly wrong.

Let’s find someone else from over there:

#SoloAStarWarsStory was a mostly fun adventure and solid performances but with a predictable story. Never will be one of my favorite #StarWars movies but I enjoyed enough of it.

Dude, you might not have a job on Monday. Delete this now.

OK, ok… we can find someone over there. What about the head shill?

Another thing about 'Solo: A Star Wars Story' that really stood out are the action set pieces. They were GREAT and so well choreographed.

Ahhh, now that is stuff right there. That is more like it.

Now this is podcast shilling!

Alden Ehrenreich as Han totally grew on me. And @donaldglover as Lando was such a delight. But I left the film yearning to see the version that Chris Miller and Phil Lord would've made. #SoloAStarWarsStory #SoloMovie #SoloPremiere

A millennial woman thinks Donald Glover is a delight. No surprise there.

But that last sentence. It’s these backhanded compliments and little digs that do have me a little surprised. Hope?

What about the guy who runs Rotten Tomatoes, a site that profits off of interest in movies, especially blockbusters that drive traffic?

Wow. Just come out of #SoloAStarWarsStory and can confirm it’s kinda a blast. @donaldglover was as perfect as expected, but Alden Ehrenreich has swagger to match, and spare.

I wonder if he’s figured out how to eliminate counting ANY low Audience Score ratings this time and not just the one star and below rating he excluded for The Last Jedi? I think the cut off should be three stars and below, Joel. Do right by Kathy here.

I think I went to high school with this next girl:

#Solo was an absolute delight of a romp with heart, charm, and action. Donald Glover is as Lando as can be, and L3-37 is the BEST. I can't wait to see it again.

Yeah, when a droid “believes passionately in droids’ rights”, I’m going to say that it’s probably a nagging, soap-boxing annoyance and not the kind of droid I’d want around.

Oh, and Amy works for StarWars.com.

Infinity War was a spectacle and amazing movie. You know how much I love the MCU. But I’m saying it. #SoloAStarWarsStory was a better MOVIE.

And then there is this former, part-time, New Orleans news-babe who has clear ambitions on being the next Olivia Munn. “OMG, guis, I heart the Star War! LOVE!”

Got out of #SoloAStarWarsStory and I’m completely floored. This movie seriously holds up! I was on the edge of my seat and had so much fun watching it! Interviewing the stars of the film tomorrow, cannot wait ❣️ pic.twitter.com/7GAr6h2c8q

Is someone who is interviewing the stars of the movie for IGN tomorrow going to give an honest assessment about that movie today?

Did any real critics from actual review sites, or at least non-shilling media sites, get to watch Solo: You’re Kathleen’s Only Hope?

Does Entertainment Weekly count as non-shill? I’m not sure at this point:

#Solo thoughts: Blast.? Like the Falcon, a few rough edges getting there, but I thought @RealRonHoward pulled it off as neatly as a Wookiee removes arms.

Solo: A Star Wars Story is… fine. It's slow to find its footing, but picks up in the second act, and it's definitely fun. Has the occasional prequel problem answering questions I didn't need answers to, but also some fun references. Overall I liked it, didn't love it pic.twitter.com/dV02yRYueA

CinemaBlend has always been a pretty reputable site. But that’s almost it for legit film critics. Compare this to the number of critics who said good things about Avengers: Infinity War and it looks like anyone with that might give an honest opinion was kept on the other side of the movable barriers.

Maybe this guy can count a critic?

It does take a bit to get used to Alden as Han, but after 30 minutes or so your brain adjusts. (Also I've now finally seen Clint Howard in a Star Wars movie.) #soloastarwarsstory

Yeah, I’m afraid they want our brains to permanently adjust. So all become shill-synths. Everything is awesome when you’re part of team!

I don’t trust any of these people. Where is Kevin Smith? Where Kevin at? Where the boy at, Kathy? Kathy! Kathy! Look at me! Kathleen! Where the fuck Kevin at? 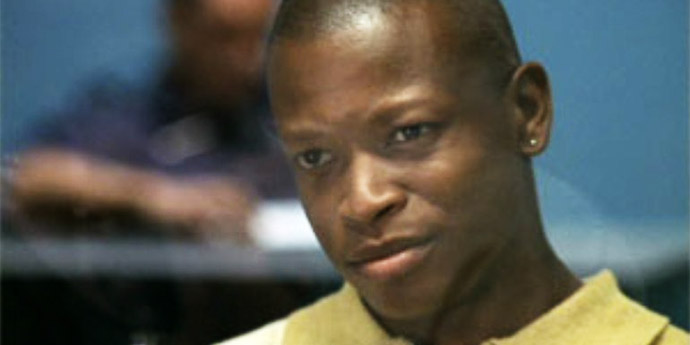