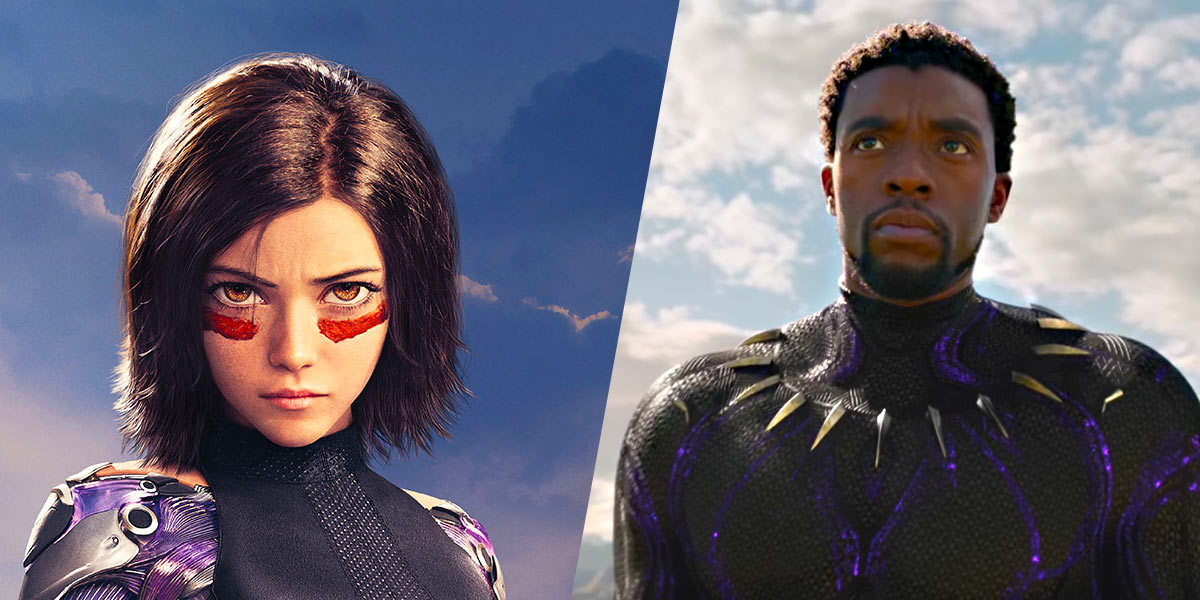 On Thursday, January 31st, audiences in select cities can catch an early screening of Alita: Battle Angel, the Cameron-produced, CGI-cyberfest that is tracking to do just $50 million in business in North America. On a budget of $200 million.

The next day, and for an entire week, Disney will be showing Best Picture-nominee Black Panther on screens in 250 theaters and giving away free tickets. You know, for the kids and shit.

The Alita preview stinks of complete desperation to me. James Cameron actually stooped to create his very own Facebook account to promote the movie. Also for the kids.

Unlike the preview promotional tie-in that Warner Bros. did with Amazon for Aquaman, The Alita: Battle Angel screenings are at a very limited number of theaters; I believe something like 30 theaters, only in major metro areas.

This micro-preview completely defeats what I see as the only purpose for doing these screenings, which is to generate positive word of mouth for what is seen as a failing franchise or an uncompelling original-to-the-screen IP.

It worked wonders for Aquaman, as audience reaction got out ahead of what can only be described as middling reviews from critics (64% on RT).

Just let everyone come see the movie early if they want. It could save your movie or it could destroy it. Roll the dice, James.

On the other hand, the Black Panther re-release — timed to drop on the beginning of Black History Month — is just the kind of shrewd, cynical move we’ve all come to expect from #DisneySoWoke.

They are gunning for Oscars and while a Best Picture statue is probably out of reach, that doesn’t mean Black Panther can’t bring down some smaller game in the technical, design and musical categories.

Giving away free tickets to  underprivileged, black kids during Black History Month, in conjunction with a $1.5 million grant to the United Negro College Fund, further positions this superhero movie as a cultural touchstone, as an important — if not necessarily a good — film.

This has become the argument on social media lately: Black Panther might not be a great movie but it is “important”, is a “cultural phenomenon”, has “meant so much to so many people”, etc.

And by lately, I mean right after the Disney press release. A release which included this gem from Walt Disney Chairman and CEO, Bob Iger:

“Black Panther is groundbreaking for many reasons, including the rich diversity of voices behind its success. The story also showcases the power of knowledge to change the world for the better, and the importance of ensuring everyone has access to it.”

What? Is there some argument out there coming from some segment of the global community that is against access to knowledge for everyone? That doesn’t want to change the world for the better?

This is nothing new. This is how it works. Pretend like your corporation is doing something brave by taking on causes and crusades that no one in Western Civilization disagrees with.

And this ersatz activism bleeds over into every part of the culture controlled by corporations, including entertainment awards shows.

Since the convergence of social media and “social justice” has lead to a fever in the body politic of the cultural and corporate Left, we have seen a mini-run of “important”, “culturally significant” movies claim top prize:

Perhaps this is an anomaly, but I don’t think it is. The fever will have to burn itself out.

You can get tickets to Alita: Battle Angel thru the 20th Century Fox web site.

Free tickets for Black Panther can be booked at WeTicketIt.com.