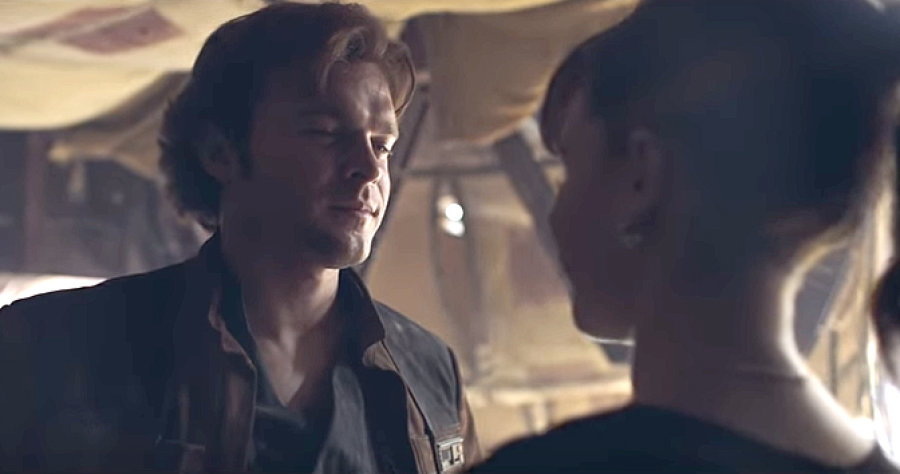 In an interview with Esquire, Alden Ehrenreich, star of Solo: A Star Wars Story, dropped a small fact that he’s contracted to appear in two more movies set in a galaxy far, far away. Despite the first film not having hit cinemas yet, the galaxy’s young nerf-herder has confirmed that he is signed on for a further two cinematic installments.

You have to wonder if Disney/Lucasfilm are happy with their scruffy, no good space-smuggler dropping a bomb like this, or is it all part of their shitty marketing plan? Last I heard, Disney/Lucasfilm is/are notoriously private about their Star Wars franchise, revealing ZERO information about their plans.

Editor’s Note: This could possibly be either Ehrenreich appearing in two more Solo movies, some additional Star Wars Story movies like Kenobi and Boba Fett or — bear with me now —  the long foretold Post-Prequel Trilogy.

Think about it, all the principals are still with us: Vader, The Emperor, NuHan, Chewie, NuLando, McKenobi, Boba Fett, and even young Jyn Erso. All we are missing is a NuLeia. There can’t be a NuLuke because her never did anything of note before he went looking for that old hermit out beyond the Dune Sea.

After the disappointing performance of The Last Jedi and the problems plaguing Solo, this could be Lucasfilm’s only way back to both box-office and pop culture dominance.

What Do You Make Of All This Then?