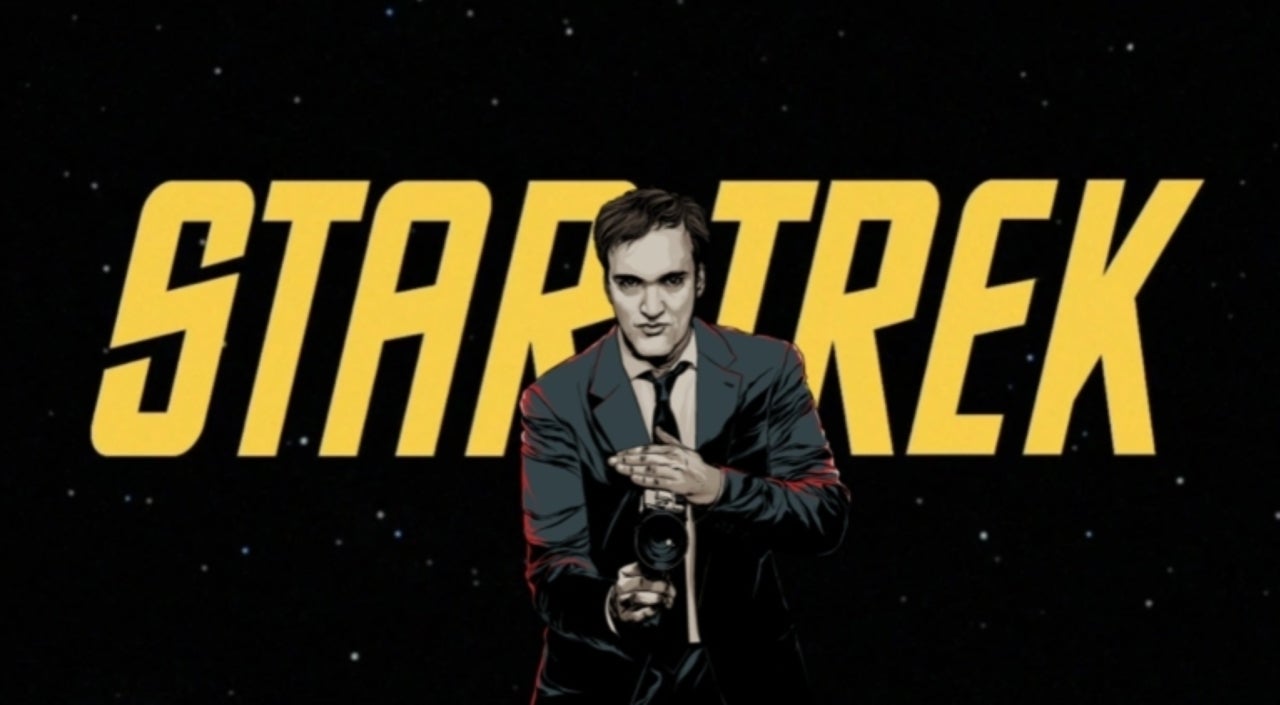 Even the most ardent JJ Abrams hater would have to grudgingly admit that, on paper, the alternative Star Trek Kelvin timeline is a good idea.

It allows stories to be told in a kind of Elseworlds universe.  Free from too many consequences back onto the original timeline, and without having to navigate the detailed, multi-layered baggage that decades of Trek has to carry.  A giant sandbox.

Don’t like it?  Fine.  You can completely ignore it.

This is exactly what it looks like Tarantino will do if he ever gets his Star Trek off the ground.  Strangely though, it’s thought his movie will still star the current incarnation of the Enterprise crew.  Even more strangely, apparently Producer JJ  Abrams has given him carte blanche to do it his way.

Tarantino is known to love the original 1960s Star Trek series. During a recent appearance on the HappySadConfused podcast he doesn’t hold back when discussing the Kelvin timeline.

“I still don’t quite understand how – and J.J. can’t explain it to me and my editor [Fred Raskin] has tried to explain to me and I still don’t get it – about… something happened in the first movie that now kinda wiped the slate clean?

At the moment we have no title, no production timeline and no release dates so it remains to be seen if Tarantino Star Trek will ever see the light of day.