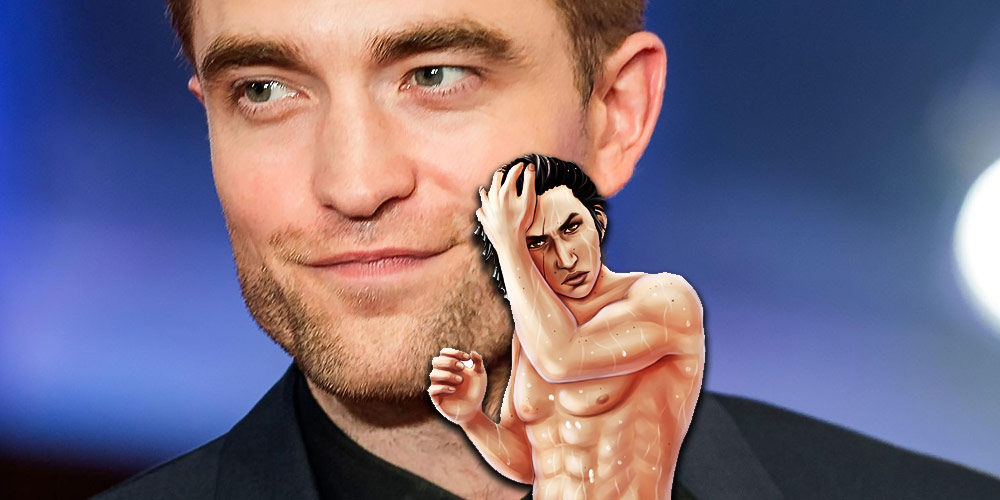 Look, Up in the Sky…

Word out of whatever tax-incentive friendly city that will be filling in for Gotham in The Batman is that production has been put on hold… for two weeks.

Perhaps, even sadder is the real reason:

Robert Pattinson is having trouble putting on the requisite muscle needed to fill out the Bat-suit.

I don’t know but I can only assume it’s to adhere to a preset deadline requiring the caped crusader to actually appear in front of the camera caped and all.

Such a short timeframe, however, suggests assistance may be needed from beyond the counter.

If you were thin, and/or didn’t do a lot of weightlifting in your youth, the fact is that the older you get, the harder it is to bulk up quickly.

It’s remarked that he doesn’t like to exercise, but Pattinson says, I didn’t when I was younger, but now as I have kind of gotten older, I’m slowly getting aware of aging. So I’m kind of like, “I got to put in some effort otherwise I’m going to get hip replacement.”

The problem may ultimately lie in the fact that they hired this waify douche who has made a career on the whole rent boy junky chic angle, and quite convincingly, I might add, instead of someone actually suited for the role beyond what some metric stroking focus group dictated to the studio heads.

Odds are we’ll never get any closer to the truth of this guy’s process because he’s been too well funded for too long to risk that investment.

Do Actors Actually Work Out To Get Them Bodies?

The answer all depends on who you ask, know, trust and believe.

It’s hard to make accurate blanket statements about any group of people, but celebrities using steroids, human growth hormones (HGH) and performance-enhancing drugs (PEDs) have been both speculated and confirmed:

Well, Is Anyone Actually For Real Around Here?

Christian Bale, Brad Pitt, Jason Statham, Tom Hardy, Mark Wahlberg, Gerard Butler, Chris Hemsworth, Jake Gyllenhaal (for Southpaw) and pretty much everyone with biceps veins and bullet nipples have all been suspected of usage, or have even denied usage, which can safely lead one to assume not all movie star buff is made entirely in the gym.

And if you think about it — why not?

I’m looking at you, Natalie Portman and your non-ballet dancing Oscar-winning for playing a ballerina ass.

Anyway, given the chance to make a few million bucks for some chemically-assisted buffness who would say No?

Sure, there are legitimate gym folk who also like to act, but how many of those bodies do you see in current Hollywood unless it’s for a specific character?

It hurts and actors credibility and ultimately affects whether or not we’ll dish out to see said stars movie.

It’s all about the illusion, baby.

And what’s the number one illusion in Hollywood? It’s that all stars age more gracefully than the average person.

At least Ben Affleck had the decency to save his body from the ravages of anything but alcohol and used a body double for his role as Batman.

The Batman has a June 25, 2021 release and begins filming at the start of next year, with the cast also including Jeffrey Wright as Commissioner Gordon, Zoe Kravtiz as Selina Kyle, aka Catwoman, Paul Dano as Riddler.