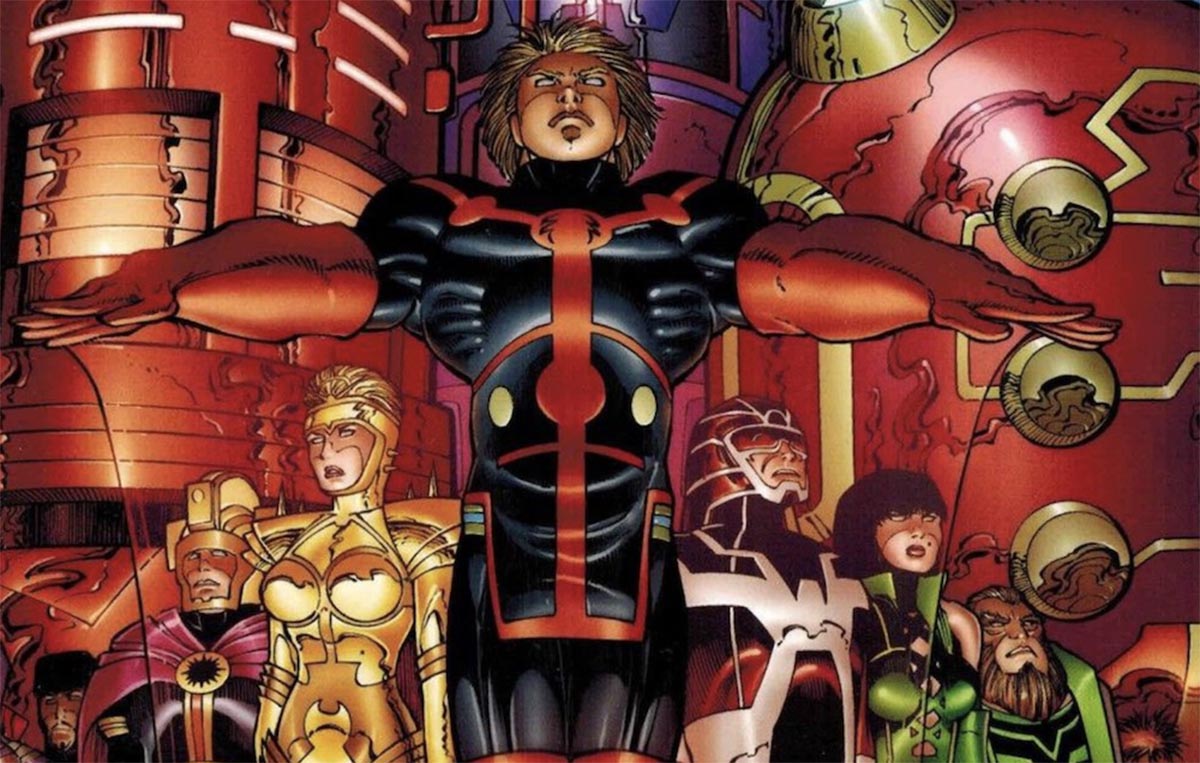 Well, there’s no mention of a transgender character in this synopsis, so we’ll just have to wait for the first trailer in about June or July.

“Marvel Studios’ The Eternals features an exciting new team of Super-Heroes in the Marvel Cinematic Universe, ancient aliens who have been living on Earth in secret for thousands of years,” begins The Eternals synopsis. “Following the events of Avengers: Endgame, an unexpected tragedy forces them out of the shadows to reunite against mankind’s most ancient enemy, The Deviants.”

So, we’re moving forward from Endgame. Good to know.

What are The Deviants?

Maybe the transgender hero will be a member of The Deviants? No, more likely than not, they will be folks with a “non-specifically religious” way of looking at the world.

The Deviants, like The Eternals, were created by the Celestials and essentially act as the dark mirror to The Eternals. In the comics, they terrorize humanity and have come into conflict with the super-powered group time and time again, with their plans often being thwarted.

Terrorism. It’s almost like a callback to the early 2000s.

In Marvel Comics, The Eternals were interesting but not that impactful outside of the realm of The Fantastic Four, Thor, and the meandering of the Starjammers and The Guardians of the Galaxy.

It remains to be seen if this film is going to have that level of sass and engagement, or if this will be another “very serious” entry to set up the next ten years of a more “woke” MCU.