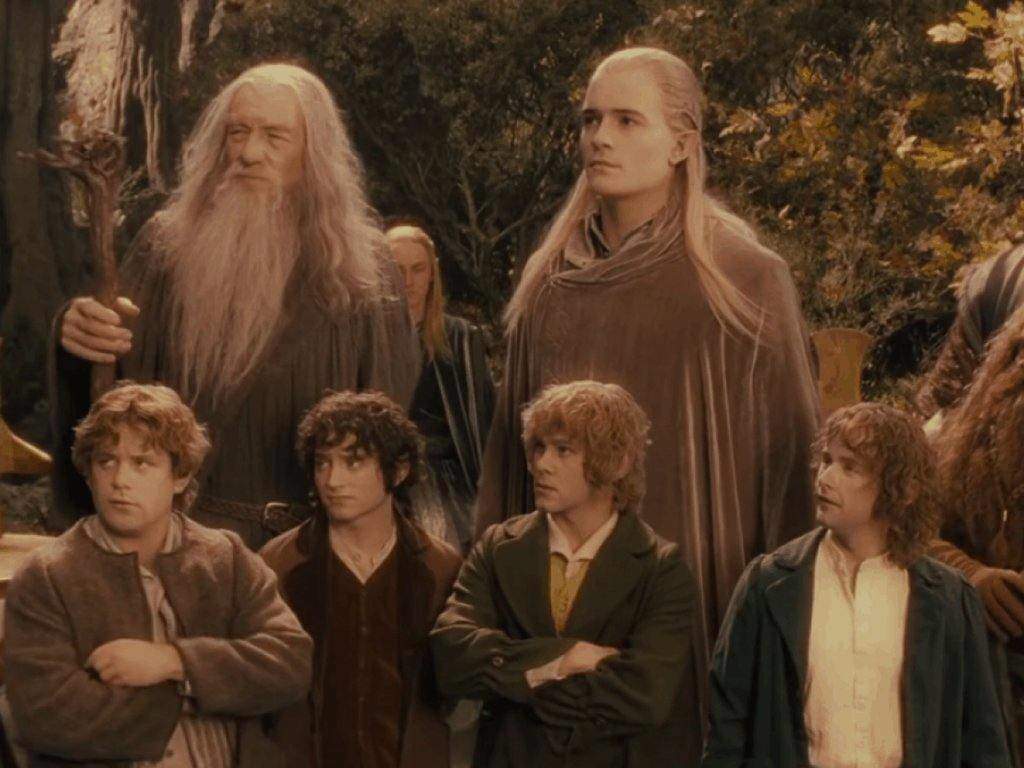 The One Ring’s Cliff and Justin detailed the rumors during their recent podcast, where they played the Lord of the Rings: The Confrontation board game.

At around the 7:30 mark in the video below, Justin states, “Amazon has let go the entire writer’s room for Lord of the Rings. Everyone is gone. Their plan is to bring a whole new writing team for Season 2.”

He adds, “Right now as we speak today, as they film this. Season 1 is on hiatus. They are not filming Season 1. They are filming a pilot. Maybe two episodes. But they are not shooting Season 1. It’s officially on hiatus. The writing team for Season 1 has [been] let go. Amazon is actively looking for new writers to join a brand new writing room for Season 2.”
Justin continues, “Whatever has happened with the scripts for Season 1 of Lord of the Rings, those scripts are in cold storage. The Season 1 is on hiatus. And as far as we’ve heard they are looking for an entire new writing team for Season 2.”

Justin then adds, “That’s not the only bad news. Not only are the writers gone. Shippey is officially off the project.”

It sounds like a lot to get into “by accident” for a YouTube-based, fantasy focused board game show, but such is the state of rumor-mongering in Hollywood these days.

That’s Not Really All That Bad News

Tolkien’s estate, which has rights over how Tolkien’s creation is used and written about, was recently deprived of its loudest voice and advocate with the death of Christopher Tolkien in January, the son of J.R.R. Tolkien.

…Tom Shippey, a renowned Tolkien scholar, has also been rumored to have exited the project. Shippey had previously done an interview with Tolkien Gesellschaft, where he reacted to the Lord of the Rings “Meet Our Fellowship” trailer, where it details that he is part of the team. In that interview, he revealed that the Tolkien Estate had veto power over the show.

Shippey stated, “Yes, the Tolkien Estate keeps a very careful eye on everything and is quite capable of saying no. They retain a veto over everything that concerns Tolkien.”

However, that was supposed to be all smoothed over and all good, because the Amazon Prime show was really only going to focus on Numenor and the Second Age, which, due to the overall nonsensical mess that is The Simarillion, should be a place where Tolkien’s estate should have little sway.

Guess they have influence over that as well.

“Amazon has a relatively free hand when it comes to adding something, since, as I said, very few details are known about this time span. The Tolkien Estate will insist that the main shape of the Second Age is not altered. Sauron invades Eriador, is forced back by a Númenorean expedition, is returns to Númenor. There he corrupts the Númenoreans and seduces them to break the ban of the Valar. All this, the course of history, must remain the same. But you can add new characters and ask a lot of questions, like: What has Sauron done in the meantime? Where was he after Morgoth was defeated? Theoretically, Amazon can answer these questions by inventing the answers, since Tolkien did not describe it. But it must not contradict anything which Tolkien did say. That’s what Amazon has to watch out for. It must be canonical, it is impossible to change the boundaries which Tolkien has created, it is necessary to remain “tolkienian”.

Which may mean, no social justice screeds, no retconning characters’ motivations to match current political trends, and no gender swapping of characters to make them less “white, male, and privileged.”

The Hobbit series was horrible and overly drawn out dreck that was mishandled creatively from the beginning.

Even The Lord of the Rings series had some missteps that fans were overall willing to forgive because, just like the MCU featuring superheroes a little later, The Lord of The Rings characters had never been treated so seriously by Hollywood before.

But if Amazon is shuttering the proposed Second Age series and firing writers because they may be producing scripts that don’t reflect what the Tolkien estate seeks to preserve of J.R.R.’s original vision, this might be a good thing.