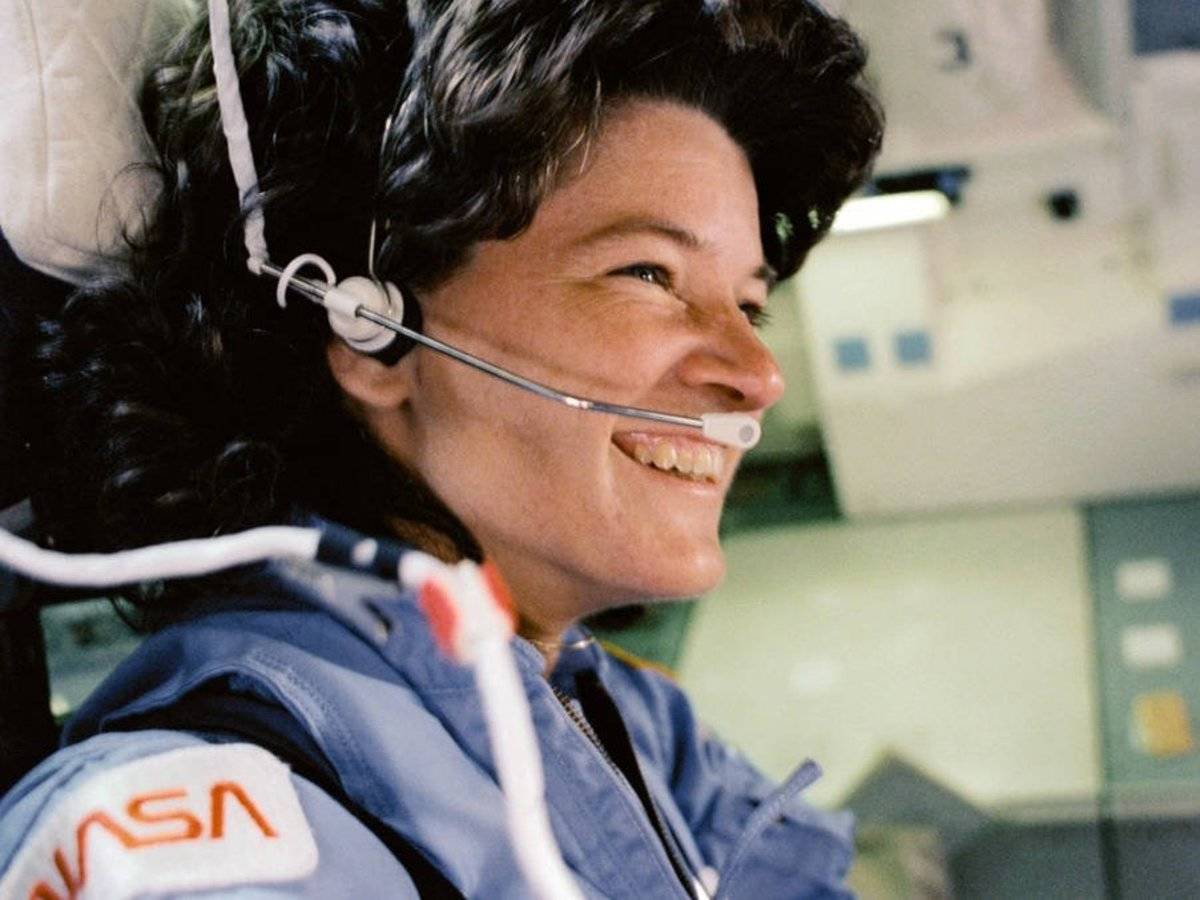 She Chose to Keep Her Private Life Private

The first thing that jumps out at you when you read about the third most famous female astronaut in human history, Sally Ride, is how little she was interested in being a political prop, how little she cared what other people thought about her life and sexual partner decisions, and how little she believed that these areas impacted her ability to be a NASA professional.

Oh, to have such professionalism, care for the audience, and consideration for the work in the world today.

Sally Ride, the woman whose life story includes sitting on both commissions that investigated the causes of the Challenger and Columbia Space Shuttle disasters, and who was one of 35 people to actually be picked out of 8,000 applicants to go to space in 1978 after graduating from Stanford, is going to have her life story directed by… wait for it… Jill Soloway.

Hero’s Journeys Must Be Crafted to Match Modern Ideals

Jill Soloway, whose credits include that Transparent show on Amazon Prime that turned Jeffrey Tambor into an effete Golden Globe and Emmy Winner, and her butchering of Red Sonja, which we have covered here already, will direct the Ride biopic from a script written by Cassie Pappas.

Based on the director and writer alone, this is guaranteed to be 100% “woke” because it won’t be enough to just show Ride’s historic missions into space on the Challenger Space Shuttle in the 80s.

It won’t just be enough to show that she started foundations and commissions to promote more female participation in physics, astronautics, and space exploration in general.

It won’t be enough to mention that her mother was a volunteer counselor at a women’s correctional facility, her father was a political science professor and that both of them were people of faith who served as elders in the Presbyterian Church.

That would be a biopic that presented the life of the person as they actually lived it.

Instead, this is guaranteed to be about her personal life — being married to a man for five years and in a relationship with a woman for twenty-seven after that — and about how she was “clearly” “oppressed” and “victimized” by a patriarchal power system, even if she didn’t ever actually believe that, say that, or even write that, anywhere in her life.

Soloway will make the material serve the current “woke” culture.

Just take a look at Soloway’s picture, Google her past statements about culture and creativity, and look at the work she’s put her name too, and tell me I’m wrong.

Soloway is adapting the Red Sonja feature, based on the comic book character, for Millennium Films, Topple, Campbell/Grobman Films and Cinelou Films, and is co-writing and directing the drama Mothertrucker, with Julianne Moore attached to star as Joy Mothertrucker, America’s one and only female ice road trucker.

Yeah, I think I’ve got her approach to a biopic of Ride’s historic life nailed.

Less The Right Stuff and More Gravity… or Ad Astra…

I don’t have to wait for the trailer to know that this film will be Oscar bait, “woke” as hell, and shoved down our filmgoing throat’s in a pushy attempt at establishing the premise of repressed “girl” power against the cis-gender, white, patriarchal, power structure, that NASA is sure to represent in this film.

But, it could have been about something else.

It could have been about a woman overcoming odds, going on a hero’s journey — just as a man would, because a hero’s journey isn’t “gendered” — and finding that the greatest battles are against herself to become more competent and valuable to the world, to her profession and thus becoming an inspirational, yet humble, figure.

It won’t be that.

The era of those kinds of storytellers, biopics, and cultural positions is passed.

Ok, Goblin. Go read about Sally Ride’s actual life and then come back here and sound off.