Could Be a Red Herring, Sir

Yesterday, Film Goblin unveiled some of the evidence in our ongoing investigation into whether The Mandalorian is being played by a woman and whether that woman could possibly be the newly announced cast member, Julia Jones.

We now have new information in the case from Entertainment Weekly:

So we can definitely say that Julia Jones is not playing The Mandalorian.

At least in the first episode.

She is also definitely the lady in the water with the kid:

Who is this child?

We could have some kind of Lone Wolf & Cub type situation going on here.

Another interesting development but we’ve already got a case to work.

And This Case is Moving Forward, Lieutenant

Yes, I’m saying that there is still a high probability that The Mandalorian will be gender-swapped at some point in the series.

Check out this image: 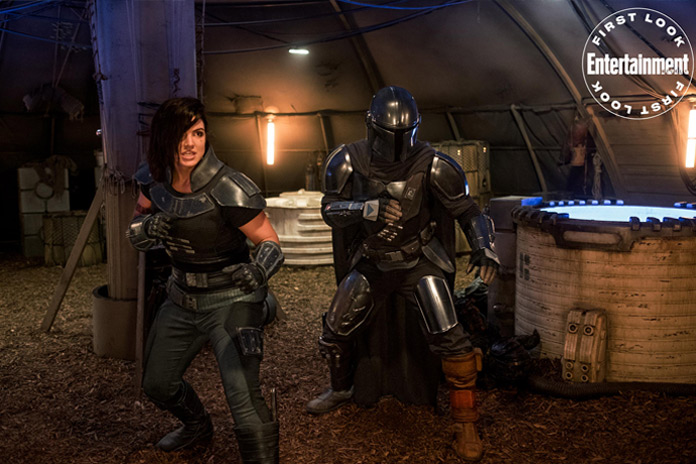 It just does not look like a male in that armor. Something about the posture if off.

There is a rumor that a long time ago, in a writers room far, far away, someone wrote a draft for a Boba Fett movie that was considered by Lucas.

That draft allegedly had Boba being gunned down in his prime, with the person taking on his armor and identity, pretending to be him.

Have they re-purposed the main conceit of that script by having The Mandalorian slain and someone else putting on his armor?

We’ve also picked up some loose talk from one of the main cast members:

Would you tell me what Gina Carano means by that?

What is so exciting about “the surprise”?

What does she mean that this surprise can “float on its own?”

If the surprise isn’t The Womandalorian, then what could it be? 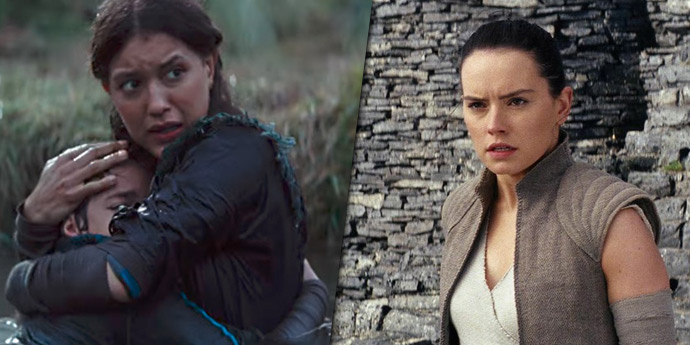 Check back with Film Goblin for more updates on the miss-goings-on with The Mandalorian and other entertainment industry investigations.