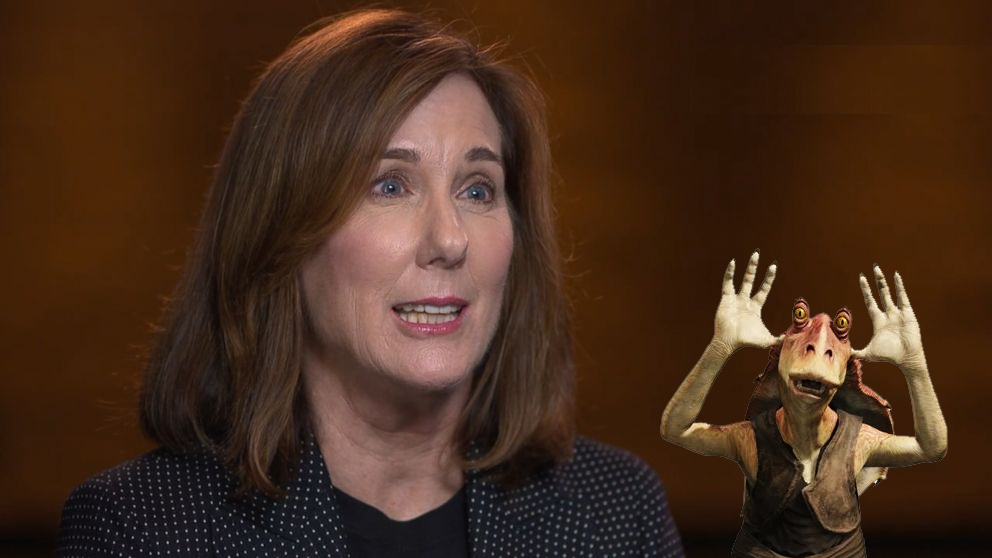 Solo: A Star Wars Story is only a couple of days away but we still have time for one more weekly wrap-up before Han, Chewie and Lando are back on the big screen.

Yeah, About That “Old Smoothie”

This week we learned from Solo co-writer John Kasdan that Lando Calrissian is pansexual.

That’s not code for something.

The company that has brought you such classics as “We don’t need to cater to men” and “The First Order is a white supremacist organization” continues to bring unnecessary current year political baggage into that galaxy far, far away.

Aren’t we always told that these movies are “for kids”?

Or is that canard only trotted out when someone criticizes the internal logic of The Last Jedi? Or when George Lucas needs to make excuses for Jar Jar Binks?

In case your kids ask you “What is a pansexual?” this weekend, here is a quick definition:

I think that this a limited definition.

In my understanding of the general usage, a “pansexual” has sex with anything.

So Lando — Mr. “What Have We Here?” — will have relations with men, women, Greedos, droids, watermelons and toasters.

And apparently the person playing Pando agrees, at least in principle:

The (Real) Reviews Are In

Now, these are “real” critics as opposed to industry shills and professional fanboys who, to a man and woman, caught the vapors over Solo.

Those scores, 71% Tomatometer with a 6.5/10 Average Rating (the more revealing score for any movie), put Solo: A Star Wars Story well outside the exalted company of any of the three previous Disney-owned Star Wars movies:

Not a good neighborhood and that Average Rating is below Attack Of The Clones.

Of course there are still about 150 outstanding reviews that will post over the next week but I doubt the scores will deviate much from the mean.

Then there is that unbelievably low “Want To See” score of 38%, which brings us to our next topic for the week.

Apparently there is a quasi-organized boycott of Solo. An explanation on why I call it the “soycott” can be found in last week’s update.

Even though this boycott thing is all over social media and YouTube, a search for “solo boycott” turns up only one(!) news story discussing it. Which seems odd.

This Had Better Work

To me, the idea of a boycott is just counter-productive.

If we want a movie  to be not as successful because it might send a message to Lucasfilm about the kind of movie that disillusioned Star Wars fans actually want to see, it’s better to just let it fail without an organized boycott.

Or even the appearance of such.

All this boycott talk will do is allow Lucasfilm and the Disney media to point to this “movement” and blame it for the failure of Solo; when blame belongs with the people making the movies.

I fully expect Kathleen Kennedy or one of her crew to post a message on social media that because of intimidation, harassment and hate by the boycotters normal fans stayed away from the movie.

Additionally, this will motivate Star Wars Fan, the rapid and mindless zombie supporters of the franchise, to see the movie multiple times to get the box office up. Or at least buy a bunch of tickets and frame them as a trophy.

After all, they are all Jedi or Resistance or whatever fighting against the evil Boycott Federation.

But Is The Boycott Making A Difference?

Remember when Solo: A Star Wars Story was set to open with a $175M weekend at the box office?

Remember when we said that was bull****?

Remember when they told us it was selling twice as many tickets at the massive hit, Black Panther?

Remember when we blew that out of the airlock?

Well it looks like the projection has been revised not once but twice and currently sits at about $125M for the weekend.

And now, The Hollywood Reporter is projecting it even lower at $130M to $150M for the entire four-day weekend.

Let’s be clear, $125,000,000 is nothing to laugh at but that take would put Solo well below the opening weekends for any of the Disney-owned Star Wars movies:

And this is for a movie about arguable the most beloved character in the franchise. I mean after Rose Tico, of course.

So is this movie going to bomb bad (for a Star Wars movie, anyway) or will it rise above the “hate” and fanboy tears to find its legs?

I don’t think it really matters.

With all of the production problems that resulted in 80% of the film being reshot by Ron Howard, this movie is now the most expensive movie of all time.

It was originally budgeted at $220M and who knows what the total budget is now.

Stay tuned to Film Goblin for reviews discussion and analysis of Solo: A Star Wars Story.