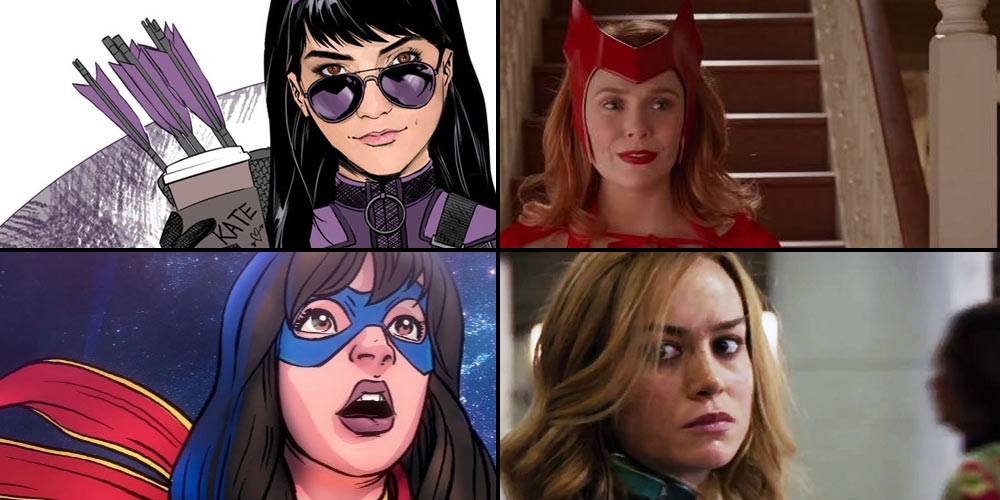 Nevermind that female-led genre shows and movies such as Batwoman, Doctor Who, Terminator: Dark Fate, Charlies Angels and Birds Of Prey have been failing across the board, Captain Marvel made Disney some money so that audience has to be out there… elsewhere… elusive. 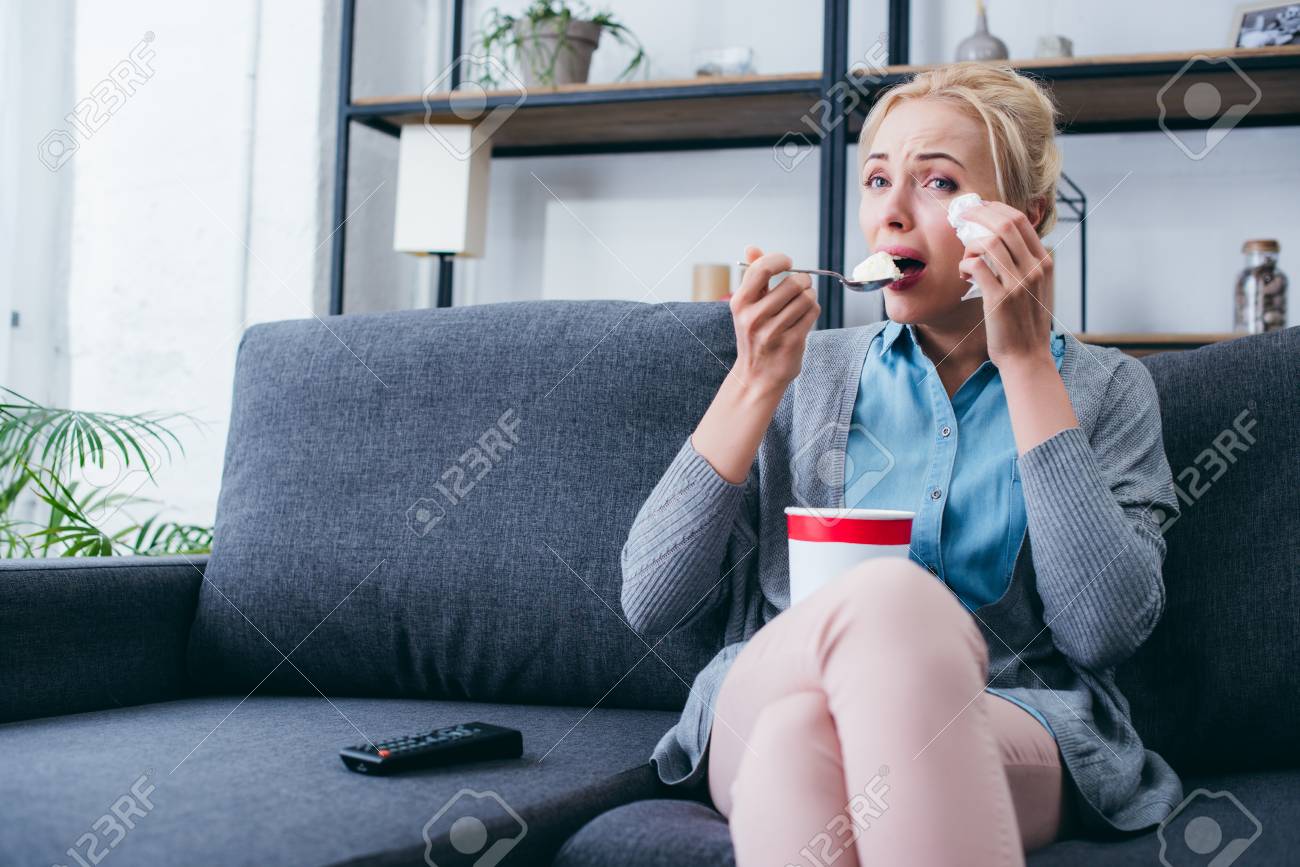 Is it possible that Captain Marvel made money because it was strategically wedged between Infinity War and End Game and Marvel water-carriers, including The Smartest Man Alive Kevin Feige, claimed that details in the Brie Larson vehicle were so important to not just the Avengers v. Thanos storyline but the future of the MCU?

Well, we all know how that worked out because following Catperson Marvel, Brie Larson was relegated to about five minutes of screen time in Endgame.

But as they say, you can’t keep a obnoxious harridan down…

According to this tweet from Geeks WorldWide’s Thomas Polito, Marvel recently filed an LLC for “Warbird Productions II.”

It should come as no surprise, but Marvel filed the LLC “Warbird Productions II” on February 13th, which means Captain Marvel 2 is officially greenlit. pic.twitter.com/PDwczFfFi5

Considering that Captain Marvel‘s production went under the code name “Warbird Productions”, this can mean only one thing:

That you’re awake, by the way. You’re not having a terrible, terrible nightmare. And you haven’t died and gone to hell. This is your Flying Supermommy now, this is your MCU now, this is us now.

A Babe Will Be Their Master…

Megan McDonnell, whose first writing credit is Wandavision, will be writing the sequel for an as-yet-undetermined director or group of directors.

According to Kevin Feige, the Marvel Studios brain trust has no clue what it will be about except that it might be awesome:

“So, what it will be again is not clear. But what it could be is pretty amazing.”

Expect a lot of superheroes to be in Captain Marvel 2 in order to prop-up that cardboard character — and by “a lot”, I mean all of the superheroes.

Captain Marvel 2: Infinity Characters will demand to be seen on July 29, 2022. 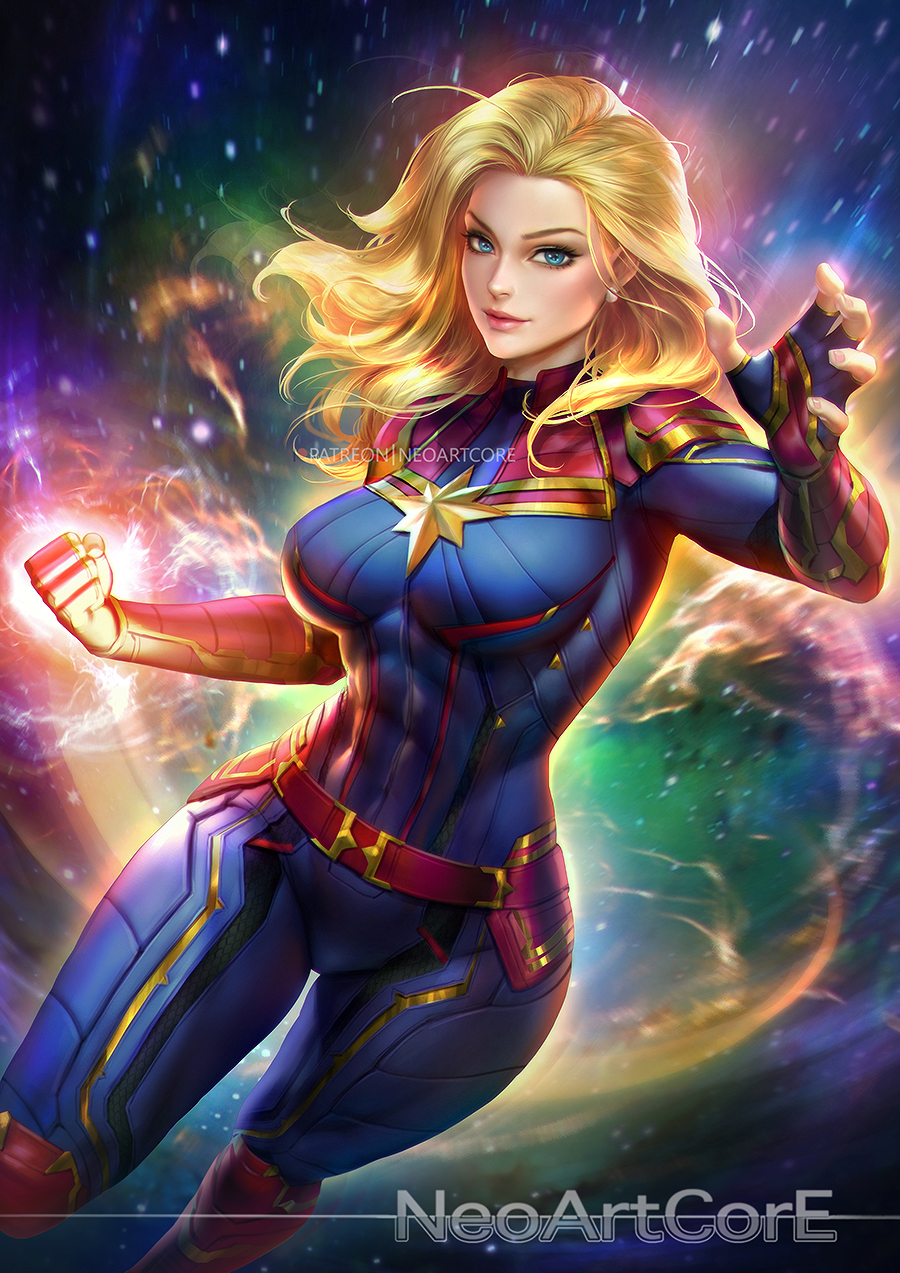 Two more properties that no fan of comics, no fan of the MCU, no fan of television and no fan of anything decent or right in the world has ever asked for are making their way to the small screen in 2021.

Despite (“despite” 😆 ) the Hawkeye series being recently delayed indefinitely by Disney over Jeremy Renner’s alleged bad behavior, it’s somehow joining Ms. Marvel on the Disney+ release schedule for next year.

We have touched briefly on these shows here and what they mean in the greater context of Superhero Replacement Theory — essentially you are losing an original Avenger and gaining a couple of teenage girls, including one with a bow named Kate Bishop and the naked self-insert of a Marvel editor. 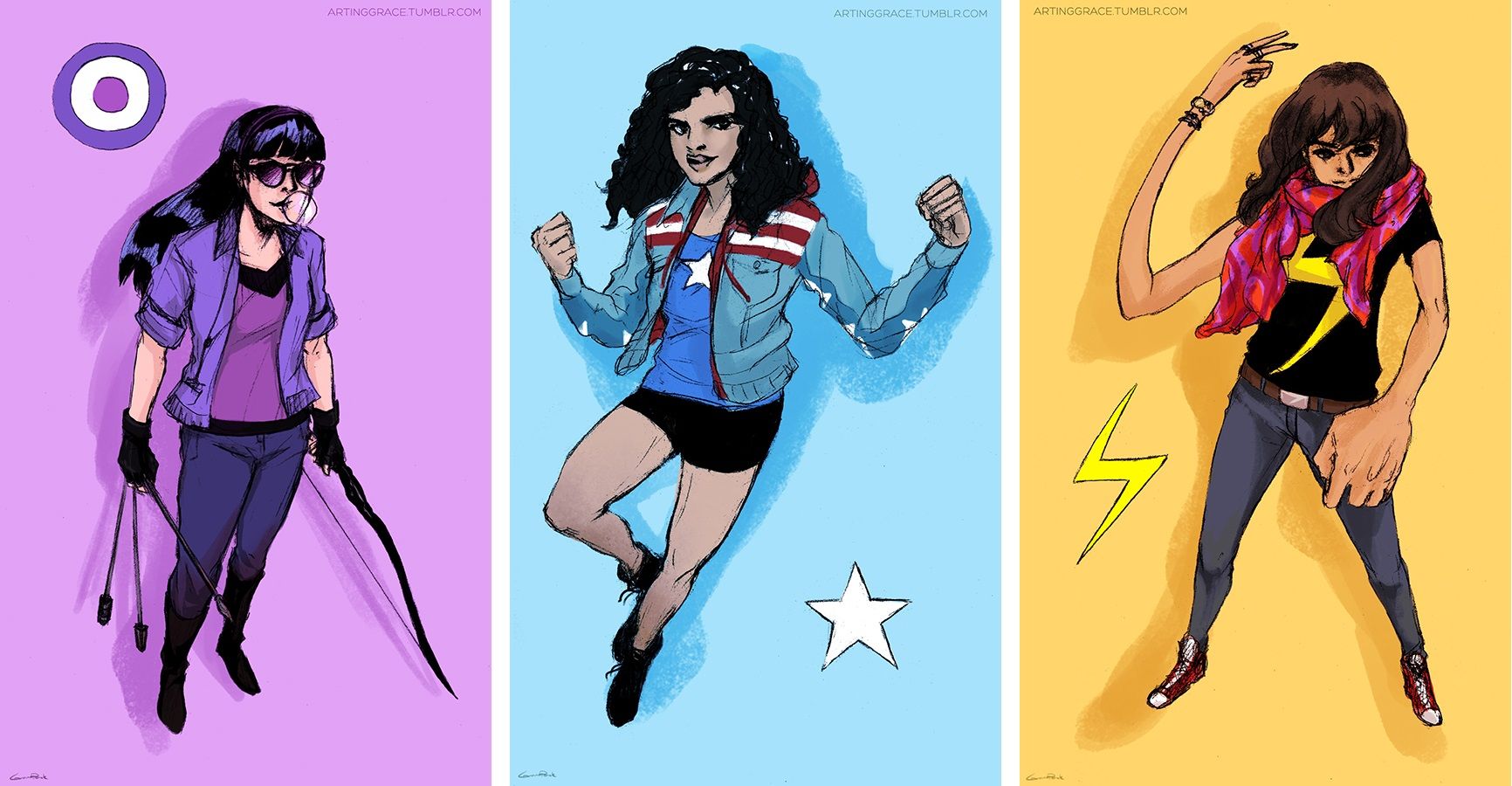 …And Women Rule Over Them

Make no mistake and let me be clear, when shills write “…fans of Ms. Marvel are looking forward to…” or “…readers of the Kate Bishop Hawkeye comic…” they are lying.

These characters have no fans and no readers because either (a) women are banned from comic book stores or (b) most women aren’t into comic heroes.

And for those of us on the spectrum, “no” is a colloquial expression that means “very low in comparison”.

So, if there is no organic demand for these characters what is Disney up to?

A more politically paranoid analysis might argue that they don’t just want to change a male fantasy genre to find a phantom audience, they want to change you and how you think about women.

This part is not delusional because they say as much. This is the director of The Aeronauts justifying why he changed history to include a female protagonist in a balloon movie that has no audience:

“I think we need more strong, brilliant, interesting female characters. And science, like the film industry, has long been subject to gender bias. We need to be active in our pursuit to redress that.”

So your entertainment is a platform to redress past grievances.

To what end? Why this need to remake reality?

Perhaps they want you to blindly accept female authority because you saw it on a screen a million times. By continually reinforcing this forced meme our ruling class can uncouple the competency requirement from reality because all that will matter is identity?

That would be crazy, right?

Wait, It Gets Crazier & More Intense

Except, the truth is you are locked in, dinosaur. Your belief structures are set. Minus some huge personal epiphany or world-altering event, adults are frozen in amber.

What Disney is going after is your fucking kids. It’s always about the kids.

All the social engineers and their digital brownshirts can do to us adults is make us shut up in public for fear of losing our jobs or our privilege to buy food.

But, we are, for the time being at least, still allowed to privately pull the lever in the voting booth against their evil schemes.

In order to truly remake society, they need the kids:

“Give me just one generation of youth, and I’ll transform the whole world.”

History Start When We Tell You It Starts

As with every revolution, the past has to be altered to control the future.

These ideologues running our entertainment are Skynet sending Social Justice Terminators back in our timeline to destroy the existence of female or minority heroes in comic book or sci-fi movies before this very instant.

By doing this, Black Panther is the first black superhero and this horrendously abrasive version of Captain Marvel is the first female superhero.

And first is always best.

Of course, they are once again lying.

Holy shit! What is that? Is that internal doubt in a female, minority character?

We can’t have that because blah blah patriarchy blah blah little girls blah blah look like me blah blah. I could detail from memory the canned reasoning why all female and minority characters have to be Mary and Gary Sues but it’s all truly so tiresome, both as a writer and a reader.

Seriously, think about it… when was the last time one of these characters was described as anything except strong, powerful, brave, etc?

Captain Marvel lead The Avengers during the best run in the series back in 1986 and no one complained about it. If anyone did complain about it, Marvel and Stan Lee never publish any of the negative letters so they could cast themselves as heroes fighting against a horde of misogynist readers.

A leadership position she inherited from The Wasp. That’s right, dear golem, The Avengers had back-to-back female leaders during the Time Of Republican Hate & Oppression and no one batted an eye.

Which brings us to the final piece of hard news: Monica Rambeau, who first showed up as a small child in Captain Marvel, will be playing a major role in the Disney+ series WandaVision. 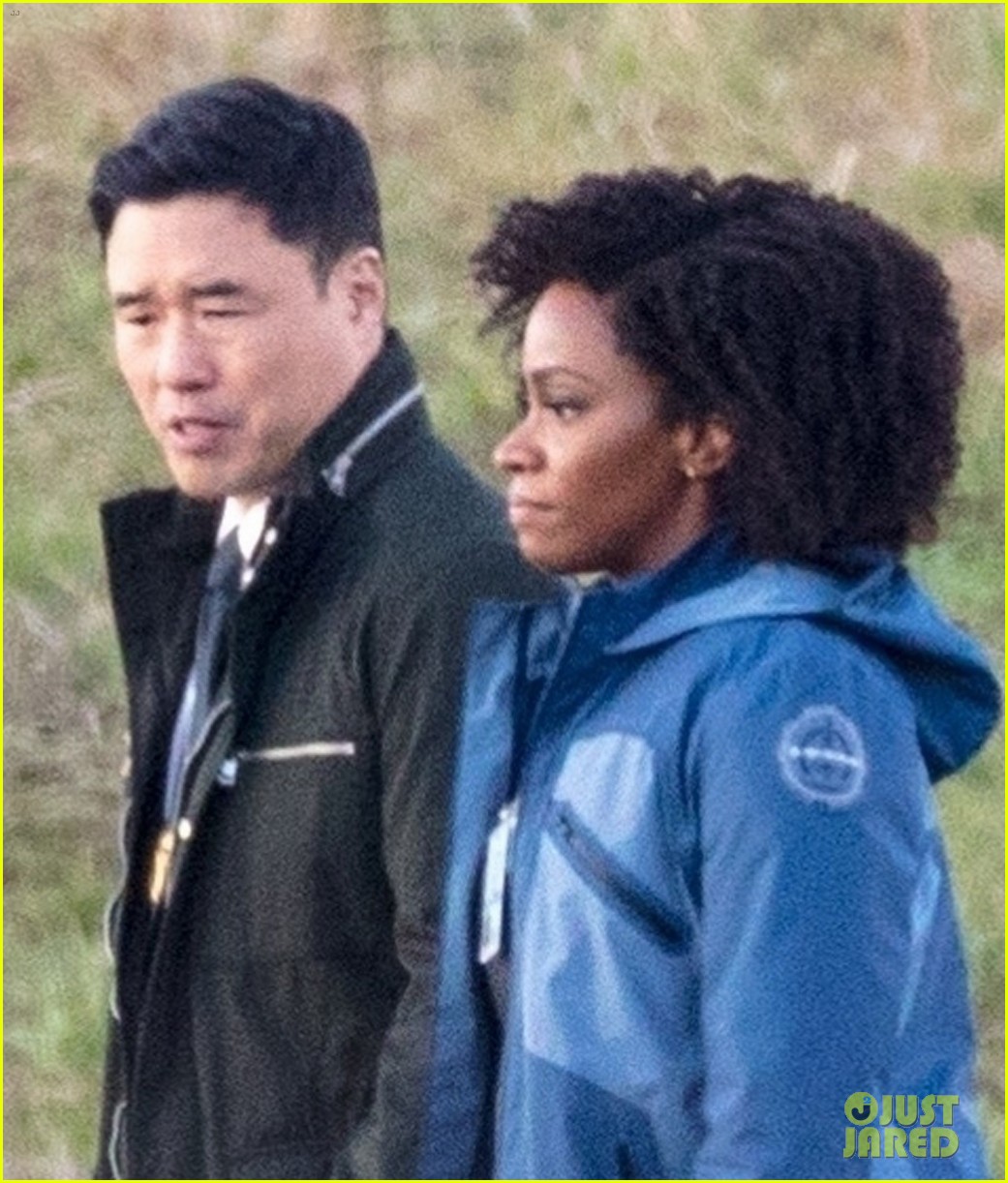 Of note to fanbabies will be the S.W.O.R.D. jacket Ms. Rambeau is wearing in the photo. S.W.O.R.D. is the space-based replacement for S.H.I.E.L.D. that was first revealed in the stinger scene at the end of Far From Home.

While it’s nice to see the Monica Rambeau character showing up in the MCU, I think we can all agree that be she’ll be nothing close to the introspective, flawed and human Avenger that resonated with readers of the comic.

This is simply not allowed in the new MCU.

Apparently women and minorities are just too fragile to be exposed to any weakness in the on-screen characters that “look like them.”

Consider it affirmative action in entertainment.