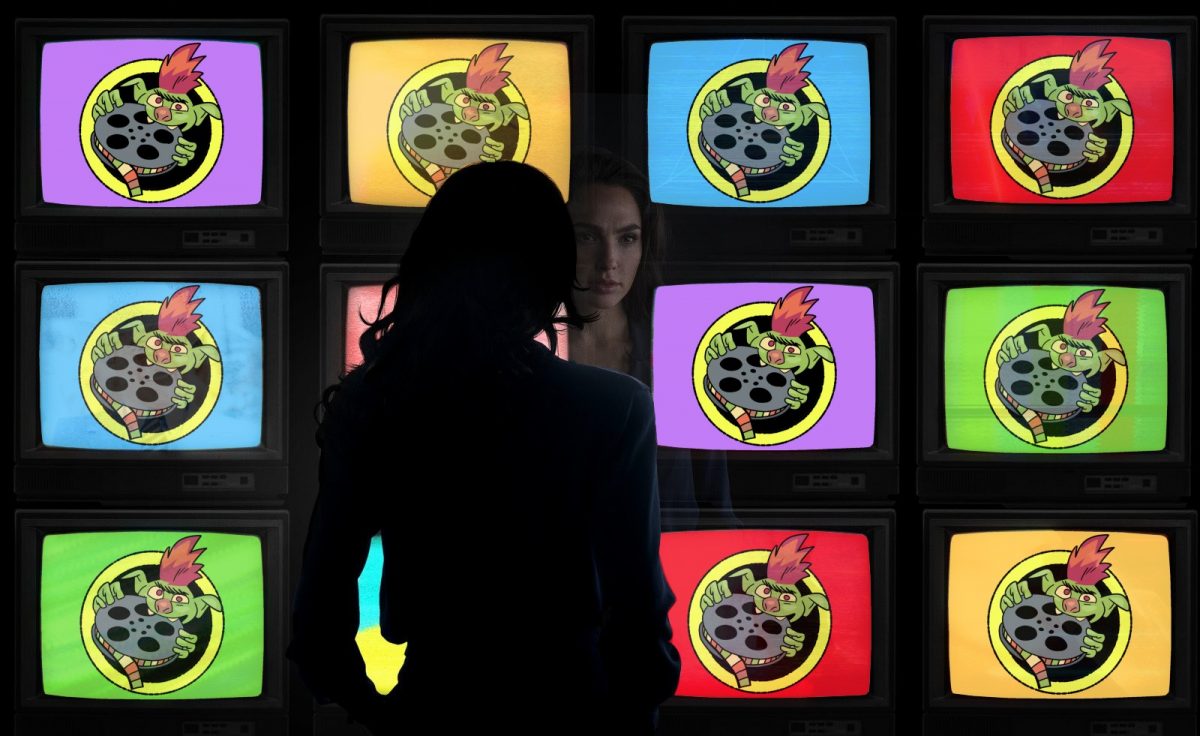 Yep. That is the official title: Wonder Woman 1984. And what a loaded title it is.

Beyond simply being set in the 1980s — Wonder Woman 1988 would accomplish that — the year 1984 tells us a little something about the subject of Diana’s sophomore solo outing.

At least that’s the vibe I’m getting from this image of Diana Prince taking in our brave new world:

What am I looking at? Larry Hagman. National Lampoon’s Vacation. A Tab commercial. Maybe something from Max Headroom?

It reminds me of the shot in Watchmen where Ozymandias is admiring the effects of his handy work from the safety of his Antarctic lair.

Speaking of Watchmen, I wonder if they will recycle the Impending Nuclear War background motif from that movie?

Instead of Nixon they can use Hollywood’s second biggest boogie-man, Ronald Reagan, as the mad-bomber rushing the world headlong into atomic oblivion. I wonder who Reagan will be a proxy for? Hmmmm.

Yep. We knew it was too good to be true. Mini Kirk is back to dimple us to death.

At least he’s got the look right: Members Only, Seiko digital, Nike Cortez.

Evacuate the arcade, engage all mall security and get this man a West Coast Video card. 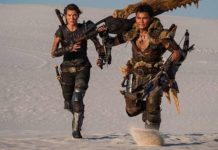 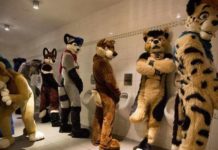 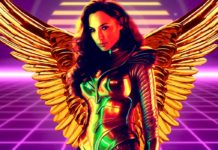