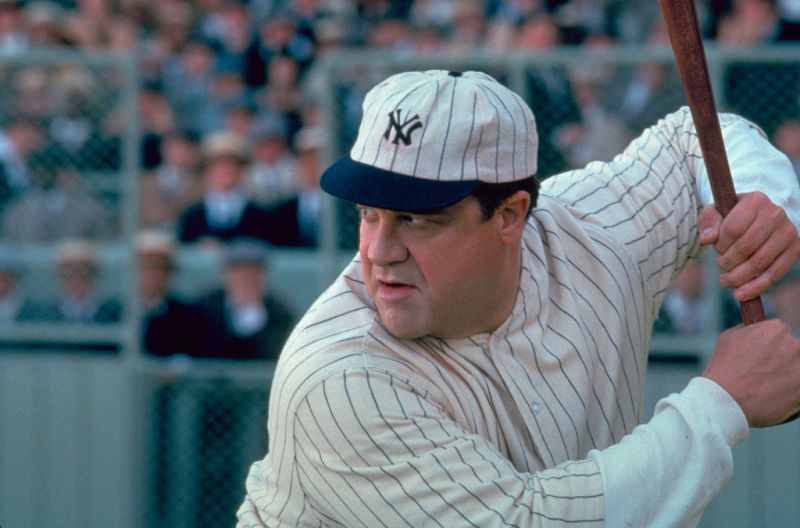 Now that football season is thankfully over with the true connoisseurs of American sports can turn their attention to the National Pastime. With Spring Training on the horizon, I enjoy returning to some memorable baseball flicks at this time of year to help get me psyched for the upcoming season.

One such film that helped shape my appreciation for the sport and its vast history is the 1992 film The Babe, starring John Goodman.

Fresh off the fish out of water comedy that was King Ralph, Goodman decided to take a more dramatic turn while still employing some his comedic prowess. In what seems to be a stroke of ideal casting, Goodman portrays one George Herman Ruth, also known as the Sultan of Swat, also known simply as Babe. If nothing else, this movie will be remembered as the one Goodman had to lose weight for in order to play the title character.

The movie covers Ruth’s life from 1902-1935 with Goodman portaying him for 21 of those years. At the time of this movie’s release, Goodman would have been 40, so seeing him as a 19 year old Babe Ruth is odd to say the least.

The movie begins with a seven year old Ruth, not played by Goodman, being dropped off at St. Mary’s Industrial School for Boys where he quickly runs into Brother Mathias, played by James Cromwell, who would later take a step down in his career to play the farmer in the film simply titled Babe.

None of the acting in this film is exactly memorable, but the child actors at the school are exceptionally grating: “He can’t even hit it one inch!” All is forgiven though when the actor playing the child Ruth grumbles, “Son of a Bitch” under his breath before knocking his first long ball off the great Mathias.

After being adopted by the Baltimore Orioles, because that was apparently a thing in the early 20th century, he is sold to the Boston Red Sox. Not long after joining the team, Ruth knocks his first dinger and is serenaded around the base paths by a Barbershop Quartet. My head cannon tells me a pre-super soldier Captain America was involved in this somehow.

Taken under his wing by fellow player and on the road-roommate, “Jumping” Joe Dugan, played by Bruce Boxleitner (aka Tron) imparts the knowledge on young Ruth to “Hit em where they ain’t” along with the importance of fighting for the user, unless I am mistaken.

While playing in Boston, Ruth picks up a pretty pious piece of ace, Helen, played by Trini Alvarado. While she plays hard to get at first, I assume her phrasing of “banana oil” is early 1900s slang for semen.

The two eventually marry and start banging on the reg to try and crap out a baby. As the marriage gets more strained, Ruth adopts a baby girl because that will surely fix all of their problems. She later dies in a fire.

Because of the owner of the Red Sox is also heavily involved in theater, The Babe is forced to mingle with high society, memorably blasting a giant fart with what could be argued was the first appearance of the “Pull My Finger” gag. Due to the owner financing some musical about gay cowboys eating pudding, or something, Ruth is sold to the Yankees.

In between the baseball scenes, we get glimpses of Ruth’s whirlwind life. Going from such a restrictive upbringing to suddenly having more money than he knows what to do with, his excess eventually derails his career a bit, but he is able to right the ship thanks to a pre-coming out Kelly McGillis who also plays his second wife, Claire. Thankfully, she does not have a voice like one of Mayor Quimby’s conquests like the actress who played her in 61*. 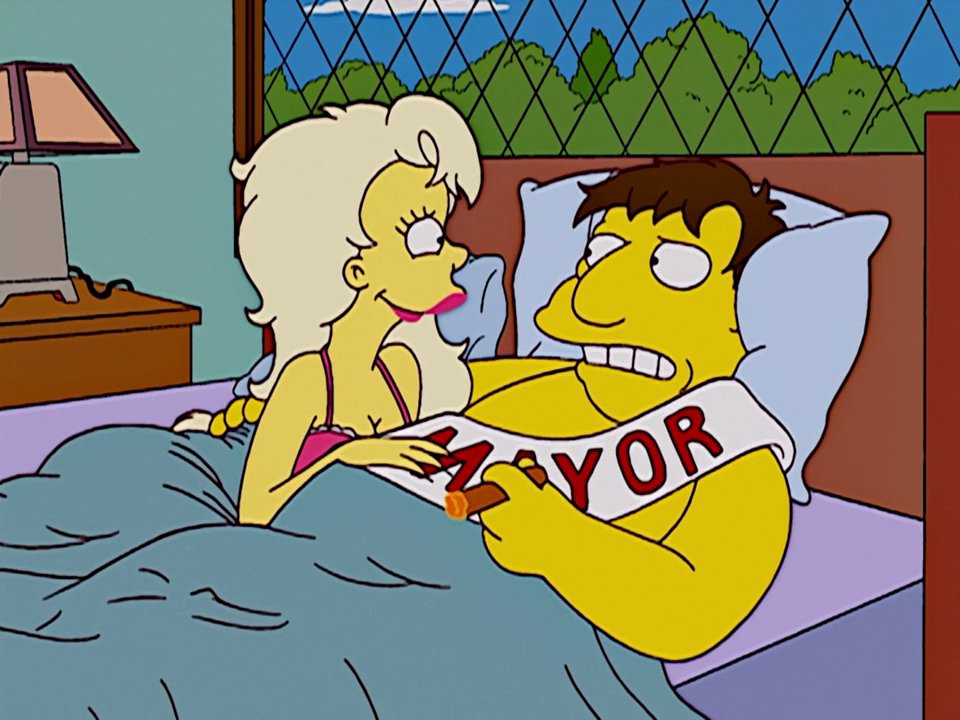 The film also plays up Ruth’s perpetual denial of his dream to be a major league manager. I’m admittedly not a huge Ruth scholar, but this aspect of his life seems be more played up than it should be. It’s awkwardly kind of shoehorned in when Ruth arrives in New York, then forgotten about, and then it takes center stage once Ruth is nearing the end of his career. From my cursory research, I’m sure Ruth would have jumped at the opportunity to manage, but I don’t think it would be the crushing defeat it was portrayed here, but I have been wrong before.

Throughout the film, it strives to strike a balance between displaying the humanity of George Herman Ruth and the godlike figure of The Babe. For every scene that depicts his as a philandering drunk, there’s a scene to showcase his mythological accomplishments of hitting two homeruns for a sick child and smashing homeruns completely out of the stadium. The fabled called-shot is handled realistically, right up until Lou Gehrig comments, “He’s a God.”

However, at least this movie admits Ruth was not just a walking innocent man-child:

While the film struggles to provide a holistic view of Ruth, it concedes that the myth will ultimately win out. The movie begins with a camera circling around old Yankee Stadium, getting fairly intimate for such a coliseum by moving from the outside walls to where the viewer can identify individual seats, finally zooming in from outside the stadium all the way to home plate. Often labeled as the House that Ruth Built, the stadium proves the myth will endure long after the man has passed. At least it would, if it hadn’t been demolished and a duplicate built across the street.

Find Part One Of This Series Here…