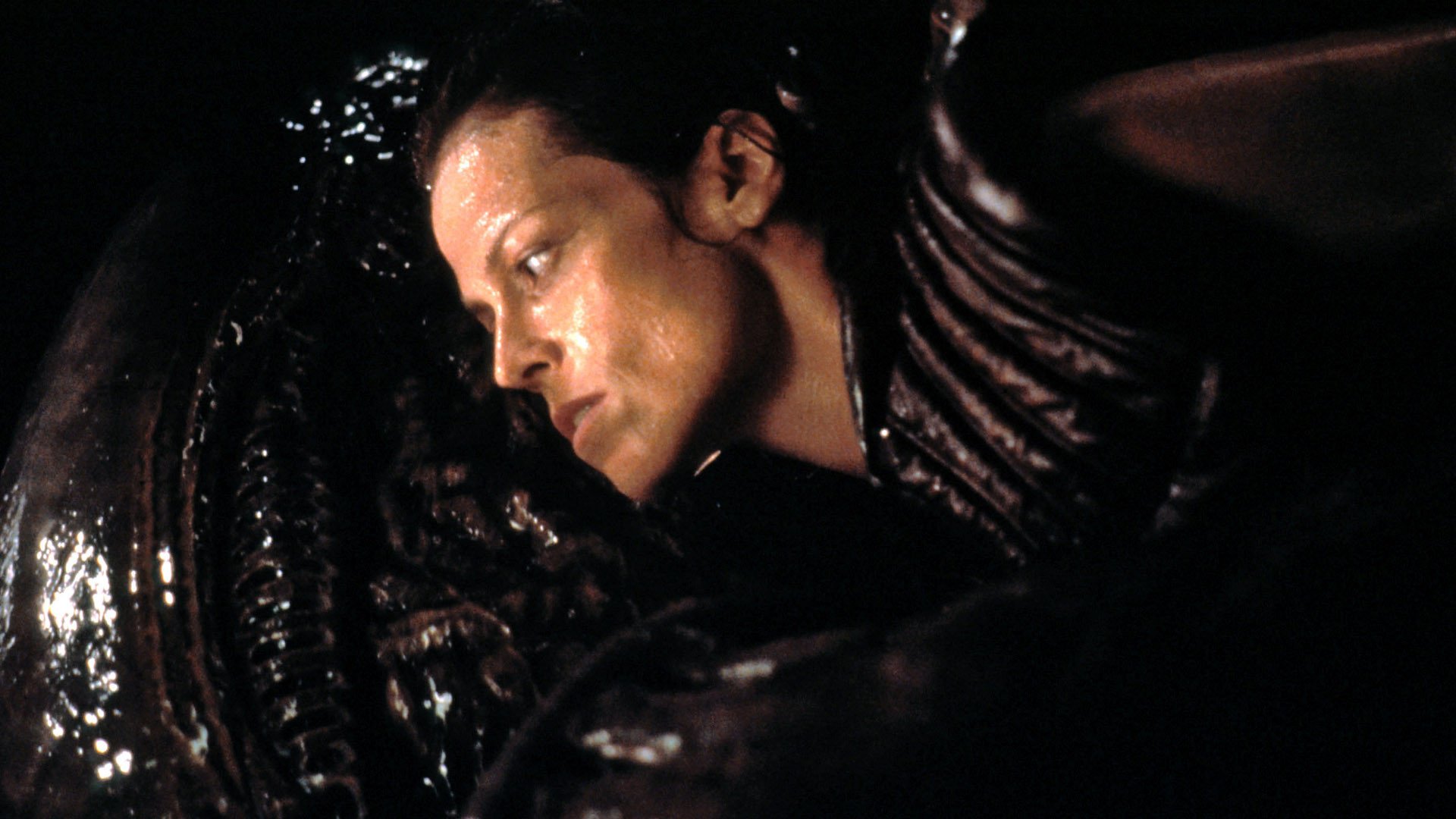 Here we take a trip to the Land of Sequels That Shat On The Franchise.

You’ll be familiar with many of the inhabitants. Joel Schumacher keeps a place here. George Lucas owns acres. Rian Johnson is rumoured to have recently relocated (although opinions differ). Schwarzenegger loves it. And Ridley Scott tends to come and go as he pleases.

Look, I can enjoy a pointless sequel as much as the next man. I’ll watch Jaws 2 whenever it’s on. Superman III is fun if you go with it. But here I draw the line, because Alien Resurrection leaps way over it and shouts to anyone that’ll listen that its nothing but a blatant and vastly inferior cash-in attempt to keep a spent franchise alive at the expense of originality and credibility, and is entirely au-fait with short-changing its audience.

Such a legacy to play with, too. There’s hardly a space movie since Scott’s Alien that doesn’t have that movie’s influence somewhere in its DNA. Event Horizon, Species, Starship Troopers, Pitch Black etc.

Alien‘s groundbreakingly original take on extra-terrestrial terror is as effective almost 40 years on as it ever was, and the two sequels were atypically interesting expansions on the original, rather than tired re-treads.

James Cameron’s Aliens is still one of the most peerlessly exciting action movies ever committed to celluloid. David Fincher’s actually-not-half-bad Alien 3 gave us a hellish prison for British character actors being slaughtered in a variety of imaginatively gory ways. Can’t say fairer than that, can you?

Despite the blatant Terminator 2 rip-off ending and the obscene treatment of the character of Newt, it was a fitting conclusion to a brilliantly realized modern horror series and the makers clearly intended, with Ripley’s noble suicide, for the line to be drawn there.

But no. Out of the steaming pile of rejected scripts intended to squeeze more acid out of the series came Alien Resurrection, directed by Jean-Pierre Jeunet (Delicatessen) from a shockingly crap script by Joss Whedon, and what a truly rubbish film it is.

I would say that there are few films that have so comprehensively shat on their legacy the way this does, but actually there’s plenty. What’s maybe most depressing about this, however, is the sheer lack of originality in a series that was once all about it.

It’s full circle here – the fourth film in a series that practically invented the space-horror genre simply steals ideas from its inferior imitators rather than drawing on what made it great in the first place. There’s simply nothing new here worth anyone’s time, and the attempts at expanding on the Alien mythos are laughable.

The story picks up 200 years after the events of Alien 3, where we meet some military scientists. According to movie cliché, we’d expect them to perform evil experiments and then die in inventive explosions of gore. Spoilers – these expectations will be met.

They have cloned Ripley from a blood sample in order to retrieve the Alien queen embryo that was growing inside her when she died (no, I don’t know how that works either). Ripley has, as an unexpected side effect, somehow inherited Alien characteristics such as increased strength and sensory perception, making her a top-notch basketball player.

With the Alien queen now producing eggs, the scientists need human subjects to act as hosts. Enter a ragged band of space pirates carrying such a cargo, led by that gravel-gargling dude from Robin Hood: Prince Of Thieves and The Crow, and who have among them Winona Ryder – often the definition of excess cargo in many a movie.

While Winona performs criminal activities in front of the security cameras (you can’t take her anywhere), there occurs – amazingly! – an accident resulting in two of the Aliens escaping.

Before long, there are twelve of them rampaging around the ship and being generally unpleasant, although how the rest got out is never explained, and Ripley is forced to team up with the pirates and beat a safe path to their ship in the landing bay.

So, it’s essentially a straightforward creature-chase movie in the style the likes of Deep Blue Sea, meaning that the emphasis is firmly on gruesome action set pieces and guessing who’ll die next. And this isn’t a stretch, as you can guess which poor sap is next for the chop a mile away.

The design of the ship is woefully second-hand and unoriginal, a crude amalgamation of every “realistic” space freighter in sci-fi. In fact, the scene where the crew abandon the ship via escape pods looks like an outtake from the final scenes in Spaceballs.

The action contains none of the eye-popping spectacle of Cameron’s movie, or any of the heart-pounding suspense from the original, or even Part 3. Where Aliens swept you along with its all-guns-blazing ferocity and Alien 3 retained a blood-thick atmosphere of apocalyptic dread, this film’s sensibilities bear more resemblance to a Bruce Willis flick. Grizzled pirate Ron Perlman goes wisecrackin’ aplenty in a style that’s totally counter-productive with any efforts to impose threat and credibility.

The Alien itself, a shadowy presence for most of the first movie and a thing of believable terror in parts 2 and 3, is now over-familiar and less effective. They also roar like lions and are now completely covered in a comical viscous goo, making them look like walking adverts for KY jelly.

The Alien queen appears for a criminally short space of time before being casually dispatched, and the truly terrible half-breed thing that appears for the climax is the single worst misfire of the whole franchise. Even the fucking expression on its face is funny. Unintentional comedy – never a good thing in a horror movie. 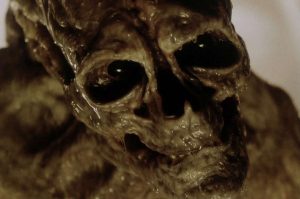 The film also completely shafts the character of Ripley. Sigourney Weaver here plays a character that shares her name but otherwise bears absolutely no resemblance to the heroine of the previous films. So why was she was brought back to life in the first place? To have this character develop a kind of mother-figure relationship with the Aliens and even shed a tear when they die…words fail me.

Other than Brad Dourif, who gives a memorably cuckoo speech while encased in alien drool, the supporting cast do little other than crack jokes, flee from aliens, and die. Winona Ryder may since have built a more credible career, but at this stage she was the crumbliest, flakiest actress of them all, and gives a pathetic performance as a snowflake android. 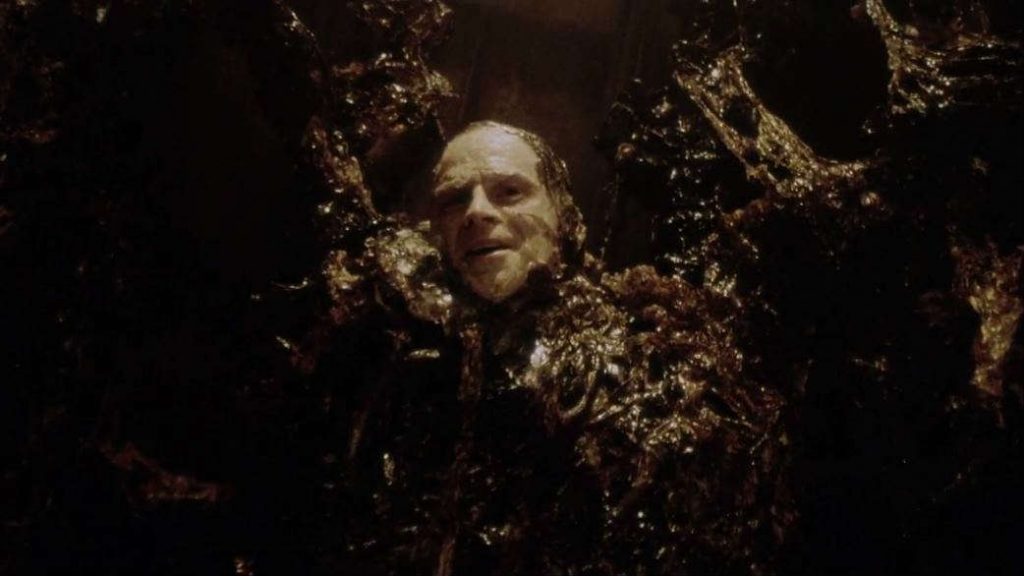 There is, to be fair, one decent action sequence that occurs during an underwater chase scene. Pursued by two swimming Aliens, the cast surfaces under a strange membrane in an elevator shaft that turns out to be an Alien nest. But one good scene does not a good film make. And the ending is a head-scratcher. To save lives, isn’t it better to avoid causing a planetary disaster?

It also joins a long list of 90s movies which, when rewatching, you’ll say “Hey, its Tuco from Breaking Bad“.

Things wouldn’t improve much from here for the franchise, although Alien Vs Predator, a non-canon fanwank, is actually good fun if you’ve ever wanted to see a Predator swing an Alien around by its tail (I know I have). Ridley Scott stunk out the multiplexes with Prometheus and Alien Covenant and the hurt lingers.

Those films have their fans of course, as does this. Then again, they’re wrong and I’m right.