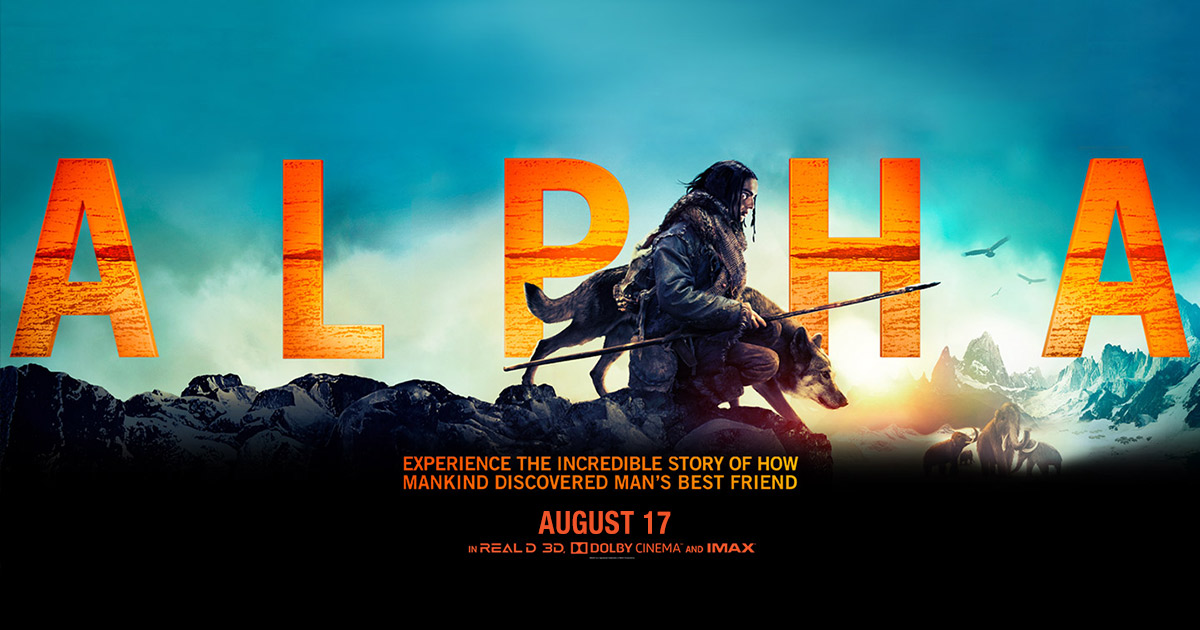 If ever there was a movie tailor-made for our ever-expanding family at Film Goblin it’s Alpha — the best movie I’ve had the pleasure of seeing this year.

Yes, Infinity War is most certainly the bridesmaid but Alpha is The Bride.

This movie is an artistic and creative triumph that touches on many of the themes and ideals that we Goblins hold dear. Concepts such as the love of a father for his son, selflessness, courage, survival, loyalty, overcoming our fears and earning trust.

This is a film that could easily have been made by Mel Gibson and when I saw it I was struck by the similarities to Apocalypto. But it wasn’t. It was made by the Hughes Bros.

Yes, the Hughes Brothers, who also made the quite good From Hell and Book of Eli, have returned from their big screen exile to deliver this most unlikely of masterpieces.

The cinematography is astounding. I haven’t been this dumbstruck by the sense of awe, beauty and menace displayed by nature onscreen since Apocalypto. Like that movie, Alpha is set against the backdrop of an untamed wild — this time the last Ice Age — with all of the dialogue being subtitled from an ancient dialect.

The Story Of Us, Except Not For Wine Moms

The movie is so good that I don’t want to spoil any of it for you.

Let’s just say it’s a story of survival, a father’s love for his son, a son’s love for his mother, father and home, how a boy becomes a man and an allegory around how the dog became Man’s most trust animal companion.

All of these ideas are set against a fantastically dangerous yet starkly beautiful Northern European Ice Age landscape.

It’s an experience and it’s everything we’ve been asking for here at Film Goblin.

It’s a movie for guys who like fixing things, enjoy eating red meat, driving fast and putting rounds downrange. This is not a film for soy-based lifeforms.

This is a film for us. So fucking watch it. Now. In the theater.

And let’s get the Hughes Bros some more excellent scripts because they’ve put together a Kurosawa-like work of art that would’ve made the master proud.