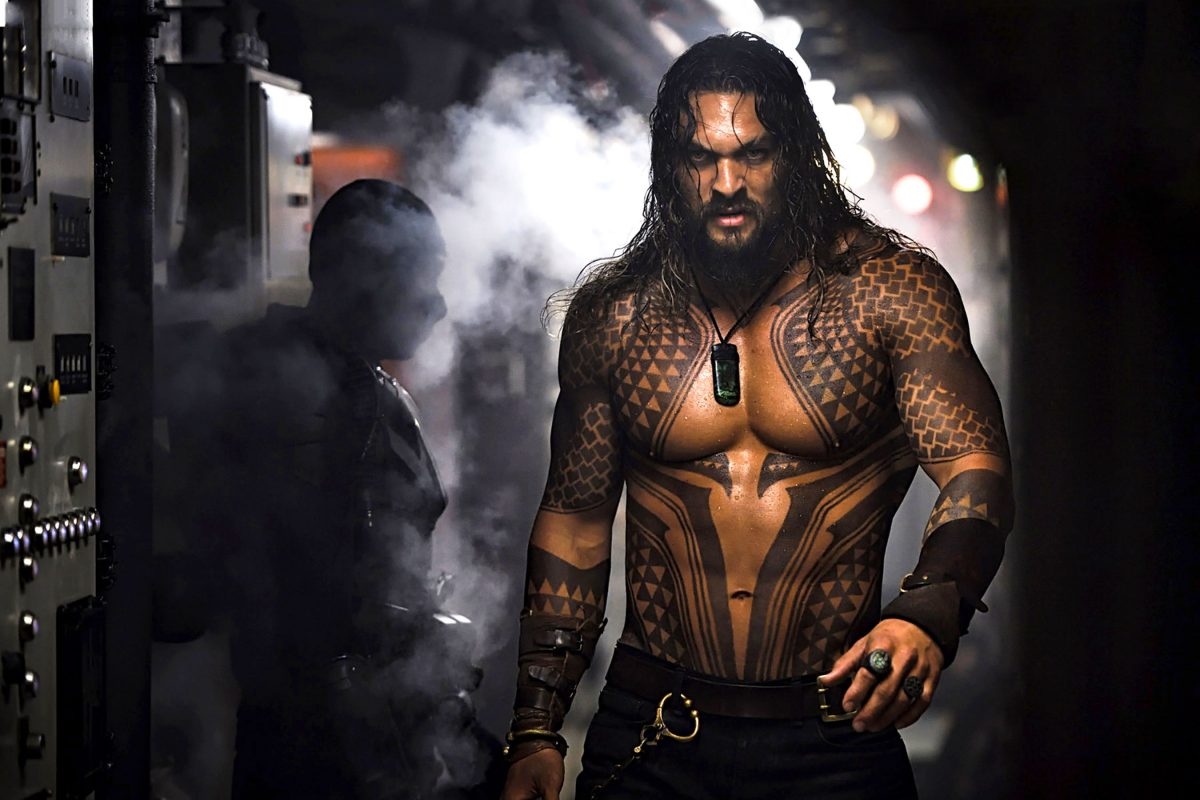 Andy’s Back, Back Again…

Sorry, fellow Goblins, my inner Eminem got a hold of me.

I’m back in-country, just returning from another worldwide tour and Mrs. Andy charged up her Moviepass and dragged me to the new Aquaman movie!

Now, I have a particular time I like to have my theater-going experience. They’ve just renovated the local AMC Theater with the new, plush recliner seats and Mrs. Andy wanted to check it out.

We get to the theater and she’s already bought the tickets online so I ask her if we got the Imax showing. She proudly says “Yes!”.

She did not (You should have read that in Ron Howard’s voice).

She got the non-Imax 3-D showing, which usually gives me a splitting headache. The last 3-D movie I saw was the first Avengers in 2012. That one gave me a blinding skull-crusher, mostly due to all the “Battle of New York” action at the end.

Immediately I notice the de-aged actors. Marvel definitely has the upper hand on the technology. Nicole Kidman still looks good, especially in a skintight wetsuit.

Visually, the movie is beautiful. Director James Wan knocks it out of the park with the glorious underwater landscapes. The undersea creatures, though quite majestic, were a little overboard. How has a one man from the surface, a submarine, a fishing boat, a robot camera sub, THE U.S. FREAKIN’ NAVY, ever NOT seen any of these?

I know, I know, it’s a comic book movie. I suspend my disbelief.

There’s a lot going on in this film. Arthur Curry’s origin story, the full origin of the fall of Atlantis, the royal families, the hierarchy of different kingdoms, worldwide travel in search of the Holy Grail, sorry, I digress.

All in all, a lot more fun than JL, but the last act reminded me of how Wonder Woman‘s last act went.

A little long. Big battles, creatures, unnecessary exposition. This movie has it all.

Jason Momoa does okay. He tones the surfer dude down a notch and is a pretty decent action figure. I like what he does with DC’s jokingly least-powerful superhero.

The underwater talking took me out a bit. I was hoping for some cool reverb when they spoke or maybe some vibrations around the mouth, little bubbles, but alas, no.

Amber Heard, while also visually striking, ironically couldn’t act her way out of a wet paper bag. Her wig is distracting and doesn’t seem to fit her head properly; in the underwater shots, you can tell it’s CGI.

Mrs. Andy kept asking how the hell she got the part. I said “You know. YOU KNOW.”

Patrick Wilson is the standard “Waaaaaa, I wanna be king!” character. His only motivation apparently seems to be….he wants to be the king. And stop throwing garbage in his driveway.

Black Manta, while well done, should have been saved for the sequel. The whole side story is pointless filler.

It was a “quest” film. Every time Aquaman and Mera completed a mission, it entailed them journeying to the next mission to get to their goal. THREE OR FOUR TIMES, video game style.

The editing could have been tightened up, not sure if it was because it was way past my bedtime or just the bloated story.

If you’re checking your watch during a movie like this, it means it needs some trimming.

Is there a post-credits scene? Don’t know, didn’t stay past the mid-credits scene. Sets it up for the sequel we all know is coming.

Overall, a better entry than BvS or Justice League, but probably equal to or less than Wonder Woman. At times it felt like they had written three different movies and then Fly-style teleported them into one giant “Aqua-fly”.

The 3-D wasn’t as bad as I thought it would be, but I still prefer the Imax non-3D screen for a large, special-effects-laden movie.

If DC would have followed the Marvel template and made individual hero movies before the abomination of Justice League, I think they would have done alright.